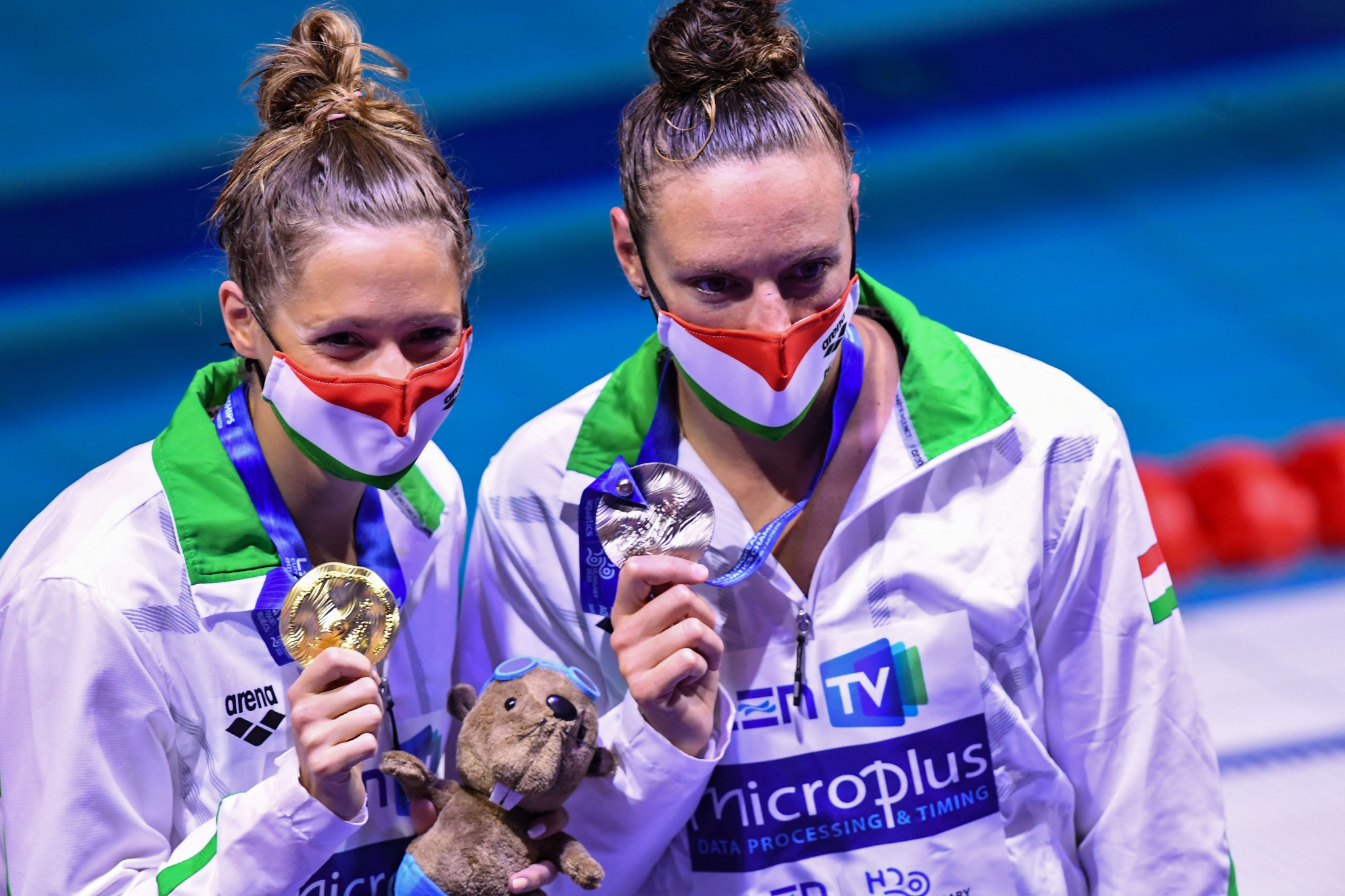 Boglarka Kapas led home a Hungarian one-two in the women's 200 metres butterfly ahead of three-time Olympic champion Katinka Hosszú on home soil at the European Aquatics Championships in Budapest.

Kapas finished in a time of 2:06.50 ahead of three-time Olympic champion Katinka Hosszú.

Close behind Hosszú was Russian Svetlana Chimrova, who claimed the bronze medal.

Robert-Andrei Glinta of Romania then won the gold medal in the men's 100m backstroke final in a blanket finish, with the top six separated by just 0.18 seconds.

Apostolos Christou of Greece and Yohann Ndoye Brouard of France tied for third on 52.97, winning bronze ahead of Mewen Tomac of France and Thomas Ceccon of Italy.

All of the top three were separated by just 0.15, with the bronze medal going to Britain's Freya Anderson.

Russia's world record holder Anton Chupkov expectedly won the men's 200m breaststroke title in 2:06.99 ahead of The Netherlands' Arno Kamminga and Erik Persson of Sweden who won silver and bronze.

Following his silver in the 100m backstroke, González de Oliveira claimed the gold medal in the men's 200m individual medley, winning in a time of 1:56.76, just ahead of Swiss silver medallist Jeremy Desplanches.

Italy's Alberto Razzetti was just half a second off the Spaniard for the bronze medal.

To round off the night, the British quartet of Kathleen Dawson, Adam Peaty, James Guy and Anna Hopkin won the gold medal in the mixed 4x100m medley, clocking a time of 3:38.82.