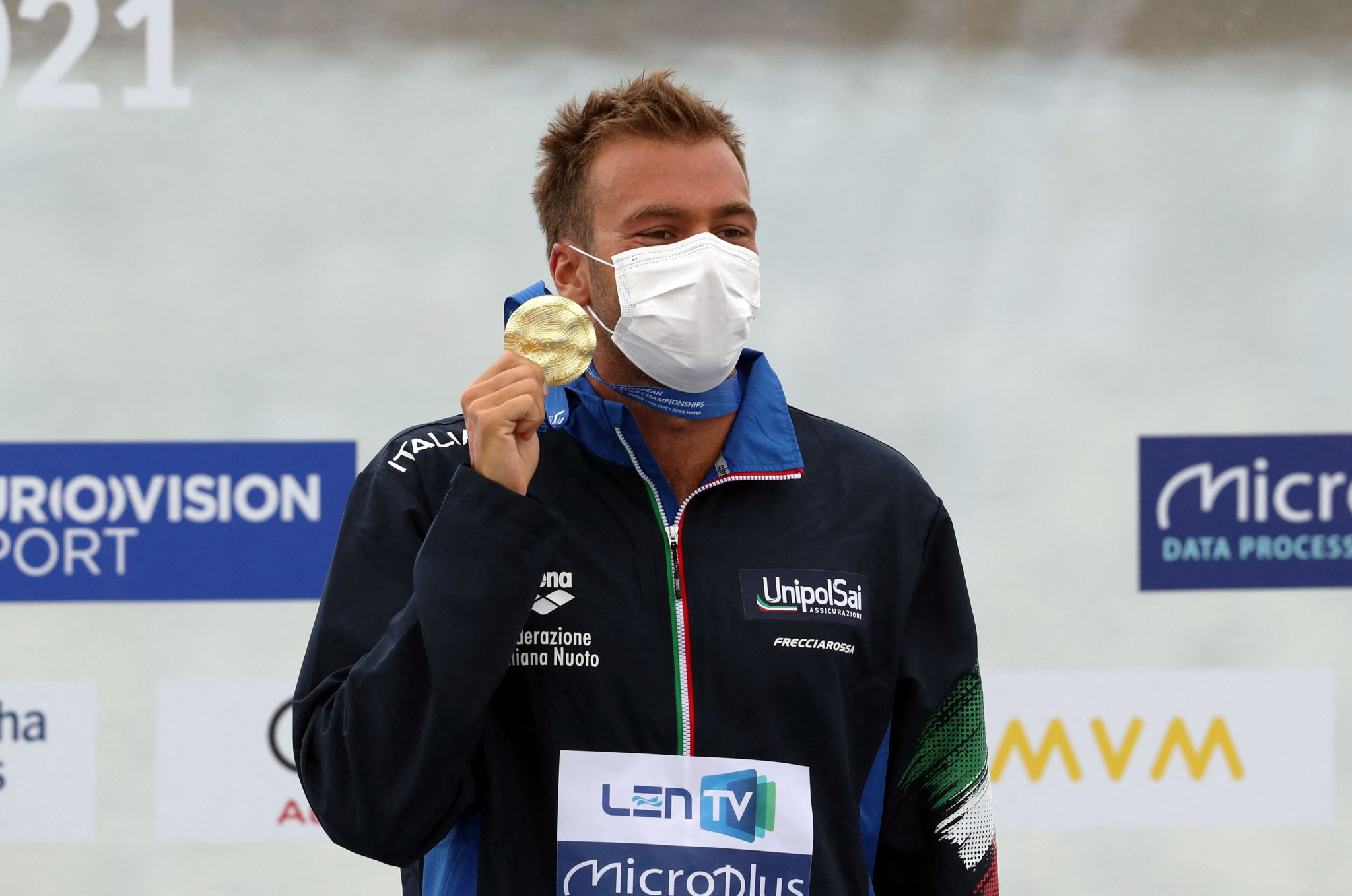 Italy enjoyed a fine third day of the European Aquatics Championships in Budapest, winning medals in four of six finals.

Gregorio Paltrinieri was among the nation's star performers and earned a first major title in open water as he won the men's 5 kilometres.

Fellow Italian Dario Verani was 3.3 off the leader's pace to collect a bronze medal.

The Netherlands' Sharon van Rouwendaal - the Olympic champion over 10km - won the women's 5km race in 58:45.2.

Back inside the Duna Arena, Russia won both artistic swimming events.

Italy were back to winning ways in diving as Chiara Pellacani and Matteo Santoro triumphed in the mixed 3m springboard synchronised event.

There was at least German gold in the men's 1m springboard contest.

Patrick Hausding was a runway winner, with 427.75 points compared to second-placed Jack Laugher's 402.90.