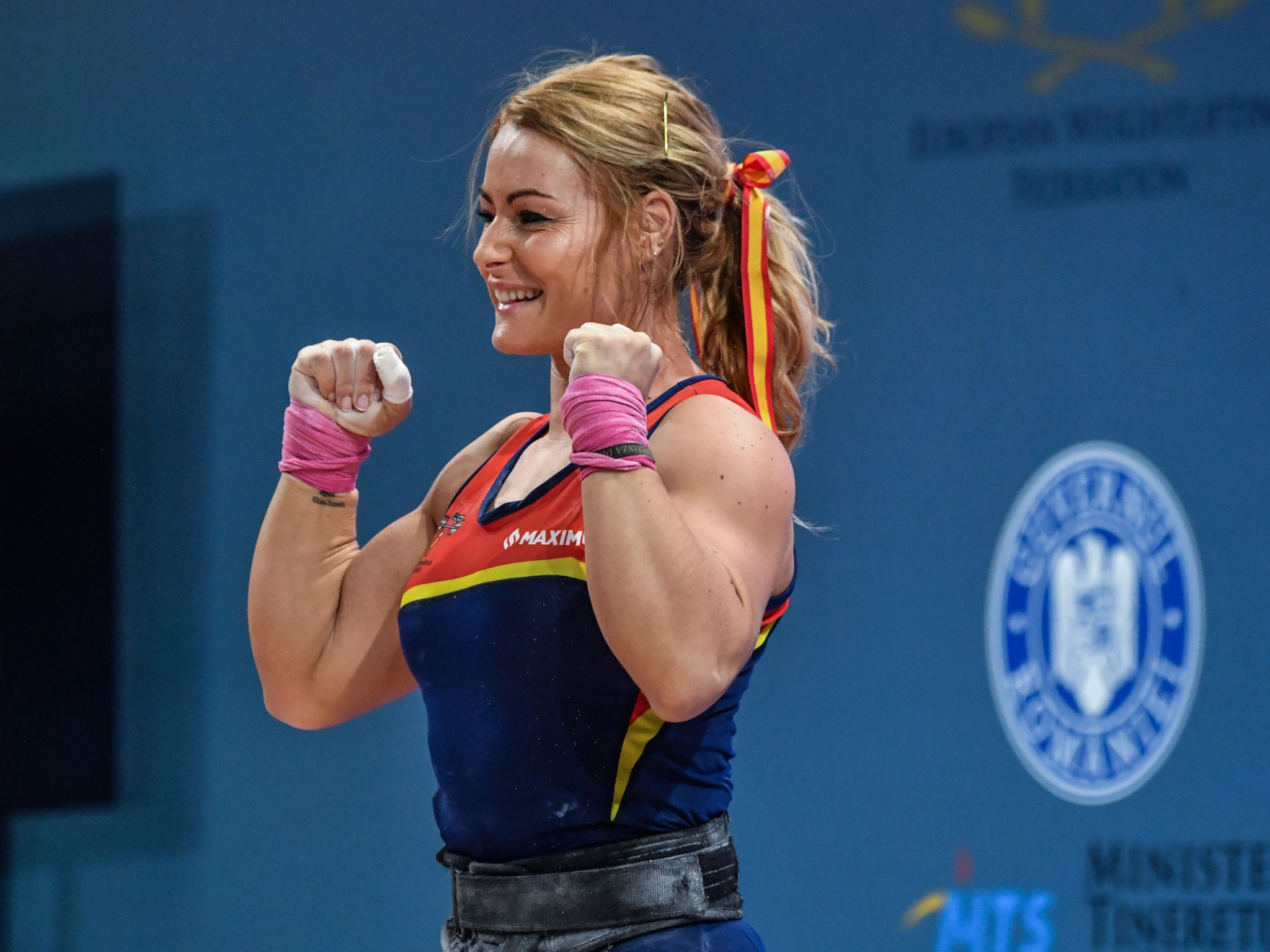 Lidia Valentin of Spain, who has won gold, silver and bronze medals at the Olympic Games, is moving up to a new weight in an attempt to qualify for Tokyo 2020.

Valentin will compete in the women's 87-kilogram category at the Open de Colombia in Cali, on Friday (May 14), heavier than any class she has entered in a career that spans more than 20 years.

Spain is one of eight European nations that has sent teams to compete alongside Latin American athletes in Cali, taking advantage of one last opportunity to improve their qualifying chances.

Three men from Spain, Josue Brachi, Acoran Hernandez and Victor Castro, and the Frenchwoman Anais Michel did not make a good start on Tuesday.

After this week only the African Championships in Kenya, and the International Weightlifting Federation (IWF) World Junior Championships in Uzbekistan remain on the calendar before qualifying ends on May 31.

The 36-year-old Valentin, who is among the world’s most popular weightlifters, is effectively using Cali as an "insurance policy" to enhance her chances of a fourth straight Olympic Games appearance.

When she was a teenager Valentin once weighed in at just over 62kg, while the most she has ever weighed is 79.25kg in the new 81kg class in 2019.

She finished fifth in Beijing and fourth in London but was promoted three places at both, many years later, when retesting of stored samples showed that athletes who finished ahead of her had been doping.

When she finally had a chance to stand on the podium "live" in Rio de Janeiro, Valentin said, "It may be a bronze medal but it feels like gold.

"I’m really excited that I could stand on the podium after so many years."

She then decided to try for a fourth straight Olympic appearance but all has not gone entirely to plan, and not just because of the disruption and delays caused by COVID-19.

Valentin suffered a shoulder injury in 2019 and last month she was forced to miss the European Championships in Moscow because of acute gastroenteritis, which landed her in hospital a day before she was due to fly to Russia.

Her totals have dropped, which is hardly surprising after so many years, and in her favoured 76kg category Valentin stands 14th.

That might be enough for a place in Tokyo but it looks tight, especially with two Europeans ahead of her.

Valentin has never before competed at 87kg so she does not feature on the rankings at that weight, but a respectable performance would immediately make her the leading European and give a huge boost to her chances of being in Tokyo.

Before being sidelined from the European Championships Valentin said, "I have no other expectations than to get the score to be in Tokyo for my fourth Olympic presence."

She will doubtless feel the same way this week and if she makes it, Valentin could be a contender for flagbearer for Spain at the Opening Ceremony.

She surely deserves that honour.

Valentin’s option of changing weight to qualify became a reality only last week when the IWF announced new qualifying rules, which were approved by the International Olympic Committee (IOC).

Under the original rules, which were amended because of disruptions caused by COVID-19, athletes were compelled to compete twice at a given weight during the qualifying period to be eligible.

Twice became once under the changes, a fact that led to claims of skulduggery this week from Antonio Urso, who was an IWF Board member for many years and president of the European Weightlifting Federation (EWF) until last month.

Urso has complained to the IOC, the IWF Board and every member federation of the IWF about perceived "serious issues and material irregularities" in the new qualifying system.

The system should be reviewed, said the Italian, who is President of his National Federation and who resigned from the IWF Board last year in exasperation because of corruption and poor governance.

The new rules put two Italian athletes at a disadvantage and favour the Belgian teenager Nina Sterckx, who has competed only once in the 49kg category, said Urso.

He suggested that Sterckx’s coach Tom Goegebuer, President of the Belgian Weightlifting Federation, had a conflict of interest in drawing up a proposed new qualifying system together with two fellow former members of the IWF Sport Programme Commission, Matthew Curtain and Attila Adamfi.

But Goegebuer, who is with Sterckx in Cali this week, said the complaint made no sense because he had nothing to do with the IWF's amended rules.

The Curtain-Goegebuer-Adamfi proposal, made before the continental championships that took place in April, was dismissed by the IWF Board.

Goegebuer said Urso should address any questions to the Board.

"An Olympic qualification system is voted by the IWF Board members and approved by the IOC," said Goegebuer.

"As a former member of the IWF Executive Board, Mr Urso should also know that the Sports Commission has been discontinued more than a year ago and the Board did not communicate with me at all on the subject."

Goegebuer pointed out that another Belgian competing in Cali, Anna Vanbellinghen, stands to lose out in the super-heavyweights because of rule changes.

"The Belgian athletes did not need any changes to the system and we play according to any rules that the IWF imposes," he said in a letter addressed, like Urso’s, to all member federations.

Goegebuer also pointed out that any athletes denied a fair chance to qualify under the old rules might have taken legal action against the IWF.

Luis Javier Mosquera was the star of the show on day one of competition in Cali, setting Pan American records in snatch and total as he made six from six in the 67kg.

Two Spanish lifters made only two good lifts between them.

Castro bombed out and Hernandez made 134-160-294, which will not improve his Olympic ranking.

Spain’s Brachi also failed to improve his ranking in the 61kg, which was won by the Colombian Habib De Las Salas, a Rio 2016 Olympian who had not competed in four years, on 278kg.

The host nation also won the women’s 49kg in which Manuela Berrio totalled 176kg, finishing ahead of Anais Michel of France by 6kg.

Unfortunately for Sterckx she, too, failed to make a total after three misses in the clean and jerk in the 55kg, which was won by Ana Lopez of Mexico with 195kg.

Colombia's participation in Tokyo is under question, as it has had three doping violations - which it is contesting - during the qualifying period and is liable to be suspended.