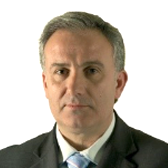 Jesús Castellanos has been returned as President of the Royal Spanish Taekwondo Federation following the organisation's General Assembly.

He will now serve another four-year term after first ascending to the top job in 2005.

If Castellanos completes his spell, it will mean he has led Spanish taekwondo for two decades.

His return to power was not quite unanimous as he received 59 of the 60 votes available.

One vote was returned blank.

Spanish Olympic Committee (COE) President Alejandro Blanco was among those who attended the General Assembly at the COE's Goyeneche Auditorium in Madrid.

Blanco was presented with a taekwondo dobok and black belt by Castellanos.

"In times of difficulty, taekwondo has succeeded thanks to everyone's work," said Blanco.

"Taekwondo has spoken and supported Jesús, a great leader, a benchmark for Spanish sport.

"I thank you for the past and for having worked so hard and so well.

"History unites us and the future awaits us.

"You are going to be the light for Spain and for the world."