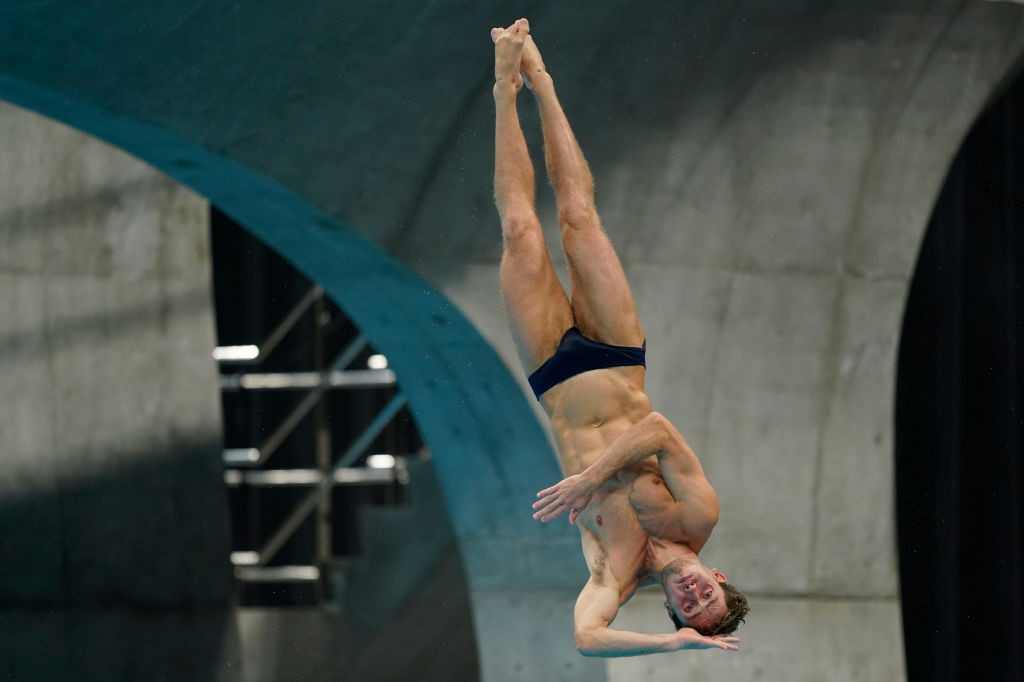 A team official tested positive for COVID-19 before the recently concluded Tokyo 2020 diving test event, it has been revealed, but the organisers have hailed the competition, which concluded last Thursday (May 6) as "highly successful".

In a joint statement following the conclusion of the Diving World Cup at the Tokyo Aquatics Centre, the International Swimming Federation (FINA) and the Tokyo 2020 organising committee expressed their pleasure.

"Among the 438 participants, including athletes, coaches and team officials, only one COVID-19 positive case, which was found to be in a team official upon arrival at the entry in Japan, was confirmed and announced on April 29," said in a joint statement.

"This individual was immediately quarantined, following the national procedure in place, and no close contacts were identified by Japanese authorities."

A state of emergency was declared in Tokyo last month in a bid to curb a rise in COVID-19 infections, with the tougher restrictions expected to be in place until at least May 11 - and now extended until the end of the month.

But Japanese organisers opted to go ahead with test events in diving and volleyball, which were followed by yesterday’s athletics test event at the Olympic Stadium, with Tokyo 2020 chief executive Toshirō Mutō insisting "we will take thorough countermeasures".

The Australian team pulled out of the diving event due to coronavirus safety concerns.

Diving Australia said it was "clear" that it would "not be safe" to send its athletes and officials to the World Cup, claiming Japan was "in the grip of a fourth wave of COVID-19".

The joint statement continued: "Athletes, coaches and officials were able to compete at the highest level in the outstanding venue that will host the swimming, diving and artistic swimming events during the Olympic Games this summer, from July 23 to August 8.

"During the six-days of competition for this World Cup (attended by 224 athletes from 46 nations), strict COVID-19 countermeasures were put in place in order to ensure the health and protection of all those taking part in the event.

"All participants fully complied with the measures in place and FINA and Tokyo 2020 really appreciated their efforts."

Speaking to the New Straits Times before the event, Malaysia Swimming secretary general Mae Chen claimed it was a "very strict bubble" but "everything had been planned out accordingly" by organisers.

"We are only allowed to be in our hotel rooms and the venue," he said.

"We are not even allowed to check out earlier after the competition.

"Upon arrival, the athletes will have to take another COVID-19 swab test.

"They will then head into the bubble environment if their results are negative.

"After that, they will only be allowed to travel to the pool and back to the room.

"Meals will also be delivered to the rooms with further swab tests every three days."

The joint statement maintained feedback from the competitors had been "very positive"".

It added: "The overall sensation is that the principles of ‘safeguarding everyone’s health’ and the ‘feeling of being safe’ prevailed, and were well ensured throughout the competition."

Speaking during the event, Jennifer Abel of Canada commented, "We need to adapt, everyone needs to cope with these conditions.

"The main goal for everyone is to be and feel safe, and we are very safe here.

"We cannot ask for better conditions with this COVID situation."