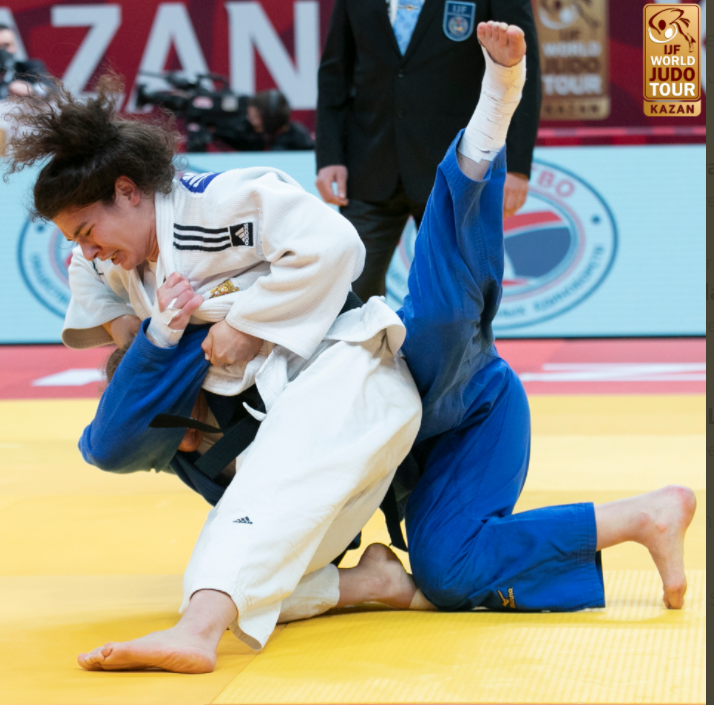 In what was the last major event ahead of the Budapest World Championships and the Olympic competition in Tokyo, Taimazova prevented Arai emulating the opening day’s golds earned by her compatriots Ute Abe and Funa Tonaki by stopping her progress to the final.

The last step to gold came at the expense of Germany’s Giovanna Scoccimarro, with bronzes going to Arai - who like Abe and Tonaki is Olympics-bound - and Sweden’s Anna Bernholm.

There was further home success as Makhmadbek Makhmadbekov defeated his fellow Russian Ayub Khazhaliev to earn gold in the men’s under-73kg final, embracing his teammate afterwards.

Brotherhood and Friendship!! These 2 young Russian Judoka show us exactly what sets Judo apart -🥇&🥈for Russia

Poland’s 2017 world bronze medallist Ozdoda-Blach earned her first ever Grand Slam gold at the age of 33 as she beat Brazil’s Ketleyn Quadros.

Classic display of sportsmanship after Ozdoba-Blach once again scored with her driving Kouchi - the World Medallist takes her first ever Grand Slam Gold!

The official Opening Ceremony featured the delivery of a message from the Russian President, Vladimir Putin, delivered by his aide Igor Levitin, in which he congratulated the organisers and participants, adding: "Russia is honoured to stage such a prestigious and high profile competition and we are entitled to host the tournament for a good reason.

"In our country there has always been a high interest in this spectacular, dynamic sport, in its unique history and philosophy.

"It is my strong belief that this tournament will become a large-scale, landmark event, attracting genuine attention from experts and numerous judo fans.

"Moreover, in the international sports calendar a Grand Slam is considered to be one of the most important events in the run-up to the Olympics in Tokyo, as the athletes will have to compete not only for medals, but also for the points to qualify for the Olympic Games."

Oleg Matytsin, Minister of Sport for the Russian Federation, also congratulated the organisers, concluding: "Russia is an open country, where we cultivate solidarity and mutual respect."

IJF President Marius Vizer added: "It's a great honour for our organisation to have our Grand Slam take place here in Kazan."