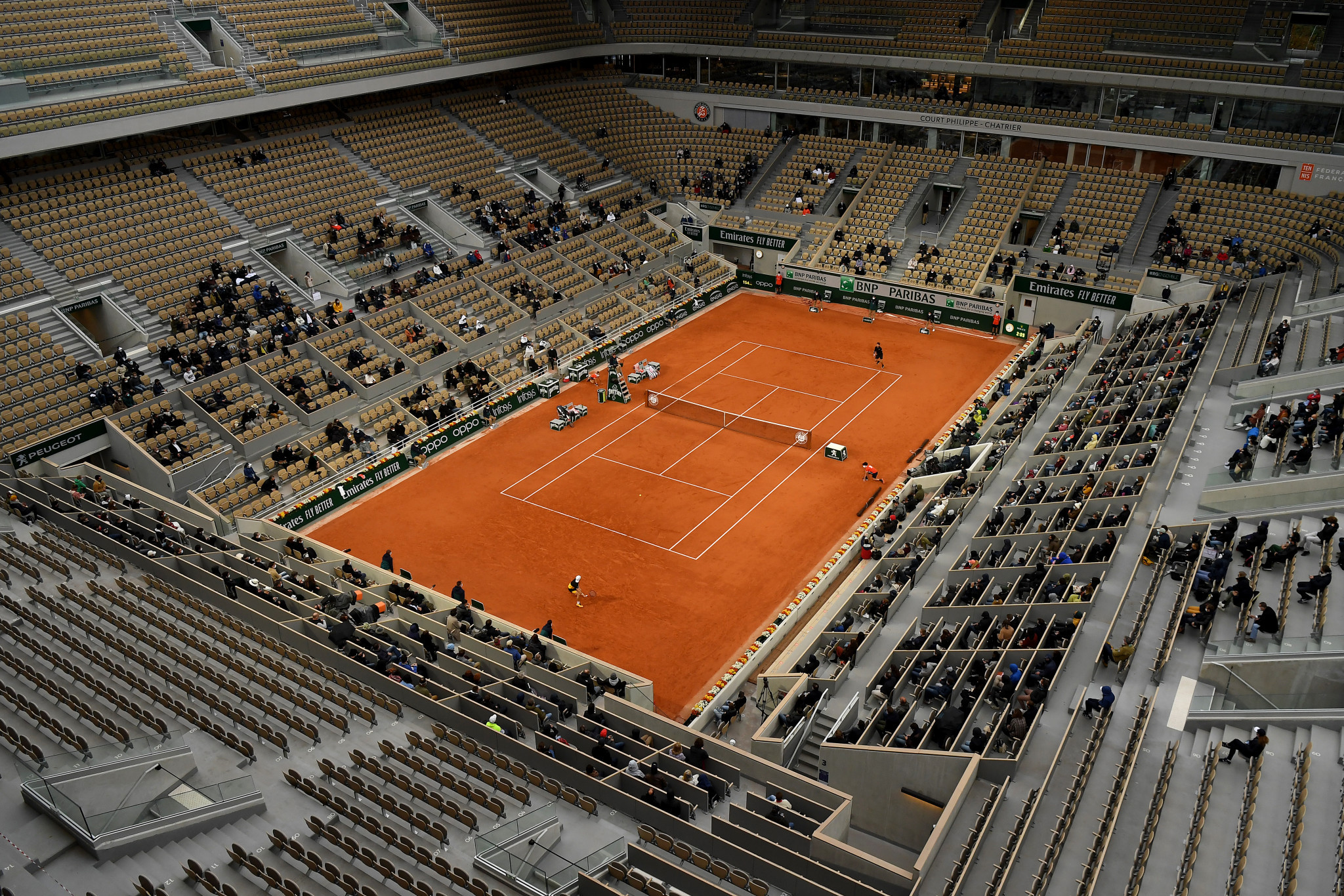 Up to 1,000 spectators are set to be allowed into each of the three main courts at the French Open for the first 10 days of the tournament.

French Sports Minister Jean-Michel Blanquer has given the green light for fans to attend the second Grand Slam of the year, scheduled to run from May 30 to June 13.

Due to the coronavirus pandemic, the capacity will be capped at 35 per cent until June 9, with a maximum of 1,000 fans allowed into the Philippe Chatrier, Suzanne Lenglen and Simonne Mathieu courts.

It is then set to increase to 65 per cent, with the three main courts welcoming 5,000 spectators for the quarter-finals, semi-finals and finals.

"The gauge is set at 35 per cent at that moment (when the tournament starts), with a maximum of 1,000 spectators...per court, of course," Blanquer told France 3 TV.

Last month, it was announced the French Open would be pushed back by a week in a bid to ensure as many spectators as possible can attend.

Fans are expected to allowed back into sporting venues in France from May 19 as the country starts to ease COVID-19 restrictions.

France has been gripped by a third wave of the coronavirus pandemic, forcing the nation into a partial lockdown.

The French Tennis Federation (FTF) said that "every week is important and can make a difference" when working to ensure supporters can watch the action.

Last year's French Open took place in September and October after being moved from its usual slot as a result of COVID-19.

The number of fans allowed each day at the French Open was also cut to 5,000 due to rising coronavirus figures.

Plans were in place to let in 11,500 spectators at the tournament, with Roland Garros divided into three zones.

But the FTF confirmed Paris police "prompted" them to reduce the numbers after a surge in cases.

More than 100,000 French citizens have died from coronavirus since the start of the pandemic - the fourth highest death toll in Europe.