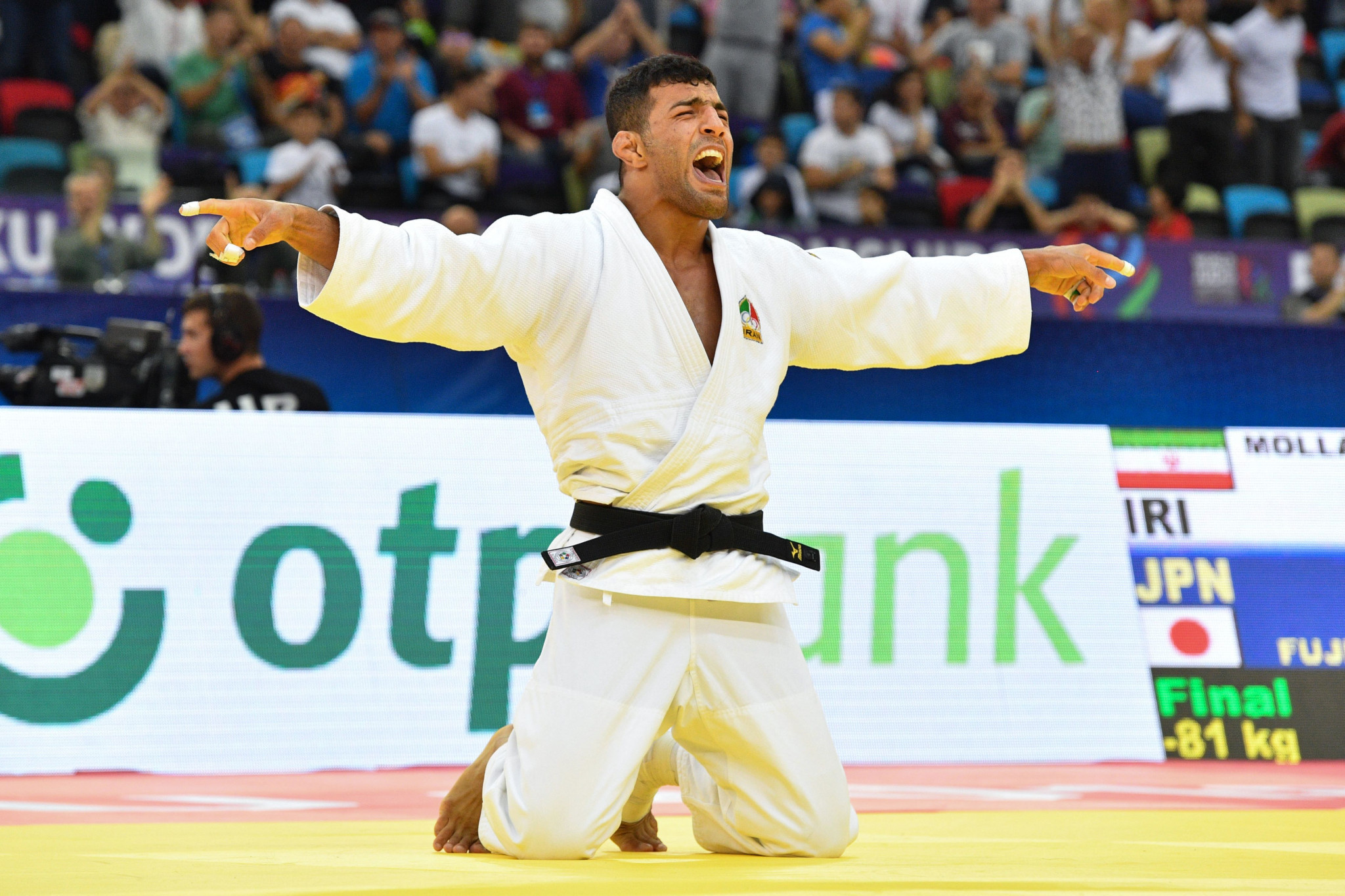 Iran has been hit with a four-year ban by the International Judo Federation (IJF) for "repeated and severe breaches" of the organisation’s statutes and the values of Olympism, after it instructed judoka Saeid Mollaei to avoid facing an opponent from Israel at the 2019 World Championships.

This is the second time the IJF has imposed a sanction on the Iran Judo Federation (IRIJF) in the case, with the original sanction of an indefinite suspension lifted by the Court of Arbitration for Sport (CAS), which ruled that "sanctions compliant with the IJF regulations should be imposed."

In its ruling, issued in March, the CAS panel concluded that "the IRIJF could validly be imposed a suspension or an expulsion."

Following its ruling, the CAS asked the IJF to revisit the case, and the sport’s governing body has now "provisionally withdrawn the status of the IRIJF as an IJF member for four years from September 18 2019 until September 17 2023."

Explaining its decision, the IJF Disciplinary Commission said: "In view of the repeated and very severe breaches of the IJF statutes and the fundamental principles of Olympism committed by IRIJF as acknowledged by the CAS panel, the Disciplinary Commission considers that the status of IJF member of IRIJF should be provisionally withdrawn (with all affiliate components) for a period of four years, i.e. a full Olympiad.

"The Disciplinary Commission considers that this sanction, especially given the backdating and the effect of the COVID-19 pandemic (which led to no competition being organised for most of 2020), is proportionate to the extremely severe offenses committed by IRIJF."

The case dates back to 2019 when Iran’s Government ordered Mollaei to withdraw to avoid facing an opponent from Israel at the 2019 World Championships in Tokyo.

The CAS were told that Mollaei had previously lost at the Abu Dhabi Grand Slam and The Hague Grand Prix when he could have faced Israel’s Sagi Muki in 2018.

Mollaei enquired with the IJF about changing nationality in November 2018, a month prior to the judoka losing in his first round match to a Japanese athlete at the Guangzhou World Masters when in the same pool as Muki.

Mollaei again lost at the Paris Grand Slam in February 2019 when on course to face Muki, before winning a bronze medal, and he did not attend the medal ceremony.

Following the incident in Tokyo in 2019 Mollaei refused to return to Iran and instead sought asylum in Germany.

Mollaei switched allegiances to Mongolia and represented the country for the first time at the IJF Tel Aviv Grand Slam in February, where he claimed a silver medal in the men’s under-81 kilograms category after being defeated by Paris 2020 Grand Slam finalist Sharofiddin Boltaboev of Ukraine.