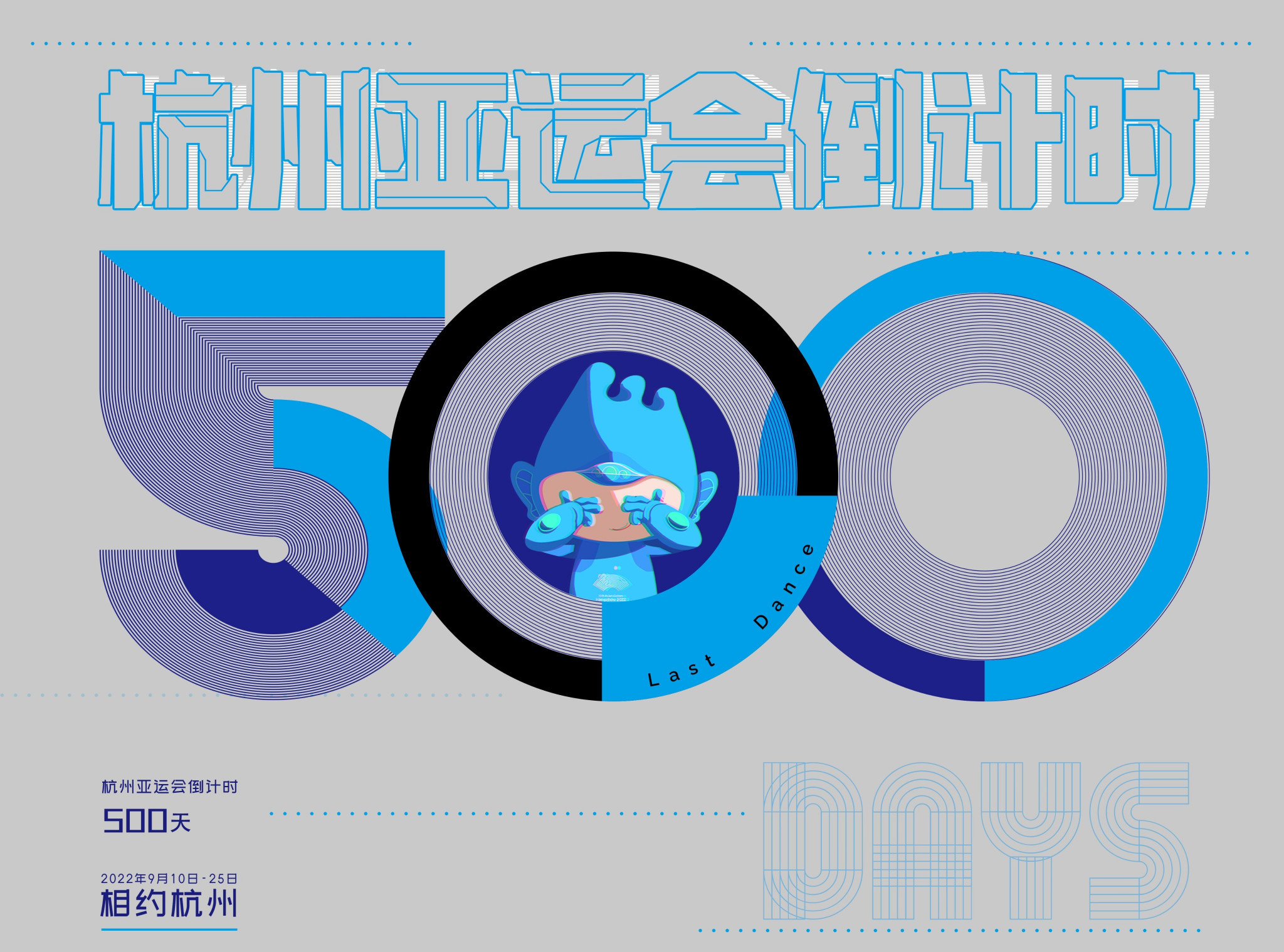 A series of countdown clocks have been lit up to mark the 500-days-to-go milestone until the start of the Hangzhou 2022 Asian Games.

The first batch of clocks are located at the City Balcony of the Qianjiang New City, Hubin Pedestrian Street and the Canal Culture Square.

It is hoped the clocks will help to promote the Asian Games, scheduled to be held from September 10 to 25 in 2022 in the Chinese city, and build excitement for the local people.

The Hangzhou 2022 Organising Committee said it "can’t wait for all the excitement" as the promotional campaign featured one of the three mascots symbolically clearing a hurdle in the race to the finish line.

Organisers are planning a number of celebrations in September to mark the one-year countdown to the Opening Ceremony.

These include music concerts and cultural performances as well as an arts activity and merchandise market.

The first batch of countdown devices of the 19th Asian Games, located in City Balcony of the Qianjiang New City, Hubin Pedestrian Street and the Canal Culture Square of Hangzhou were lit up.@AsianGamesOCA pic.twitter.com/NzA5cPEznB

The Big Lotus is due to play host to athletics and the Opening and Closing Ceremonies, while swimming, diving and artistic swimming will be held at the aquatics centre.

It was the first time the two venues had been opened to the public and organisers produced a short video to mark the occasion.

Organisers announced last week that they would begin a six-month global recruitment campaign in May to find 52,000 volunteers, with registration open until the end of October.

Hangzhou 2022 will be the third time that China has hosted the Asian Games, after Beijing in 1990 and Guangzhou in 2010.

More than 10,000 athletes are expected to compete in 40 sports and various disciplines at the Games.