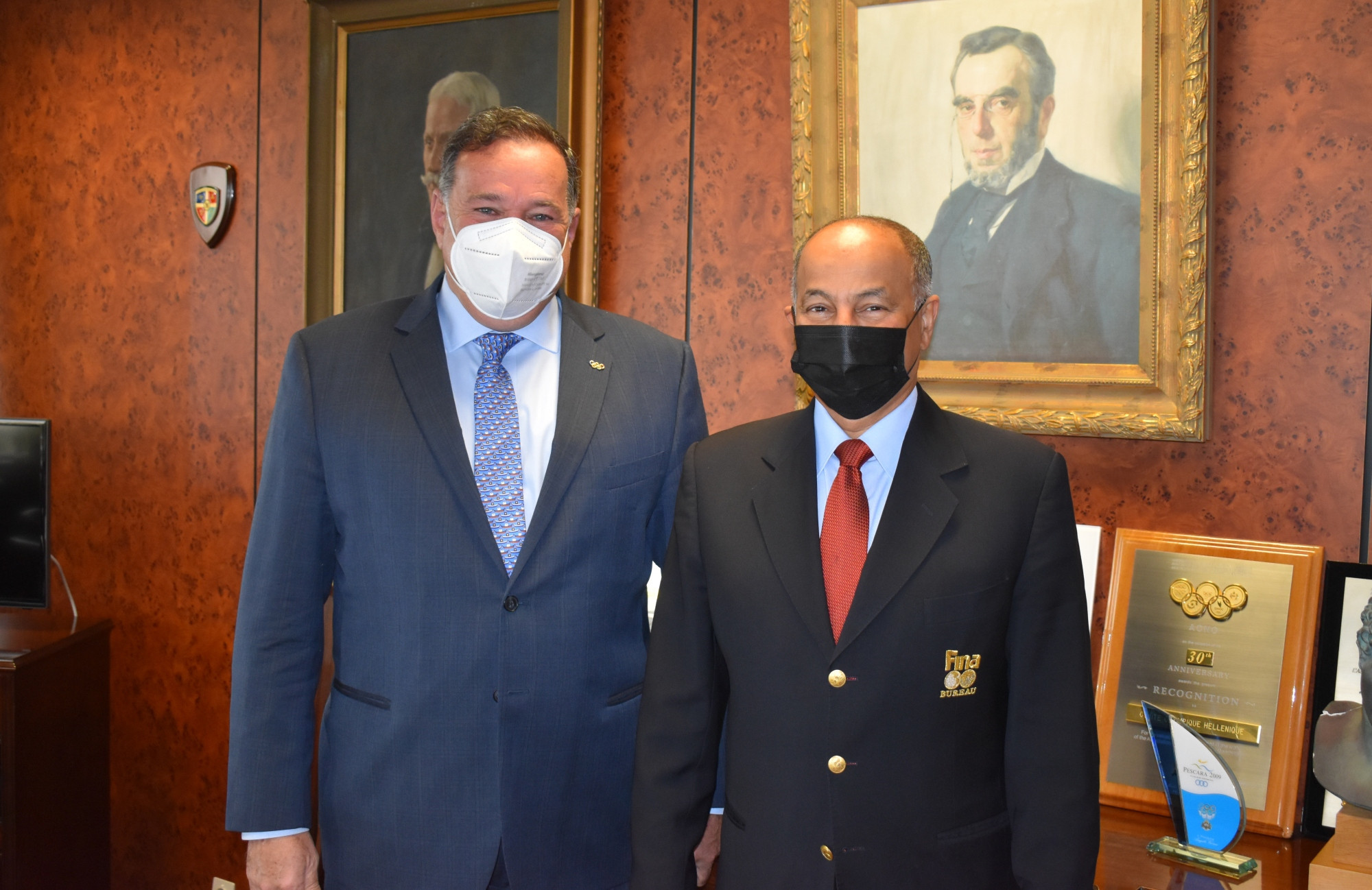 The Hellenic Olympic Committee (HOC) has hosted Husain Al-Musallam, an International Swimming Federation (FINA) Presidential candidate and director general of the Olympic Council of Asia (OCA), for a meeting during a visit of Athens.

"We welcomed Husain Al-Musallam to the premises of the HOC and wished him all the best for his forthcoming election to the most important capacity in the International Swimming Federation," said Capralos, who is an International Olympic Committee member.

"I have known him for many years and he told us that he is visiting our country because he is playing an important role in the International Olympic Movement.

"I am sure that we will have a very constructive cooperation in the future."

Al-Musallam was accompanied by Andrey Kryukov, who is a member of the FINA Bureau, a National Olympic Committee of the Republic of Kazakhstan vice-president and was chair the OCA Evaluation Committee for the 2030 Asian Games.

The meeting was also attended by the President of the Hellenic Swimming Federation (HSF), Kyriakos Giannopoulous, and first vice-president Leonidas Athanasiadis, as well as Kalliopi Araouzou.

Araouzou, a winner of two medals at swimming World Championships, is the athletes' representative on the HSF's Board of Directors.

FINA is due to elect a new President at its General Congress, scheduled to take place on June 5 in Qatar.

In November, Al-Musallam was nominated as Asia's candidate for President, before also being endorsed by African Swimming Confederation President Sam Ramsamy.

Al-Musallam is the only official to have declared publicly that they are running for President, and the deadline for nominations was in February.

Uruguay's Julio Maglione, the incumbent, has spent 12 years at the helm of the organisation and will remain on the Executive as "Immediate Past President" after the election.