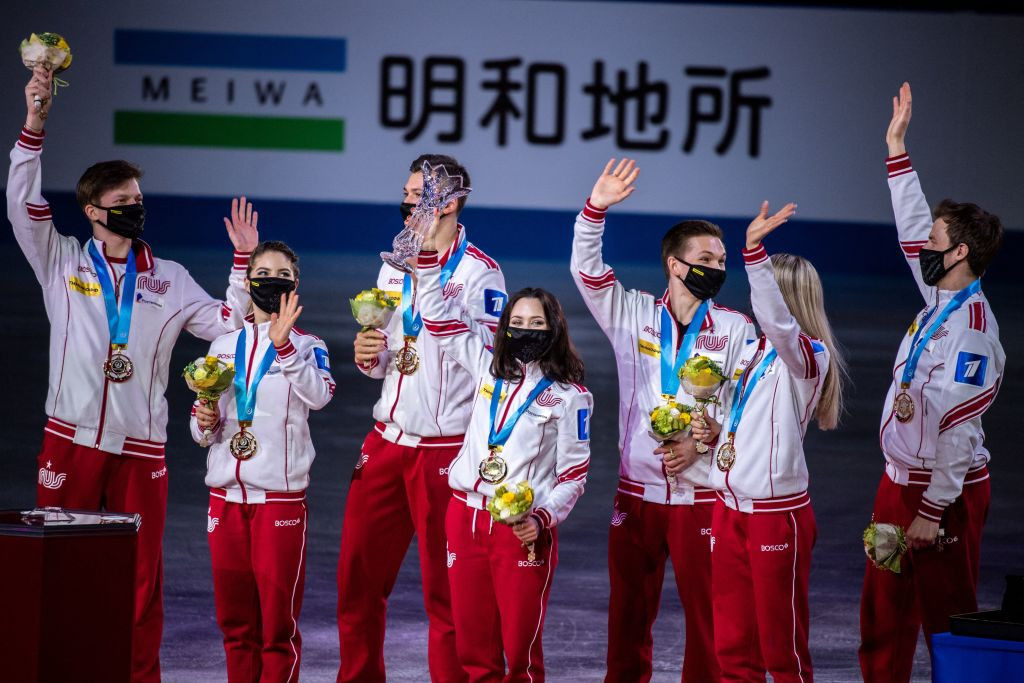 Russia ended the competition on 125 points, 15 clear of the United States in second, while Japan took bronze on 107.

World pairs champions Anastasia Mishina and Aleksandr Galliamov had earlier moved Russia to the brink of victory when they won the free skate on 151.59.

The wins for Shcherbakova and Mishina and Galliamov gave Russia the maximum 12 points and wrapped up a triumph that had looked inevitable prior to the final day of competition in the Japanese city.

"I want to say I'm so proud of my team; we all skated so good after a difficult competition, after the worlds we were so tired," said Russian team captain Elizaveta Tuktamysheva, who finished third in the women's free skating event.

"But we showed all of our power here - we were so strong.

"That's why we were able to be in first place."

Shcherbakova topped the women's free skate ahead of Japan's Kaori Sakamoto, who finished in second on 150.29, while Tuktamysheva was third on 146.23.

"I couldn’t let up after Stockholm because of this competition, but now that this is over, I can finally relax," the recently-crowned world champion said.

Russia are only the third team to win the biennial World Team Trophy, first held in 2009, as every other title had been claimed by either the US or Japan.