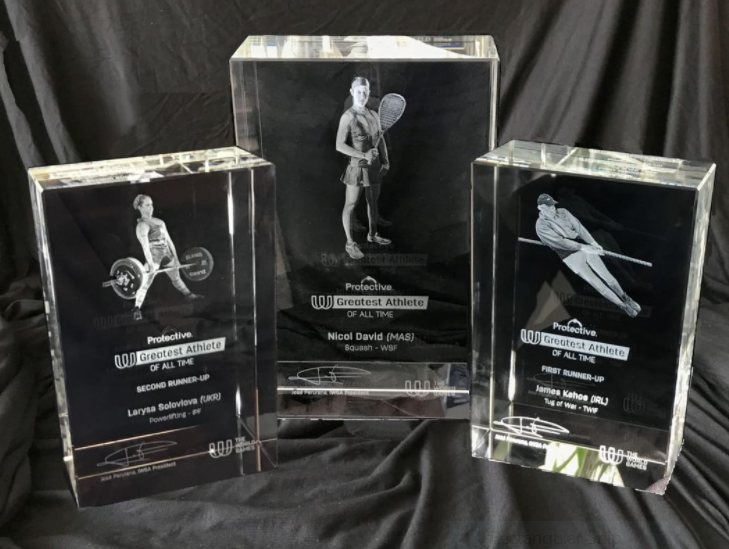 Trophies for The World Games Greatest Athlete of All Time competition are en route to the three sporting figures who finished top of the voting that took place in January.

The trio had originally been part of a 24-strong list of nominees, before this was cut to the top 10 athletes on January 20.

The vote took place to mark the 40th anniversary of the first edition of the World Games, which was held in Santa Clara in the United States in 1981.

"It’s a huge honour to be nominated by The World Games for the Greatest Athlete of All Time and to gain so much support from everyone in Malaysia and the squash community," David said.

"It came as a surprise to see me amongst these other top athletes and I’m grateful for this... hopefully it can elevate attention for the future of squash, and it’s a proud moment to represent my country and Asia."

Now retired, David was the women's world number one for a record-breaking 108 consecutive months, starting from August 2006 and ending in September 2015.

"I would like to warmly congratulate Nicol David, and also all the other candidates in the race," said International World Games Association President José Perurena.

"Nicol David is an inspirational athlete, and a fine role model for younger athletes."

Kehoe, winner of nine World Games medals, said he had been "totally overwhelmed" by the support he had received.

"The group organising the campaign pushed the event way beyond the tug of war community, with social media, newspapers, national radio and TV bringing the campaign to the wider public," he said.

"I have to say that the Irish everywhere are always great to support one of their own."

The top three athletes are set to receive a diploma, a trophy and a branded gift from the sponsor of the vote Protective Life.