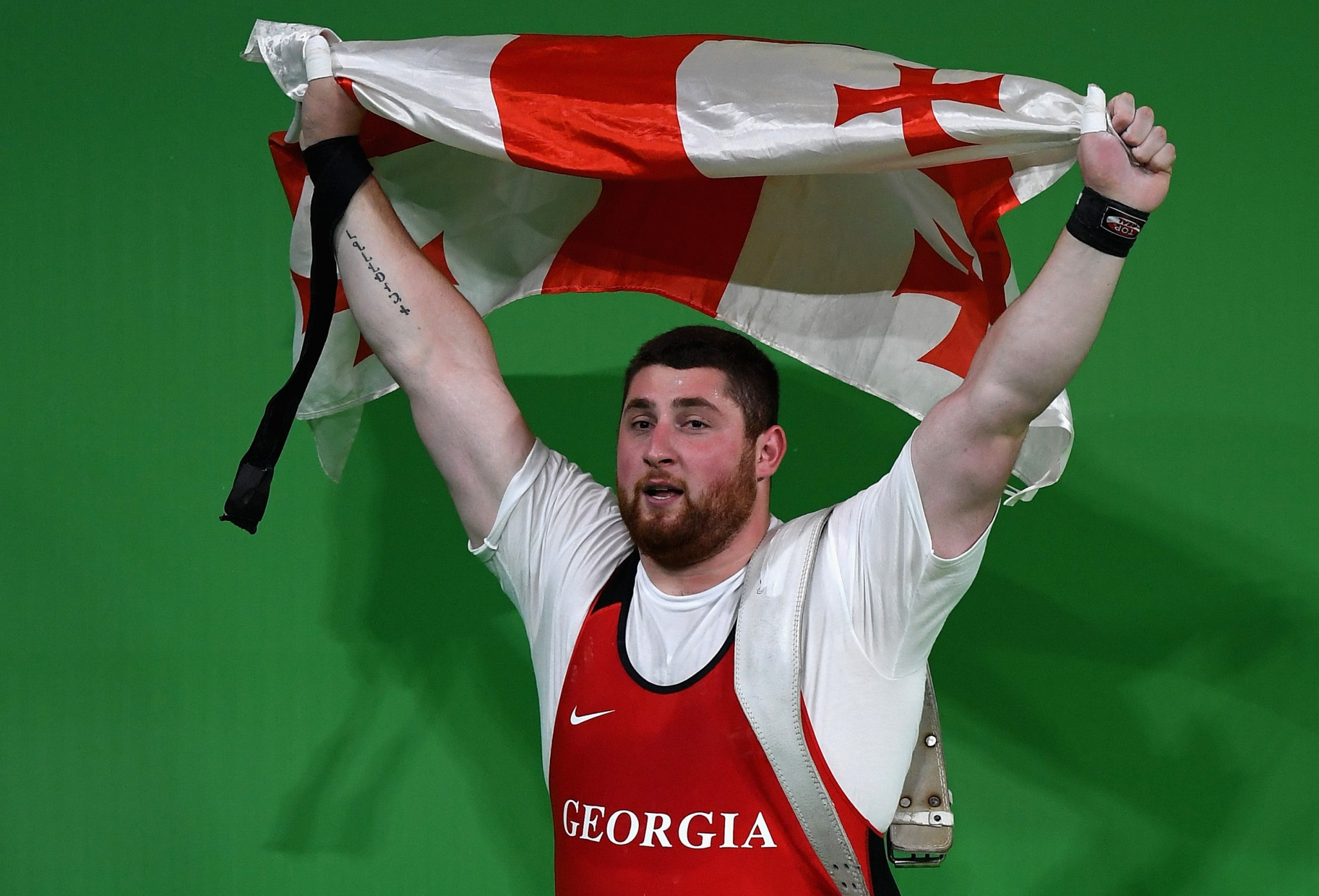 The European Weightlifting Championships ended on a high note in Moscow, where the incomparable Lasha Talakhadze broke two world records.

The Georgian super-heavyweight, known worldwide simply as "Lasha", made it look easy as he won his fifth consecutive senior continental title.

Emily Campbell won the women’s super-heavyweights to give Britain a second success, and their best medal tally at the European Championships since 1948.

Lasha made all six attempts, bettering his own world records in snatch and total.

His 222 kilograms was an improvement of 2kg in the snatch, and he bettered the total by 1kg when he made his final clean and jerk of 263kg.

That left him on 485kg, ahead of the Armenian Gor Minasyan yet again.

It was another sensational success to leave Lasha way out in front of the all-weights qualifying list for the delayed Tokyo 2020 Olympic Games.

He was the only athlete in the world with more than 5,000 points before he started, and he goes to Tokyo as arguably the strongest gold-medal favourite in any weight category.

How galling it must be for Minasyan, whose could have won plenty of major medals but for the presence of Lasha.

In the past two World Championships, and at the 2016 Olympic Games in Rio, Minasyan finished ahead of all his other rivals but could not get within 20kg of Lasha.

Minasyan, a year younger than Lasha at 26, has finished second seven times in his in his past 10 competitions.

If his hopes of overtaking the giant Georgian, who weighed in at 176.3kg, look slim perhaps his team mate Varazdat Lalayan will have a chance in the years to come.

Lalayan, the world and European junior champion, is only 21 and is improving fast.

His 445kg total was an improvement of 21kg on his previous best and good enough for third place.

Minasyan also made a career-best total, 464kg, but once more he could not get within 20kg of Lasha.

Another improving young lifter is Enzo Kuworge of The Netherlands, who made a personal best of 398kg at the age of 19, and would probably have passed 400kg but for a "no lift" decision when his elbow appeared to touch his knee.

Britain did not enter a single male lifter in Moscow but still finished with its best medals tally in 73 years.

Campbell won by a commanding 24kg to give Britain a final tally of two golds and one silver on total.

Campbell made all six lifts, just like her friend and training partner Sarah Davies, a silver medallist in the 64kg.

Both women are coached by Cyril Martin and Dave Sawyer at the Atlas Gym in Alfreton in Derbyshire, and both set British records.

Campbell finished well ahead of Anastasiia Lysenko of Ukraine and Melike Gunal of Turkey.

As Tatiana Kashirina, Russia’s multiple champion, is suspended, Campbell is the top European contender for Tokyo 2020.

Britain will have at least three women competing - Campbell, Davies and Zoe Smith, who was sixth in the 59kg in Moscow.

The 81kg gold medallist Emily Godley also has a chance.

The 38-year-old Slovakian Martina Hrašnová finished 57kg behind Campbell in sixth place but she is still hopeful of making it to Tokyo too - in a different sport.

Hrašnová, the oldest lifter in an A Group in Moscow, is a hammer thrower who has shown an aptitude for weightlifting in training.

She is coached by Rudolf Lukac, twice an Olympian in weightlifting who also specialises in athletics, and has also had training-camp coaching from the Turk who coached Halil Mutlu, Cafer Topcu.

If she makes it through the athletics qualifying system it will be Hrašnová's fourth straight Olympic Games appearance.

In her first attempt at international weightlifting she made a very respectable 103-116-219.

Ukraine finished top of the medals table, in which the top 10 were: Ukraine, Bulgaria, Georgia, Romania, Armenia, Britain, Turkey, Italy, Azerbaijan and Russia.