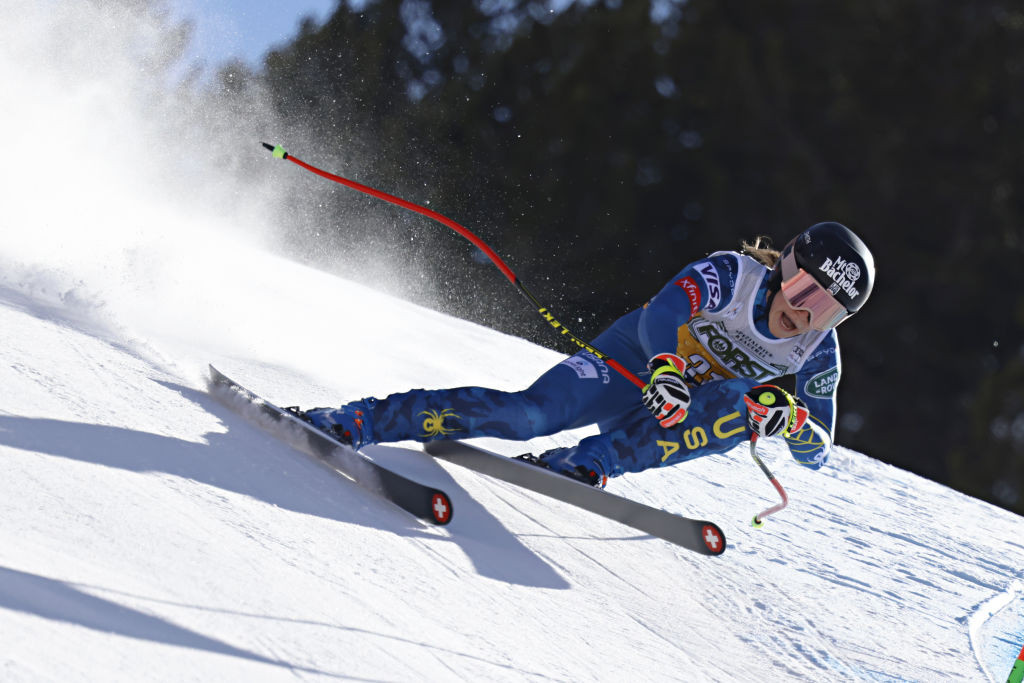 Three of the United States' leading Alpine skiing performers of recent years - Laurenne Ross, Resi Stiegler and Alice McKennis Duran - have announced their retirement at the end of this season.

Between them they have made seven Olympic appearances and more than 400 World Cup starts, NBC Sports reports.

Ross, a 32-year-old who in the course of her career has overcome concussions, a shattered pelvis, double-digit shoulder dislocations, an anterior cruciate ligament (ACL) rupture, a hip tear, bulging discs, severe ankle sprains and more than 200 stitches in her face, announced her final race would be at the current US Championships in Aspen in Colorado.

"From the community to the thrills, the injuries and pain, the sights, the flow, the love and the growth, I’m so grateful for every single part of my adventure through ski racing," Ross posted on social media.

"It feels like I’m about to lose an enormous part of myself, but I am comforted by the gut feeling that 'it’s time.'"

Ross was the only American woman to race the downhill at both the Sochi 2014 and Pyeongchang 2018 Olympics, her top finish being 11th in Sochi.

Ross also made two World Cup podiums - three years apart - and was fifth in the downhill at the 2017 World Championships in St Moritz.

"I am fulfilled with what I’ve experienced, and am ready to let go of the 'what ifs' and untapped potential," Ross added.

"It’s like I’m standing in the start gate of a course I’ve never raced on before.

"Except I haven’t inspected and there are so many unknowns that I’m about to face: dragons, math equations, good trouble, and fireworks."

Stiegler, 35, was for a time the top US female slalom skier, bridging the gap between six-time World Cup race winner Kristina Koznick and the emergence of four-time slalom world champion Mikaela Shiffrin.

The daughter of Austria's three-time Olympic medallist Pepi Stiegler, she once got out of a speeding ticket in Austria by claiming to be Lindsey Vonn and often raced with tiger ears glued on her helmet.

Stiegler recorded 16 World Cup top-10 placings from 2004 to 2007, before earning her one podium in 2012, coming back from a fractured tibia and femur that kept her out of the Vancouver 2010 Winter Games.

She recovered to reach the last two Winter Olympics, having finished 11th in the Alpine combined at Turin 2006.

"No words can explain any of it," Stiegler posted on her social media after a final World Cup run wearing her tiger ears.

"Let the memories and stories live on.

"I love it so much and I’m so thankful for it all."

McKennis Duran, 31, said the word "abundant" came to mind when looking back on her career.

She won a World Cup downhill in St Anton in Austria in 2013, but had no top-10 finishes in the following five years before finishing fifth in the Olympic downhill in 2018.

In between, she missed Sochi 2014 after shattering her right tibia.

McKennis Duran received 11 screws, a metal plate and an 11-inch scar she affectionately called "The Shark".