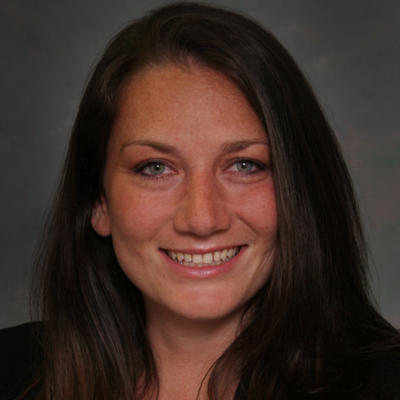 Former United States judoka Christina Yannetsos has described how she was adversely affected for several months after contracting COVID-19 while working on the medical frontline.

"I did get COVID in November during our second peak, in which I had moderate symptoms," Yannetsos, an emergency room physician and assistant professor of emergency medicine for the University of Colorado’s School of Medicine in Denver, told insidethegames.

"I felt like I was letting my team down because I could not fight beside them while I was sick.

"But after November I had some decreased exercise tolerance for a few months and got short of breath with any exertional activities."

The 37-year-old medic, who is now back at work - "I love my job" - was a silver medallist at the 2003 Pan American Games before being unable to take up her place in the competition at the Athens 2004 Olympics because of a shoulder injury.

Yannetsos maintains strong links with her sport and has another Olympics on her horizon as head team physician for USA Judo.

In March 2020 Yannetsos worked with American College of Emergency Physicians, speaking to Senators and Representatives in Washington DC to help obtain personal protective equipment, and spoke of the challenges faced by American physicians on the frontline.

A month later Yannetsos took delivery of 300 hospital-grade masks that had been sourced and sent to her by China's 2008 Olympic gold medallist and 2012 Olympic bronze medallist judoka Tong Wen, following discussions with her long-time friend Keith Bryant, the USA Judo chief executive.

The items were swiftly distributed to Yannetsos’ team mates and fellow frontline workers in the battle against COVID-19.

Meanwhile Hayley Wickenheiser, four times an Olympic ice hockey champion with Canada, who will become a fully qualified physician in the field of emergency family medicine next month, has offered a grim analysis of the current situation with the virus in her country.

"I think I am on the front lines," she told insidethegames.

"I’m in the surgery right now, I’m in the operating theatre every day, and obviously people are seeing patients that are intubated in hospitals.

"Things continue on with these variants and extreme measures, and I think we are still a ways away from being able to say we are out of this pandemic and moving forward.

"I think the situation is as bad as it has been since the start, and with the third wave and the variants I think we are in this for the long haul, so it’s just important to stay vigilant.

"And as people get vaccinated I think we are just going to be dealing with variants of this virus and hopefully it will become like the flu over time where we can keep it from being a lethal disease.

For the full story of athletes and ex-athletes on the front foot in the fight against COVID-19, click here for the Big Read.