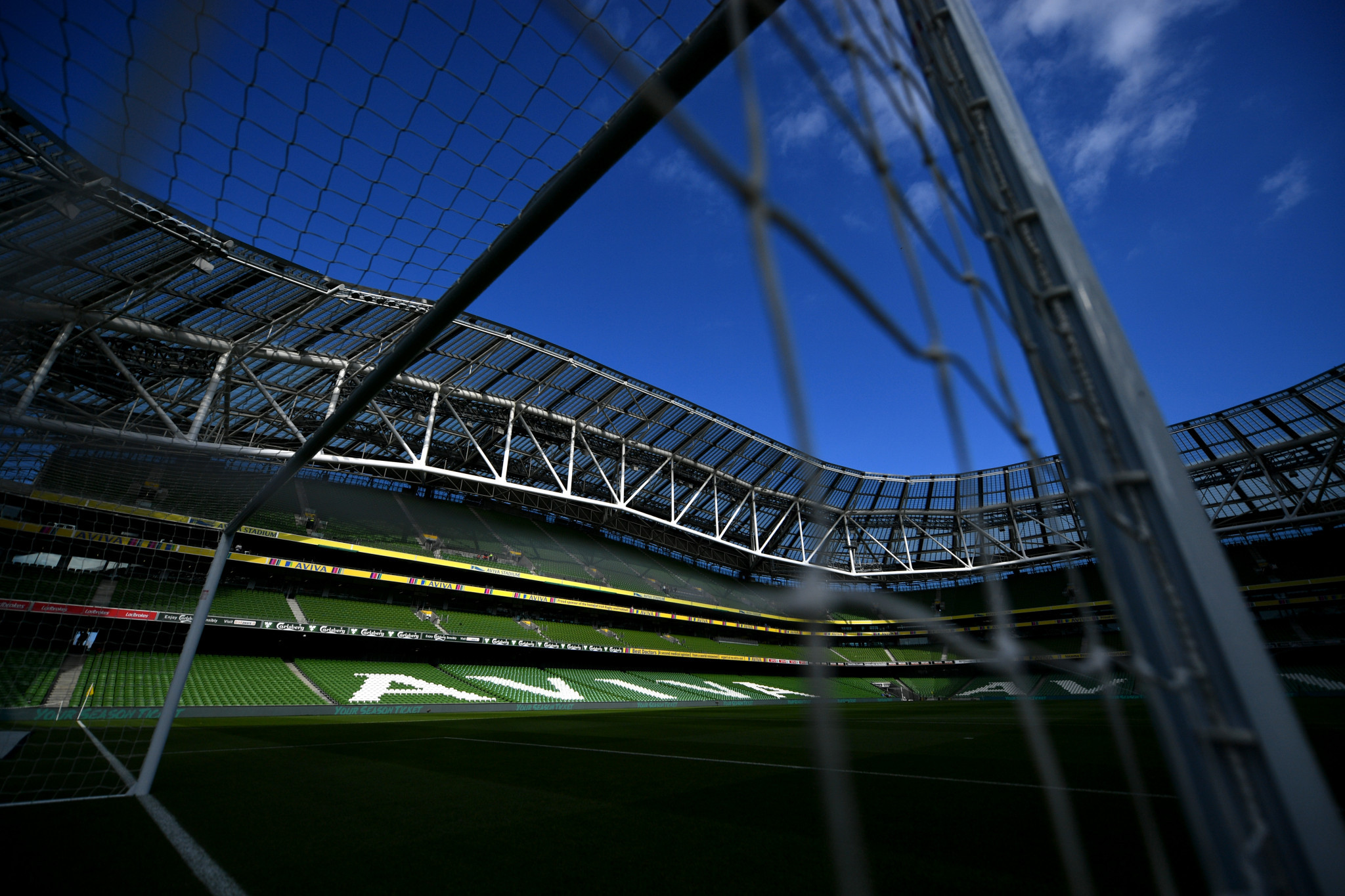 Four of the proposed host cities for this year's European Championship in men's football have been given until April 19 to offer UEFA more information on their plans for fans to attend matches, but the other eight venues have provided assurances that spectators will be permitted.

UEFA wants spectators at all Euro 2020 fixtures, but Dublin, Bilbao, Rome and Munich were unable to give European football's governing body the desired assurances this week in light of the ongoing coronavirus pandemic.

They have been given 10 days to deliver updated plans or could lose matches.

Officials in Budapest have laid out the most ambitions plans, saying the Puskás Aréna will be at 100 per cent capacity, with "strict" requirements for fans to be allowed in.

It is claimed the stadiums in Baku and Saint Petersburg will both operate at at least 50 per cent capacity, while Amsterdam, Bucharest, Copenhagen and Glasgow will admit spectators at 25 to 33 per cent volume.

London's Wembley Stadium is slated to stage the semi-finals and final, plus group games and a round-of-16 clash, and the authorities say at least 25 per cent of seats will be occupied, but hope to increase that figure as the tournament progresses.

Euro 2020 - which has kept the same name despite being delayed by 12 months because of the coronavrius crisis - is scheduled to begin on June 11 in Rome.

Of the four troublesome host cities, Rome appears the least at risk of losing games.

The Italian Football Federation claims to have Government backing for its spectator plan but a minimum capacity has not been divulged - something UEFA will want to know.

There is by no means a guarantee that the extra 10 days will enable Munich, Bilbao or Dublin to assure UEFA some fans will be able to attend matches.

Bavarian Prime Minister Markus Söder has warned before that UEFA will "meet with resistance" if it continues to insist fans be present at matches in Munich, and Germany appears headed for another lockdown due to rising coronavirus case numbers.

The Royal Spanish Football Federation claimed it was "impossible" to meet Basque Government requirements for fans to be allowed in the San Mamés venue earlier this week, while the Football Association of Ireland said Government advice had left it "not in a position at this point to provide assurances on minimum spectator levels".