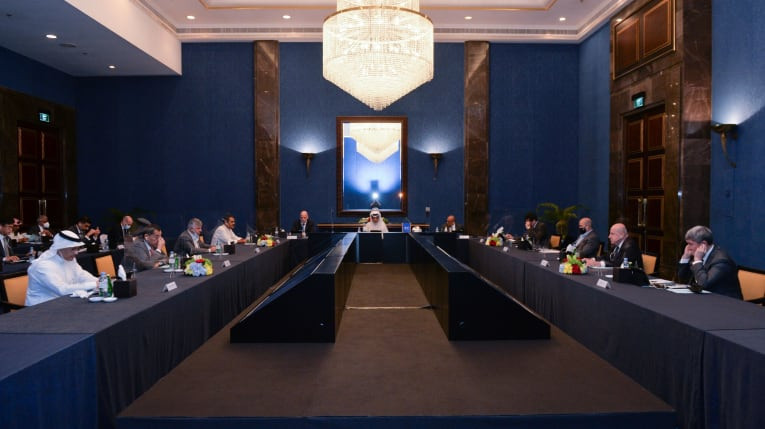 The AFC Executive Committee confirmed the country would host the event, set to be held from April 4 to 17, during its latest meeting.

Asian football's ruling body also selected Indonesia to stage the 2022 AFC Under-17 Women's Asian Cup, with the tournament scheduled for May 9 to 22.

The AFC said the staging of its Champions League 2020 in Doha had "provided a comprehensive blueprint to replicate in 2021" as it targets the resumption of its full schedule of events this year.

The AFC has, like many other organisations, been forced to cancel events because of the coronavirus pandemic.

It also decided last month to hold each of its qualification groups for the 2022 FIFA World Cup in Qatar in May and June in one country in response to the COVID-19 crisis.

"The successful completion of the 2020 AFC Champions League has given us a template to approach 2021 with greater confidence and our thanks must go to the Qatar Football Association, the Qatari authorities and the medical professionals for their commitment and support," said AFC President Shaikh Salman bin Ebrahim Al Khalifa.

"It was crucial for us to show the world that Asian football is ready to return - for the players, the teams and fans across the continent and, just as important, we must continue to demonstrate that the AFC is in the best possible position to deliver safe and world class competitions as underlined in the AFC's vision."

The AFC has confirmed it plans to hold its annual Congress in conjunction with its Annual Awards in Doha in November.

Members of the AFC Executive Committee were also updated on the FIFA decision to suspend the Pakistan Football Federation after its former leadership stormed its Lahore headquarters and forcibly removed the Normalisation Committee set up to run its affairs.

The meeting was attended by FIFA President Gianni Infantino.