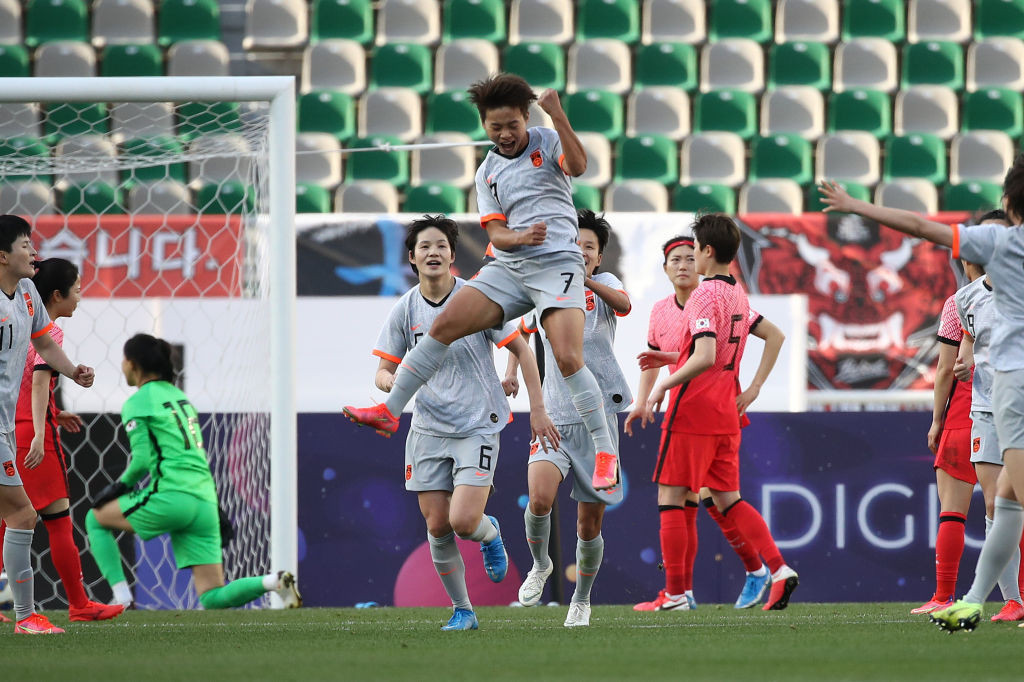 Wang Shuang scored the winner as China beat South Korea 2-1 in the first leg of their playoff for a place in the women's football tournament at the Tokyo 2020 Olympic Games.

Shuang struck from the spot 17 minutes from time at Goyang Stadium in Goyang to give China a one-goal advantage heading into Tuesday's (April 13) second leg on home soil in Suzhou.

The game's decisive moment came when Hong Hye-ji fouled Tang Jiali in the area in the second half.

Shuang stepped up and fired home her penalty before China held on to ensure they will qualify for the postponed Tokyo 2020 Olympics if they avoid defeat in the second leg.

China have appeared in the women's football event at five Olympics and claimed the silver medal at Atlanta 1996, while South Korea are aiming to qualify for the Games for the first time.

The playoff had been due to take place last March before it was hit by several postponements and rearrangements due to the coronavirus pandemic.

The winner will seal the last available spot from Asia in the women's tournament at Tokyo 2020.

A South American-African playoff between Chile and Cameroon to determine the last Tokyo 2020 qualifier had been set for this month before being indefinitely postponed due to COVID-19.

The women’s Olympic football tournament is scheduled to be held from July 21 to August 6.