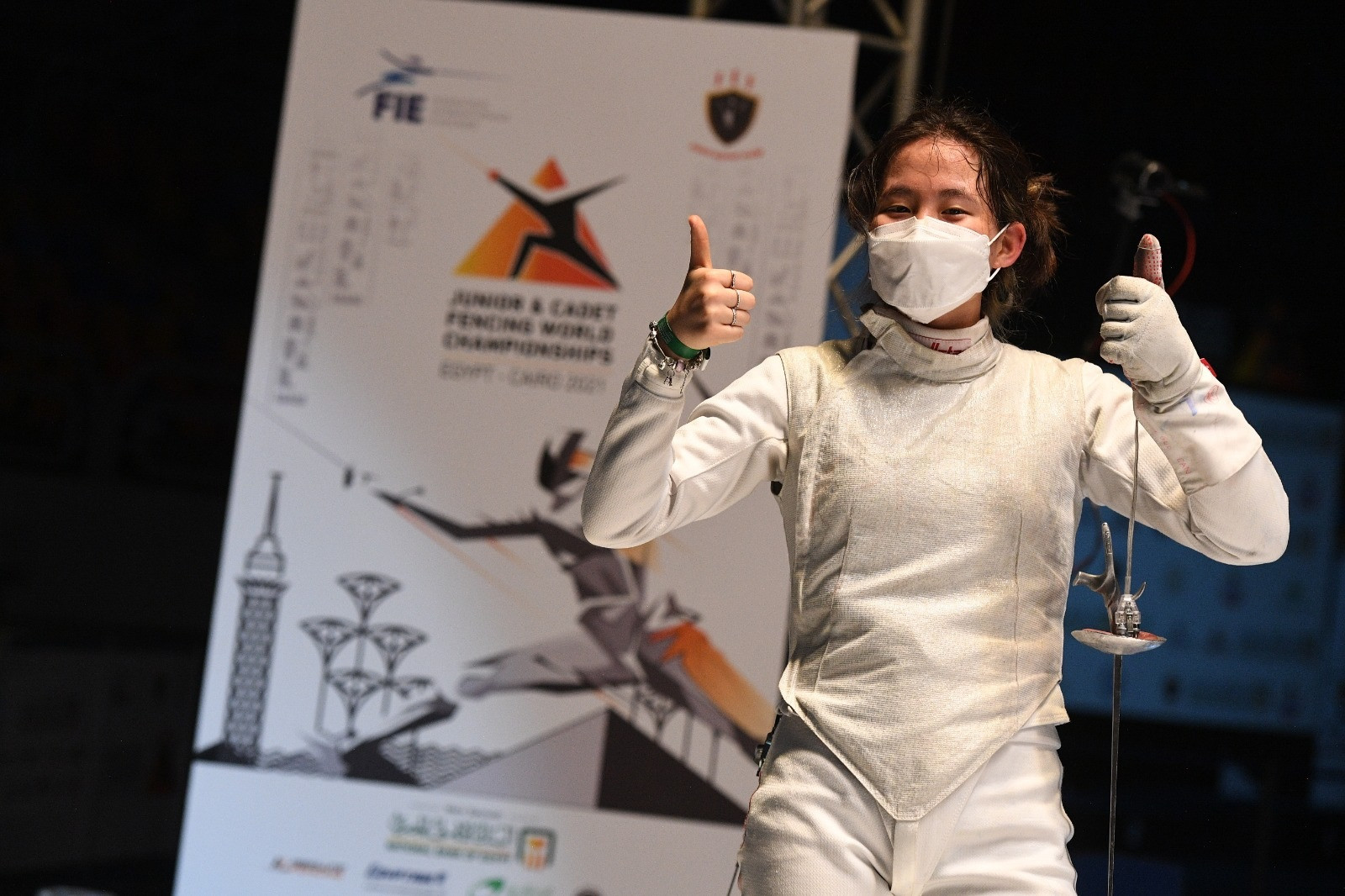 Guo's two medals came as in as many days after picking up bronze in the women’s individual junior foil contest yesterday.

And the 15-year-old, a double silver medallist at the 2019 Pan American Games, ensured she was top of the podium today.

Guo defeated Russian Anastasia Beznosikova in the final as Moldova's Maria Cojocari and Alexandra Jing of the United States both clinched bronze medals.

Daniel Zhang secured the Americans' third gold medal of the tournament after seeing off South Korea’s An Hyeon-bhin in the final of the men’s individual cadet foil event.

Bronze medals were awarded to Lee Seoung-bin of South Korea and American Chase Emmer as the US collected three medals on another strong day for the nation in Cairo.

After five days, the US lead the standings with eight medals including three golds, one silver and four bronzes.

Competition is due to continue tomorrow with the women’s and men’s team junior foil events at the Cairo Stadium Indoor Halls Complex.

Junior contests are for athletes aged up to 20, while 17 is the upper limit for cadets.