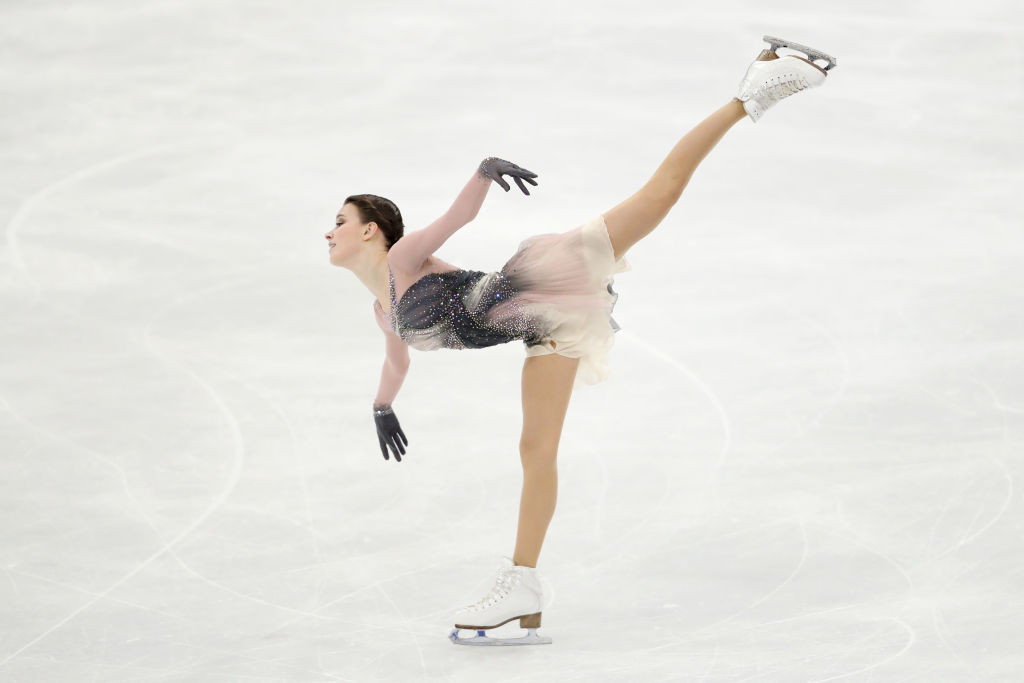 Russian figure skaters received a hero's welcome, including a rendition of the national anthem, on their return to the country following their successful performance at the World Championships in Stockholm.

They were forced to compete as FSR due to sanctions imposed on the country as punishment for the state-sponsored doping scandal.

Russia's flag and anthem is also banned at major events under the terms of the sanctions, imposed by the World Anti-Doping Agency and partially upheld by the Court of Arbitration for Sport.

It meant Russian victories at the World Figure Skating Championships were not greeted with the anthem.

But it was sung by the fans who greeted their skaters at Moscow's Sheremetyevo airport after they flew back on a chartered plane from Stockholm, according to Russia's official state news agency TASS.

Anna Shcherbakova won the women's singles crown at the event, while the FSR team also topped the podium in the ice dance and pairs competitions.

"We have the best fans," Alexandra Trusova, who won bronze in the women's competition, told TASS.

"Of course, it's very nice to see our flags and finally hear the anthem.

"At the World Championships, in addition to the fact that our anthem was not played, the flag did not fall at the awards ceremony.

"It is good to return home."