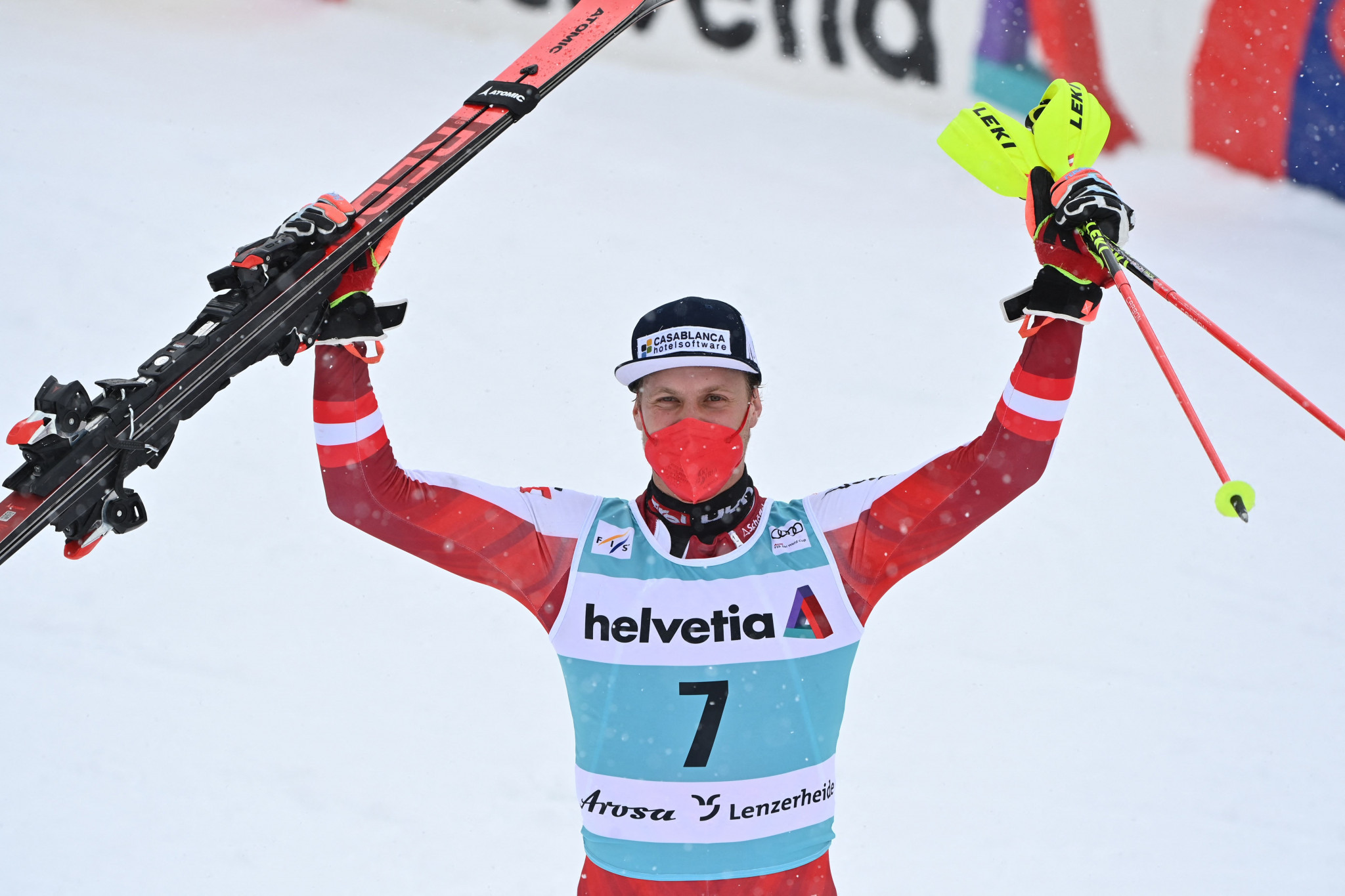 Feller wrapped up the campaign by winning the men’s slalom in the Swiss resort with a combined time of 1min 47.24sec after runs of 53.73 and 53.51.

It was the 28-year-old's second World Cup triumph of his career after ending his long wait for a win in Flachau in Austria two months ago.

"My goal was to make 'big points' again - that’s top five or top three, so to finish five is all the more beautiful," Feller told ORF.

"The final suits me, I give it my all again and then off to the break.

"I am very happy that I realised it that way."

Feller finished ahead of two Frenchmen in Clément Noël and Alexis Pinturault.

Noël was second with 1:47.32, while newly-crowned World Cup champion Pinturault claimed his second podium in as many days after clocking 1:47.35 to finish third.

Austrian Marco Schwarz produced a storming first run of 52.79 to take the lead at the halfway stage only for a mistake to see him finish in sixth, 0.76 behind compatriot Feller.

"I am really happy," said Schwarz, who claimed the men’s slalom crystal globe.

"Today was a tough second run but the whole season went well for me."

Two-time world champion Jean-Baptiste Grange completed his final run of his World Cup career as the Frenchman bowed out at the age of 36.

Overall winner Pinturault ended the season on 1,260 points with Switzerland’s Marco Odermatt second on 1,093 and Schwarz third on 814.

Shriffin topped the standings at the halfway stage after registering a first run time of 1:11.08 only to be overtaken by Robinson.

"It was not easy for me to change from speed, for slalom and then back again for downhill," Vlhová told Eurosport.

"But my team are really happy as we made history."

After all 31 races, Vlhová finished on 1,416 points ahead of Swiss pair Lara Gut-Behrami and Michelle Gisin who earned 1,256 and 1,130 respectively.