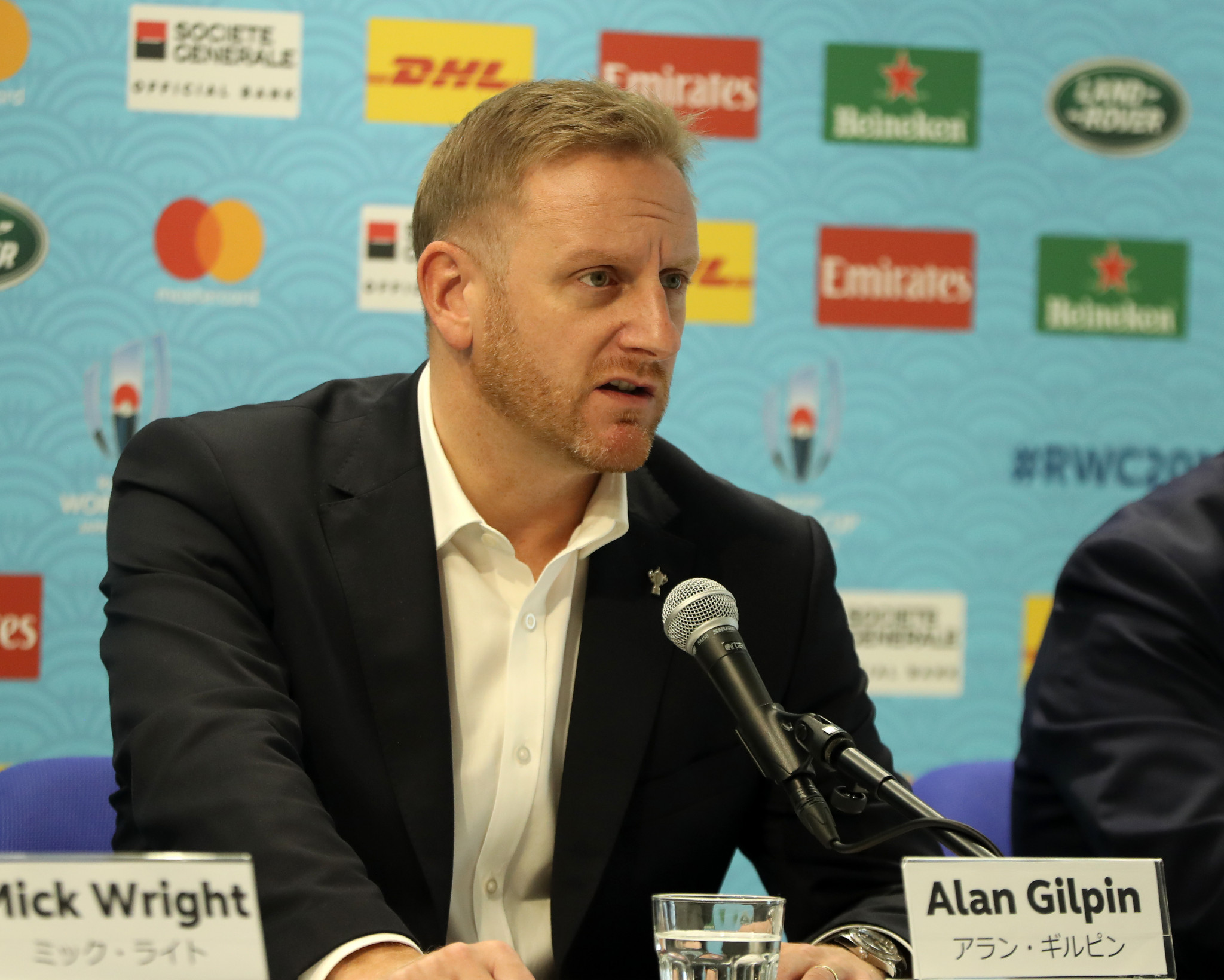 Alan Gilpin has been appointed World Rugby chief executive on a permanent basis, the governing body has announced.

Gilpin had been serving as World Rugby interim chief executive after Brett Gosper left to head up National Football League (NFL) operations in Europe and the United Kingdom in January.

World Rugby said Gilpin has a broad and intimate understanding of the organisation's business operations having served as chief operating officer and managing director of Rugby World Cup since 2016.

Gilpin joined the International Federation in 2014 to run the portfolio of Rugby World Cup properties.

He has been credited with transforming the future hosting model to broaden interest and impact, as well as having leadership expertise, an ability to assemble strong delivery teams and focus on innovation.

World Rugby said his experience as a fan and player have played a strong role in the hosting of the most successful men’s and women’s Rugby World Cups to date.

"Alan is well known and very well respected by the rugby family through his roles as managing director of Rugby World Cup and chief operating officer of World Rugby, and I have long admired his passion, energy, innovation and leadership skills," said World Rugby chairman Sir Bill Beaumont.

"I am excited by Alan’s vision for the future of the organisation and the moves the sport needs to take to become truly global and drive sustainable growth in new, key markets.

"His intimate knowledge of the business of the sport, the opportunities and challenges we collectively face as a family and his excellent leadership and stakeholder relations skills make him the stand-out and right choice for this role at an important and exciting time for the sport globally."

Prior to joining World Rugby, Gilpin spent nine years at IMG where he was responsible for the commercial rights negotiations across the Rugby World Cups in 2003, 2007 and 2011.

In a leadership role with a joint venture between Sodexo and Mike Burton Group, he oversaw the award-winning hospitality programme for the London 2012 Olympic Games.

Gilpin was credited with being instrumental in the delivery of a record Rugby World Cup 2015 official hospitality programme.

"I am immensely proud and honoured to take up the role as chief executive of World Rugby, and to lead an organisation that is at a really exciting stage in its history," Gilpin said.

"With a new strategic plan ready to launch, considerable talent within the organisation, and an Executive Board that has ambitious goals for the next few years, it is set to be a pivotal period in the growth of the sport.

"I am also well aware of the challenges that we face as we emerge from the global COVID-19 pandemic and seek to get rugby back on the field in many parts of the world.

"Working with our members and partners, we will continue with our mission to grow the global rugby family, while furthering welfare and injury prevention for players at all levels.

"Attracting and engaging new audiences and delivering compelling and competitive international tournaments remains at the centre of our strategy, along with investing in participation growth with our member unions and regional associations.

World Rugby confirmed earlier this month that the Women’s Rugby World Cup in New Zealand, due to take place in September and October this year, would be pushed back to 2022 because of the coronavirus pandemic.

The organisation highlighed challenges involving the safe and reliable travel of those involved with the tournament to New Zealand and the ability for teams to prepare adequately if a period of quarantine was required on arrival.

The next Men’s Rugby World Cup is scheduled to take place in France in 2023.

"Rugby World Cup 2023 in France will be a spectacular tournament, marking the 200th anniversary of rugby, while the Rugby World Cup 2021 tournament in New Zealand (now postponed to 2022) is at the core of our increased commitment and investment in the growth of women’s rugby," added Gilpin.

"We are already in discussions with potential hosts for the men’s and women’s Rugby World Cups in 2025, 2027, 2029 and 2031 to ensure that we have long-term hosting certainty for our pinnacle events, to drive revenue growth and allow ever-increasing investment.

"These events, combined with rugby sevens in the Olympic Games and our annual HSBC World Rugby Sevens Series, provide a vital aspirational pathway for girls and boys playing rugby all over the world."