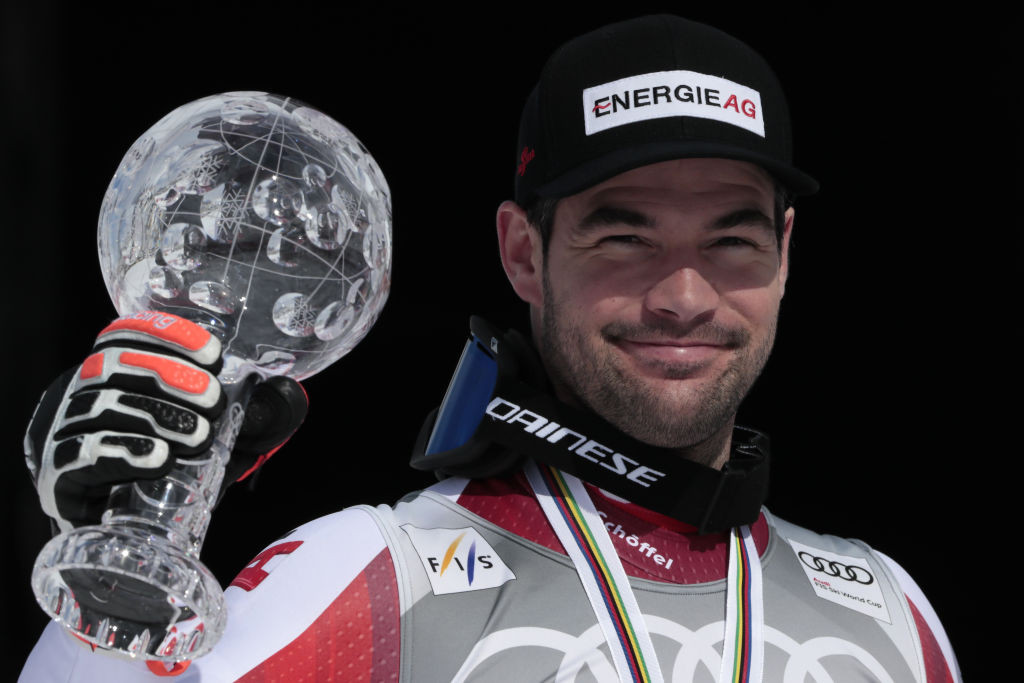 Vincent Kriechmayr of Austria has clinched the overall super-G title after racing at the Alpine Skiing World Cup finals in Lenzerheide was cancelled for a second consecutive day due to bad weather.

Organisers of the event at the Swiss venue called off the planned men's and women's super-G races today because of fog.

The cancellation handed Kriechmayr the super-G crystal globe without the reigning world champion having to take to the course.

Lara Gut-Behrami of Switzerland had already wrapped up the women's super-G crystal globe prior to the campaign finale.

The downhill races were called off yesterday owing to adverse weather conditions.

BREAKING: Due to present weather situation with the fog the Jury together with the @ArosaLenzerheid organising committee, @swissskiteam , and all stakeholders have decided to cancel today’s Women’s and Men’s World Cup Final Super G. #fisalpine pic.twitter.com/ShUGeZv4uZ

The men's and women's overall titles are on the line this week and the latest cancellation boosts the respective chances of Frenchman Alexis Pinturault and Petra Vlhová of Slovakia.

Vlhová, aiming to become the first Slovakian skier to claim an overall crystal globe, is 96 points clear of Gut-Behrami.

A team parallel event is scheduled to take place tomorrow.