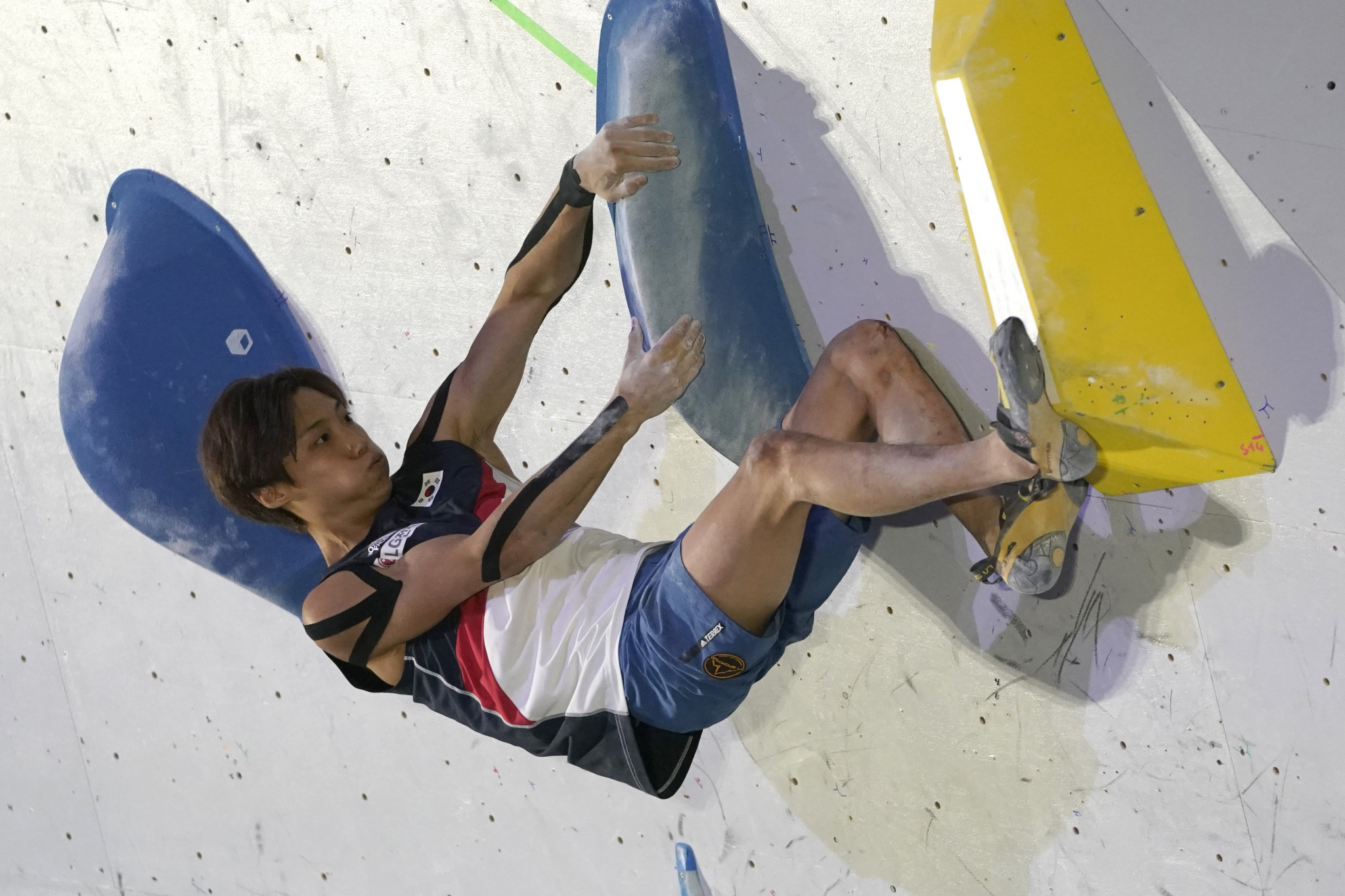 Chon Jong-won and Seo Chae-hyun have been allocated the remaining two quota places for the sport climbing contest at this year's Olympic Games in Tokyo.

The two quota places were due to be allocated at last year's International Federation of Sport Climbing (IFSC) Asian Championships, but the event was cancelled as a result of the COVID-19 pandemic.

Consequently, the quota places were given to South Korea's Chon and Seo in accordance with the IFSC qualification system.

Chon had finished 20th in the men's combined event at the 2019 IFSC Climbing World Championships in Hachioji in Japan, while Seo placed 13th in the women's competition.

"Today we have concluded our qualification process - we know the names of our first Olympians and it is a great moment in our history," said IFSC President Marco Scolaris.

"The 20 men and 20 women can now focus on Tokyo 2020 and inspire all people involved in the preparation of the Olympic Games, despite the challenges the pandemic has brought."

Now 17, she has four victories in the lead World Cup to her name.

"It is a real honour to receive such great news only one week after my official inauguration as President of the Korean Alpine Federation (KAF)," said KAF President Joong-ho Son.

"I would like to thank the IFSC and the IFSC Asian Council for their outstanding support in the last few months.

"My best wishes goes to Chon Jong-won and Seo Chae-hyun for successful preparations in the upcoming months.

"We are delighted to have two of our climbers in the Olympic Games where sport climbing will make its historical debut."

Sport climbing is set to make its Olympic debut at Tokyo 2020, now scheduled for July 23 to August 8 after the Games were postponed from last year due to the global health crisis.

Qualification began at the 2019 World Championships, before continuing with a combined qualifier in Toulouse.