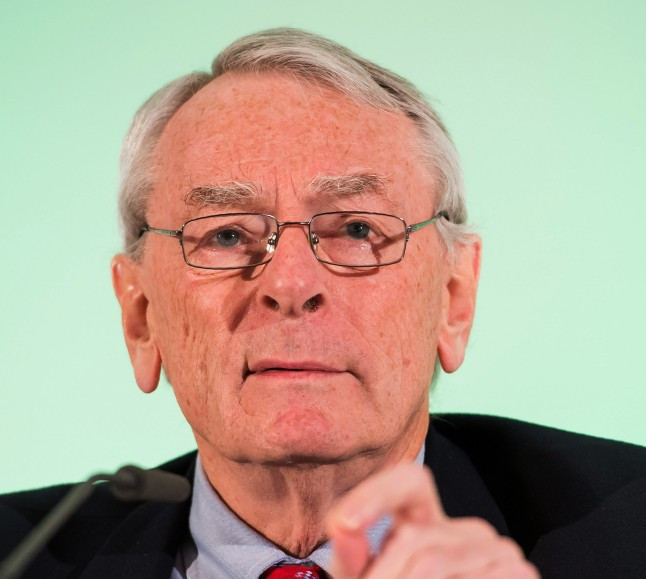 In 2013, the International Olympic Committee (IOC) elected Thomas Bach, an Olympic fencing gold medallist at the Montreal Olympic Games in 1976, as its ninth President. This outcome was not surprising on either a personal or organisational basis.

Bach had been on the IOC radar since the Baden Baden Olympic Congress in 1981 as a member of the inaugural Athletes' Commission and was co-opted as a member in 1991, following the retirement due to age of Berthold Beitz as an active member.

The IOC, traditionally Euro-centric, given the early development of organised sport on that continent, is also clearly more comfortable with European Presidents and while Bach is its first German President, only one non-European (Avery Brundage of the United States) has ever held the position.

Bach came to the office well prepared, with a variety of experiences at both national and international levels, not the least of which was his Presidency of the German Olympic Sports Confederation and active participation in several IOC Commissions, including Evaluation, Juridical, ad hoc Commission re Salt Lake City, Marketing and Television, plus the Court of Arbitration for Sport and as a member of the influential IOC Executive Board.

Once elected, there was an immediate change in the sense of purpose of the IOC and a new energy in its activities across the full Olympic spectrum. Recruitment of skilled members of the IOC administration, from within and outside has led to a level of professional staff having the organisational competence to deliver against new broad and ambitious goals, many resulting from the Bach-led comprehensive review and assessment of the entire gamut of activities identified in Olympic Agenda 2020.

There were some 40 headings in this initiative (as Bach described it - 20 plus 20), not all of which were new, but all of which needed new focus in the context of new leadership of an increasingly important international values-driven organisation.

Notwithstanding the considerable progress in matters of governance that followed upon the post-Salt Lake City scandal in 1998-1999, as a result of which IOC internal governance was formalised along principles of proper conduct, disclosure and transparency, it remained clear that the IOC had more work to do and that governance standards within international sport generally needed improvement.

A familiar mantra developed around Olympic Agenda 2020, namely, "change or be changed". Many self-governing organisations have learned, to their distress, that it is almost always preferable to develop and put in place self-designed reforms than to have Governmental or other bodies impose "solutions" that may well not reflect the real needs of the and its particular context.

One such issue was IOC membership. An outcome of the IOC governance reforms in 2000 had been creation of three new membership classes, in respect of International Federations (IFs), National Olympic Committees (NOCs) and Olympic athletes, each of which was entitled to have 15 members, elected on the basis of their particular relationships.

IOC informal practice had always been to include athletes and sport officials among its membership (although not until 2000, "active" athletes), to make sure that sport expertise was available to inform its decisions. But those IOC members were independent of their other organisations and were not bound by instructions from them and there were no identified constituencies within the IOC.

The new dynamic changes governance. If, for example, an IOC member has been proposed by an IF (say, its President) and is elected to the IOC, that member may be removed from IF office and, in consequence, from the IOC should the IF be dissatisfied with voting decisions of the member, who is thereby effectively deprived of the independence that has always been the hallmark of IOC decisions.

As the complexity of the Olympic Movement increases, the IOC has to match the limited number of members (maximum 115) with the required needs and skill sets, while being conscious of the diversity, inclusion and geographical representation to be factored into its choices, reducing the whimsical nature of some previous decisions.

It has been largely successful in achieving gender equity in respect of the field of play, less so with women in positions of leadership, although it has made significant strides in recent choices of new members and the assignment of more responsibility to them. It needs to recruit members who can contribute, not just wait to see what may come its way.

Bach has had to face more than his share of challenges, some predictable and some not, some operational and some political. The unfortunate Russian-created legacy, that included compromised Sochi Games in 2014, the chaotic organisation of the Rio de Janeiro Games in 2016 that teetered on the brink of systemic collapse every single day, and the surprisingly effective delivery of Pyeongchang in 2018 notwithstanding the difficult relationships on the Korean peninsula, as well as regarding Russia, were all far from routine and required careful management.

The same is true regarding failed governance in certain sports, including boxing and weightlifting, in which the IOC has been forced to intervene and has been patient to a fault in providing opportunities for adoption of governance reforms, before moving to more serious consequences.

No leader of any significant organisation can hope to be completely free from criticism in respect of decisions made, Bach included, particularly in his home country of Germany. He has been accused of not vigorously pursuing the Russian state doping, thereby damaging the reputation of the IOC and of acting against the will of athletes and their self-declared representatives.

He has also had laid at his door, as if it were new, the long-standing criticism of Olympic "gigantism" and of violating human rights by awarding the 2022 Winter Games to Beijing in the IOC’s 44-40 vote for Beijing over Almaty. All of these issues and their particular contexts are, as one might expect, more nuanced than the critics would acknowledge.

Then, of course, came the 2020 COVID-19 pandemic, disrupting what would undoubtedly have been the best organised Olympic Games in history in Tokyo, surpassing their extraordinary success in 1964. This existential threat called for skillful coordination with the Japanese authorities to find and agree upon the solution of postponing the Games for a year.

In my respectful view, no other country would have had the organisational skills necessary to accomplish this. At the time of writing, the indications are that the rescheduled Games will occur - a tribute to the splendid Japanese organisers and the support of sponsors, broadcasters and the Olympic Family, the latter skillfully coordinated by the IOC under Bach’s careful guidance.

As to the outcome of the forthcoming IOC virtual Session this week, speaking from the perspective of an IOC member, I can say that we were all much relieved to learn that Bach was willing to stand for his second and final term of office. We were not, however, surprised by his decision. His commitment to the IOC and to the Olympic Movement is such that he is not someone who would even consider leaving the IOC leaderless in the midst of such a crisis.

Both during the lead-up to Tokyo and in the months that follow, will come Beijing and a possible parallel with the Moscow boycott in 1980, when Bach himself, as an athlete, was prevented from participating due to the US-led boycott. We have already seen the beginnings of a campaign, driven by those who have themselves been unable or unwilling to act, to abrogate the rights of Olympic athletes to pursue their peaceful dreams.

With all due respect, Governments know perfectly well how to deliver strong messages of displeasure with the actions of other Governments. Chinese invitations to any Olympic-related events can be refused, Government officials can be instructed not to attend any Olympic events, ambassadors can be recalled for consultations during the Games, international trade and other agreements can be enforced and visa requirements can be reviewed.

Governments acting in concert can easily take steps of that nature. And also, with respect, China can consider taking some steps to mitigate the reputational damage from certain aspects of its conduct: the world is too interconnected for any country, including China, to exist in isolation.

When he hands over the IOC Presidency to his successor in 2025, in my view Bach will be delivering a better organisation than the one he inherited. It will be a different world, more complex, more divided, more dangerous than ever before, but one in which Olympic sport may be uniquely positioned to keep dialogue, cooperation and peace alive.

He will, in retrospect, certainly acknowledge that he did, indeed, live in "interesting times".