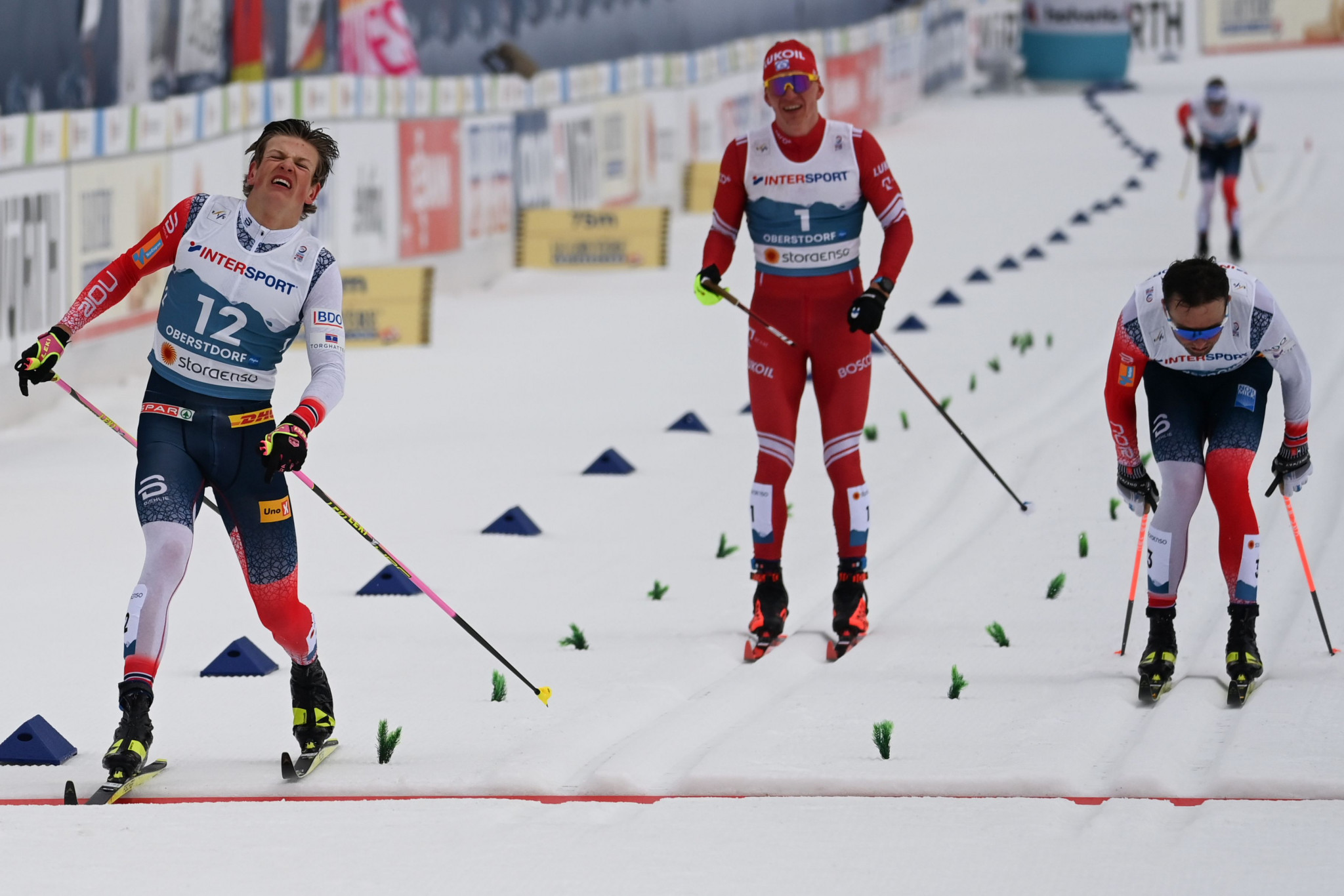 The Norwegian skiers headlined the leading group during the men’s 50km event, which completed the World Championships programme.

A total of 18 skiers featured in the top group with six of eight laps completed of the course, but the field was reduced in size as the pace increased towards the finish.

Iversen and Klæbo featured in the group heading into the closing two kilometres, with fellow Norwegian Hans Christer Holund and Simen Hegstad Krüger also in the running.

Bolshunov ultimately proved the key challenger to Iversen and Klæbo and the trio sprinted towards the finish.

Contact between Klæbo and Bolshunov on a downhill section left the Russian with a broken pole.

Klæbo came through to win the event in a time of 2 hours 10min and 52sec, with Iversen 0.7sec behind in second.

Bolshunov crossed the line in third place at 1.4 seconds down, while Krüger appeared to have missed out on a podium place at nine seconds behind the winner.

A protest from the Russian team was lodged following the race, leading to officials investigating the collision between Klæbo and Bolshunov.

The race jury disqualified Klæbo from the event, with the Norwegian team failing in a counter-appeal.

Iversen was upgraded to gold, with Bolshunov and Krüger receiving the silver and bronze medals, respectively.