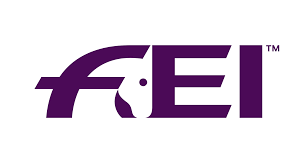 The International Equestrian Federation (FEI) has cancelled international events in 10 countries in mainland Europe following the outbreak of an aggressive strain of the neurological form of Equine Herpes Virus (EHV-1) in at least four nations.

All events on the continent have been called off until March 28 due to the outbreak, which started in Valencia in Spain on February 22 and has already been found in three other European countries.

A senior official described it as "probably the most serious we have had in Europe for many decades".

The decision applies to all FEI disciplines, but ongoing Jumping Tour competitions on the Iberian Peninsula, as well as in Italy and Belgium, will continue under individual "bubbles" in order to prevent swathes of horses departing simultaneously.

These competitions will not allow any new horses to join and will be allowed to continue if no positive cases of EHV-1 are confirmed.

Vejer de la Frontera in Spain, Vilamoura in Portugal and the Italian locations of San Giovanni in Marignano and Gorla Minore will have these protocols in place and additional FEI veterinary delegates onsite.

Horses can only leave these venues when they have an official health certificate from the local authorities.

Any horse leaving without documentation will be blocked on the FEI database.

Oliva Nova in Spain has decided to cancel the rest of its competitions in the Mediterranean Equestrian Tour III, while Opglabbeek in Belgium has cancelled all of its events for this month.

It states: "The secretary general shall have the authority to remove any competition and/or event from the calendar if justified circumstances relating to a competition of the event are established."

FEI secretary general Sabrina Ibáñez explained her decision to cancel events based on the virus threat.

"This was not an easy decision to block events in mainland Europe, particularly after the major disruption to the FEI calendar caused by the COVID-19 pandemic," said Ibáñez.

"But this EHV-1 outbreak is probably the most serious we have had in Europe for many decades and our decision is based on clearly identified epidemiological risk factors."