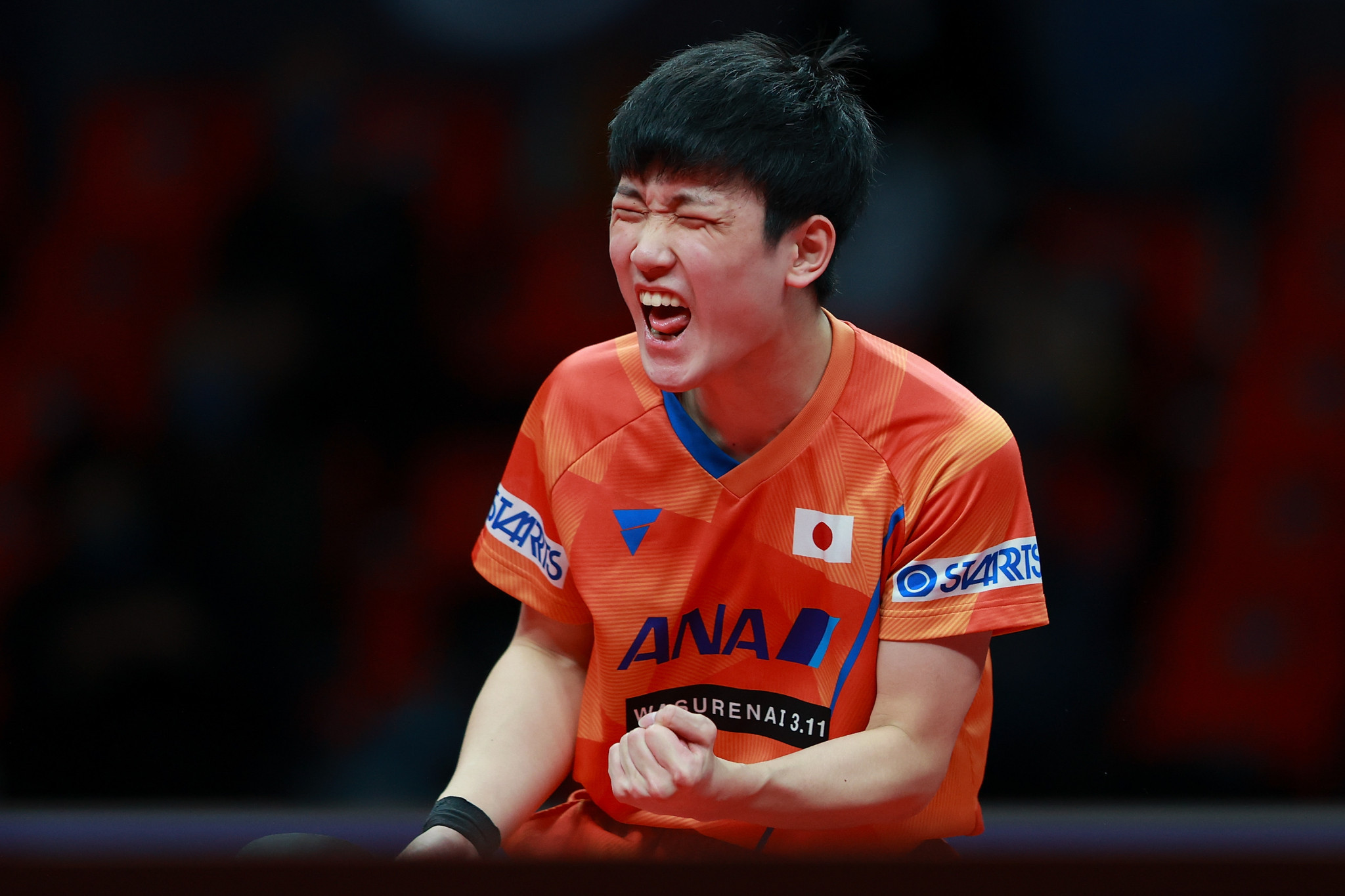 Japan’s Tomokazu Harimoto will start among the favourites in the men’s singles as the World Table Tennis (WTT) Middle East hub launches tomorrow in Doha.

A WTT Contender competition is scheduled to begin in Qatar’s capital city tomorrow, with action taking place until March 6.

Matches have already taken place with two days of qualification held prior to the tournament to complete the line-up.

World number four Harimoto heads the men’s singles field, which will be without Chinese stars after their national association confirmed its withdrawal from the hub amid COVID-19 concerns.

Harimoto will begin his campaign against Chinese Taipei’s Chih-Yuan Chaung, with his potential route to the final including a possible semi-final clash against Sweden’s Mattias Falck.

Hugo Calderano will feature on the other side of the draw with his all-Brazilian match against Gustavo Tsuboi a potential highlight of the opening day.

Japan’s Mima Ito will be among the favourites in the women’s singles competition, with The Netherlands’ Britt Eerland providing her first opponent.

Ito’s compatriots Kasumi Ishikawa and Miu Hirano will hope to be among the contenders in the latter stages of the tournament.

A WTT Star Contender event will follow from March 8 to 13.

The Contender series of events aims to provide opportunities for future and emerging players on the professional tour.

Players can earn ranking points which will allow them to feature in the top tier WTT Champion Series, an exclusive series for the top 32 men’s and women’s players.

Competition is taking place at the Lusail Sports Arena.

Which match are you most excited about❓

China and Hong Kong both withdrew over COVID-19 concerns, with the latter claiming countermeasures did not meet the standards of the Hong Kong Sports Institute.

WTT was critical of Hong Kong’s withdrawal, adding that it had been working together with the Qatar Table Tennis Association (QTTA) and the country’s Government to "establish an enhanced COVID-19 prevention plan."

COVID-19 regulations for the Middle East hub include testing, quarantine upon arrival and the creation of a bio-secure bubble.

WTT today announced a partnership with Gerflor, who have provided a distinctive black table tennis flooring for the tournament, which is claimed to provide an added protective barrier against COVID-19.

"Gerflor is excited to be part of this exciting, new WTT era and we are looking forward to the start of the Middle East Hub," said Lionel Arlin, Gerflor sport federations and events manager.

"Together with our virologist laboratory partner in France, we have also tested the anti-viral activity of our Gerflor flooring and we are delighted that it has complied and met all safety standards required."

A WTT event took place in Macau last November, acting as a promotional showcase for the new series before its official launch in 2021.