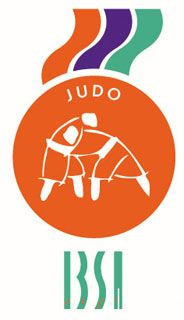 International Blind Sports Federation (IBSA) Judo has concluded the first round of consultation for a new classification system.

The IBSA said the consultation was launched after the governing body published the final outcomes and recommendations of a four-year research project into classification in judo in September, which recommended two separate classes.

One class would be for blind athletes with a second for those who are partially sighted.

The IBSA says it has held seven online sessions for athletes, coaches, classifiers, officials and IBSA members, with participants hearing from Kai Krabben and Dr. David Mann of the Vrije Universiteit Amsterdam about their findings.

They also had the chance to ask questions and make comments about the research and recommendations.

The final session was held on February 12 with over 120 athletes, coaches, officials and classifiers having participated.

IBSA vice-president Robert Fenton, who chairs the group creating new classification rules, said feedback will be reviewed ahead of the drafting of the rules.

"The final session for athletes represents the last step of only the first phase of this important project," Fenton said.

"We were delighted to be able to end it with the input of current judoka who shared some excellent insights into the current system and how the new one can be made the absolute best.

"It is important that we continue to involve judoka in this process, and we will be doing that via the athlete representative on the implementation committee and more sessions like the one just held.

"Our next step is to take all of the feedback we have received so far, review it and then work with the research team on finalising their recommendations.

"After that we will move onto drafting the new classification rules ahead of the second round of consultation.

"Thank you to everyone who has been involved so far.

"Keep sending us your comments."

The IBSA say the creation of a new system is in response to the International Paralympic Committee’s (IPC) 2015 Athlete Classification Code.

The code details how classification must be evidence-based and sport-specific in order to stay on the Paralympic programme.

A research project for IBSA Judo began in 2016, led by scientists from the Vrije Universiteit Amsterdam, which serves as the IPC’s Classification Research Centre for visual impairments.

The governing body hope the new system will be implemented prior to the 2024 Paralympic Games in Paris.

Athletes from all three levels of impairment - B1, B2 and B3 - compete against each other at present.

This change would involve raising the minimum impairment criteria, the IBSA has acknowledged.