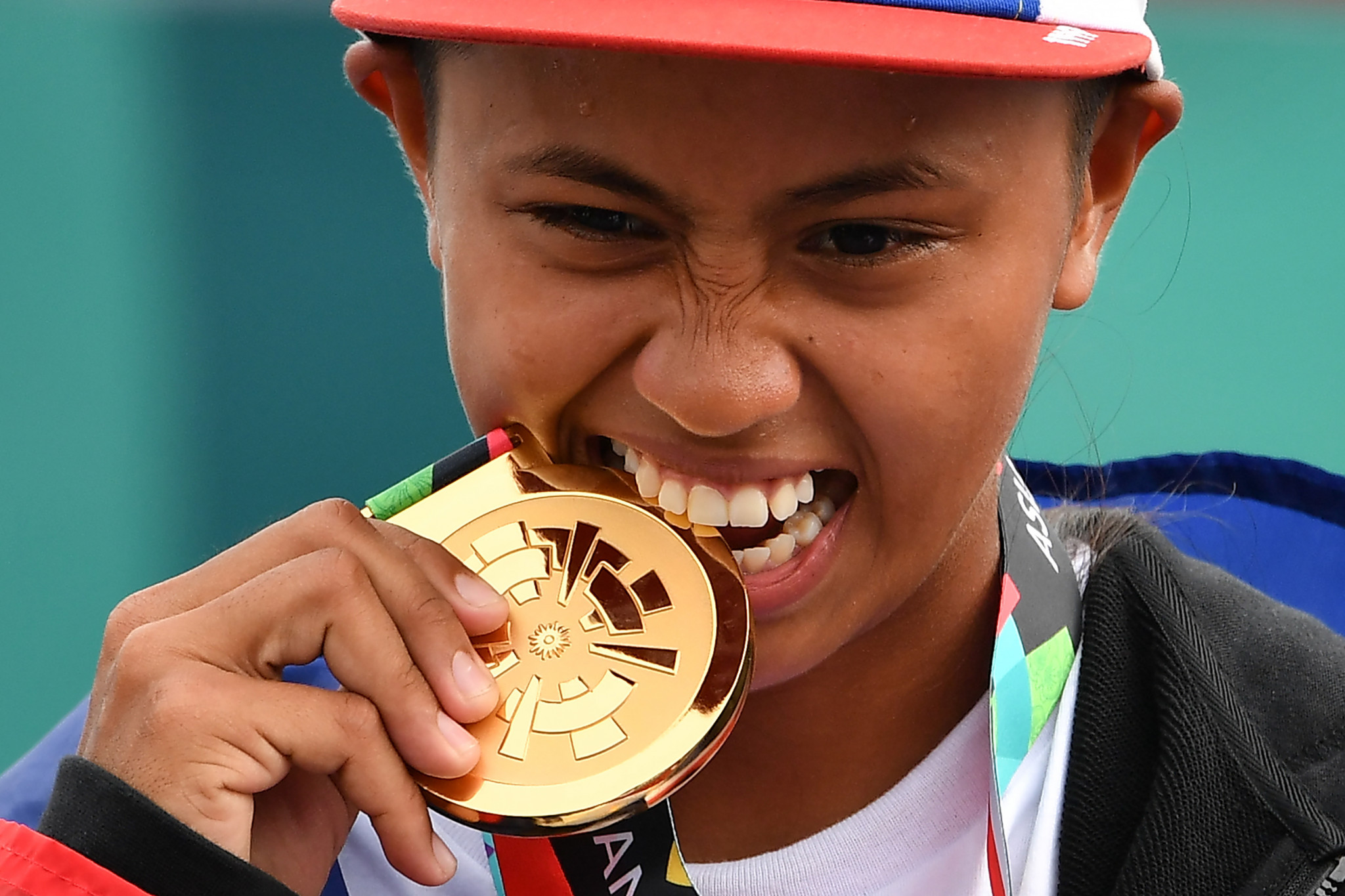 Asian Games gold medallist Margielyn Didal is among the stars who have been recognised by the inaugural Asian Skateboarding Awards.

The 21-year-old Filipino won street gold at the 2018 Asian Games in Jakarta and Palembang, and won two titles at the Southeast Asian Games the Philippines hosted a year later.

She is up for the "Creative Soul", "Fastest Feet in the East" and "Style for Miles" prizes at the inaugural awards ceremony.

Didal could also win one of the two main prizes of the night with one man and one woman set to be named as Asia Skater Of The Year.

Skateboarding is due to feature for the first time on the Olympic programme at this year's delayed Tokyo 2020 Games.

Didal is among those vying for a spot in the Japanese capital, where both park and street competitions are scheduled.

More information about the Asian Skateboard Awards can be found here.