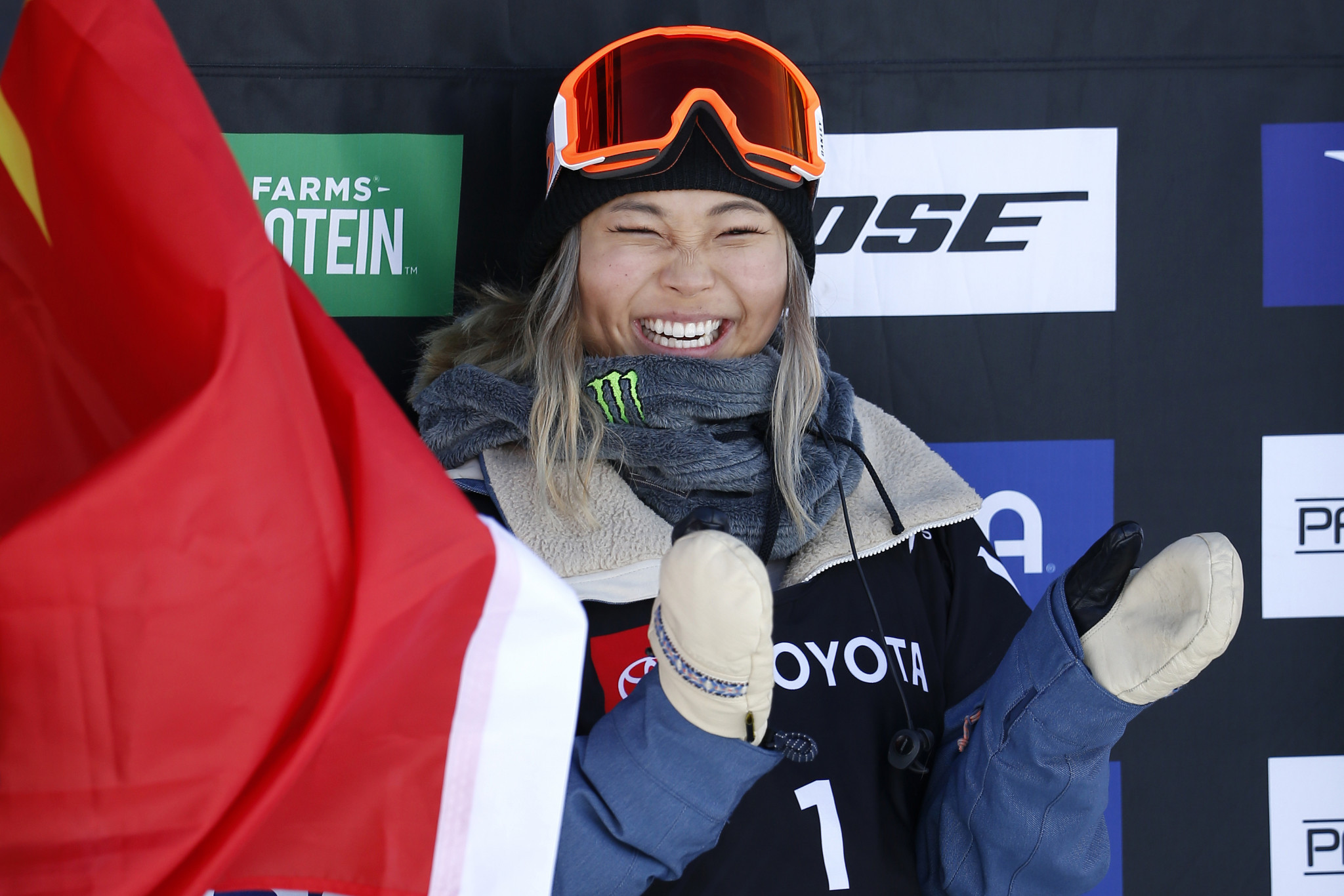 Olympic champion Chloe Kim made a triumphant return to action by winning the halfpipe competition at the International Ski Federation Snowboard World Cup in Laax.

It was the American’s first event in almost two years, but Kim simply picked up from where she left off to chalk up a winning score of 89.75.

Kim fell on her first run but responded superbly in the second to clinch the title under the lights in the Swiss resort.

The 20-year-old has not competed on the World Cup circuit since March 2019 after breaking her ankle and then taking a year out to study.

"I'm so happy I was able to land something today," Kim said.

"It's been almost two years, so I was very nervous this competition but I'm so grateful I was able to put something down.

"Thank you to everyone who's continued to support me even during my two-year break, but I'm really happy to be back."

Japan's Ono Mitsuki had taken the lead only to fall on the second run to dash her hopes of victory.

The Youth Olympic Games champion finished with a score of 76.50 to edge compatriot Sena Tomita who was third with 75.75.

Japan clinched four of the six medals on offer in Laax with Yūto Totsuka and Ruka Hirano finishing on the podium in the men’s event.

Reigning champion Scotty James led the way at the halfway stage with 93.75 before Totsuka pulled off a flawless second run to overtake the Australian with 95.25.

Hirano clinched the bronze with 88.25 ahead of Germany’s André Höflich, who scored 83.25.

No further halfpipe competitions are scheduled to take place this season after two events in the United States were cancelled due to the coronavirus pandemic.