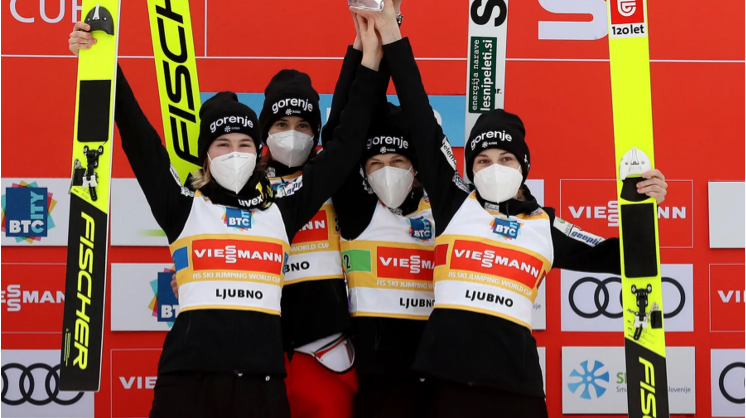 Slovenia were the winners of the team event at the women's International Ski Federation (FIS) Ski Jumping World Cup in Ljubno.

Both Križnar and Bogataj had impressed in yesterday's individual qualifying round, finishing second and third respectively.

A strong Norwegian team were second on 1,046.9, with crystal globe holder Maren Lundby the standout performer.

In third was the Austrian team of Daniela Iraschko-Stolz, Lisa Eder, Chiara Hoelzl and Marita Kramer with 1,028.9.

Kramer currently tops the standings of the individual World Cup, which resumes in Ljubno tomorrow.