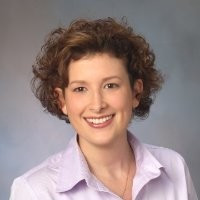 Herman, who began hear role with the Organising Committee this week, will take her experience from her time with the social media giant into preparations for the 2028 Olympic and Paralympic Games.

At Facebook and Yahoo!, she was the vice-president of finance and treasury, where she led financial analysis and planning, business operations, analytics and treasury.

She is an executive and philanthropic advisor for the Global Sports Initiative at Harvard University, where she aids the promotion of athletes' voices.

Herman has recently served on boards and advisory councils for companies at all stages of stature, including ZipRecruiter, Opendoor and MindBody.

"I'm thrilled to be a part of the LA28 team," Herman told insidethegames.

"It's such an exciting opportunity as we plan for the Games, working with partners and our community to co-create the LA28 Olympic and Paralympic Games and provide a truly amazing experience athletes, fans and the city of Los Angeles."

Ashley Dos Santos has also been appointed as the new director of communications for the Organising Committee.

Dos Santos spent more than four years working at Ticketmaster, the last two as the senior director of communications.