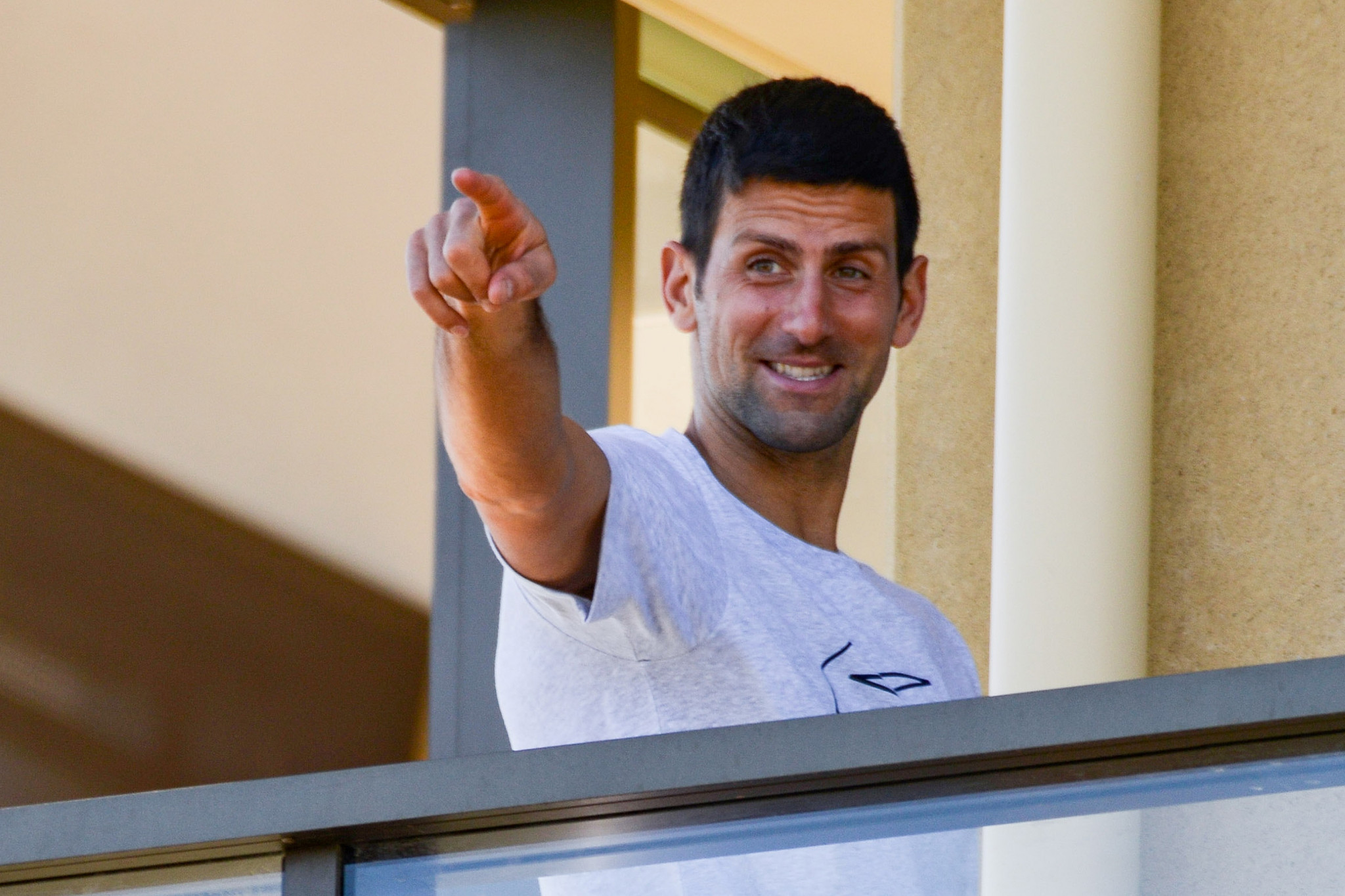 World number one Novak Djokovic has claimed a list of demands to improve the quarantine conditions of Australian Open players was "misconstrued" and came from "good intentions".

The Serbian was widely criticised for issuing the demands to tournament director Craig Tiley after many players were forced into a two-week period of isolation.

In total, 72 players are in strict quarantine conditions after flying into Australia on planes where positive COVID-19 cases were later identified.

Among them are four unnamed players who have tested positive themselves.

Djokovic, who is in Adelaide, is not of those not allowed to leave their hotel room.

Among Djokovic’s requests, which were subsequently rejected, were the reduction of the isolation period with more coronavirus testing carried out, the relocation of players to private houses with access to a tennis court, and the delivery of "decent food" and fitness equipment to rooms.

Djokovic has now posted a letter on social media to "clarify" his actions.

"My good intentions for my fellow competitors in Melbourne have been misconstrued as being selfish, difficult, and ungrateful," the resigning Australian Open champion said.

"This couldn’t be farther from the truth.

"Not every act is taken at its face value and at times when I see the aftermath of things, I do tend to ask myself if I should just sit back and enjoy my benefits instead of paying attention to other people’s struggles.

"However, I always choose to do something and be of service despite the challenging consequences and misunderstandings.

"I genuinely care about my fellow players and I also understand very well how the world is run and who gets bigger and better and why.

"I’ve earned my privileges the hard way, and for that reason, it is very difficult for me to be a mere onlooker knowing how much every help, gesture, and good word mattered to me when I was small and insignificant in the world pecking order.

"Hence, I use my position of privilege to be of service as much as I can where and when needed."

Djokovic, who was branded a "tool" by Australia's Nick Kyrgios, has previously faced criticism over his response to the pandemic after organising an exhibition tournament across four nations in the Balkans last June with few social-distancing measures in place.

The 17-time Grand Slam winner later described the backlash to the ill-fated Adria Tour as a "witch hunt".

In his letter posted on social media, Djokovic also responded to claims players had been "selfish" since arriving in Australia.

Such criticism came after Spain's Roberto Bautista Agut told Sport5 the quarantine was like a prison "with wifi" and was a "complete disaster", and the girlfriend of Australian player Bernard Tomic featured in the a clip on 7 News complaining about the hotel food and having to wash her own hair.

"I understand that organising international sporting events during a pandemic poses health risks to the local community and to the players themselves," Djokovic said.

"Therefore, I would like to express my full gratitude to Tennis Australia, the Australian Government and local citizens for being willing to take this risk with us for the love of the game and the multiple opportunities it brings to the economy of the country and its people.

"We are honored, and we will all do our best to follow the guidelines and protocols put in place.

"We do hope that we will be able to nurture our bodies and be ready for the mental and physical endurance and strength tests that are ahead of us once the competition starts.

"Things in the media escalated and there was a general impression that the players (including myself) are ungrateful, weak, and selfish because of their unpleasant feelings in quarantine.

"I am very sorry that it has come to that because I do know how grateful many are.

"We all came to Australia to compete.

"Not being able to train and prepare before the tournament starts is really not easy.

"None of us ever questioned 14 days of quarantine despite what is being said by media outlets."

Tiley has also insisted the majority of players "have been really good".

The Australian Open is scheduled to run from February 8 to 21 after competition was postponed by three weeks to allow for the period of quarantine after players arrive in the country.

Several players have called for a further delay in response to many being stuck in a hotel room for 14 days, but these calls have so far been rebuffed.

Djokovic and Sofia Kenin of the United States are set to defend the men's and women's titles, respectively.