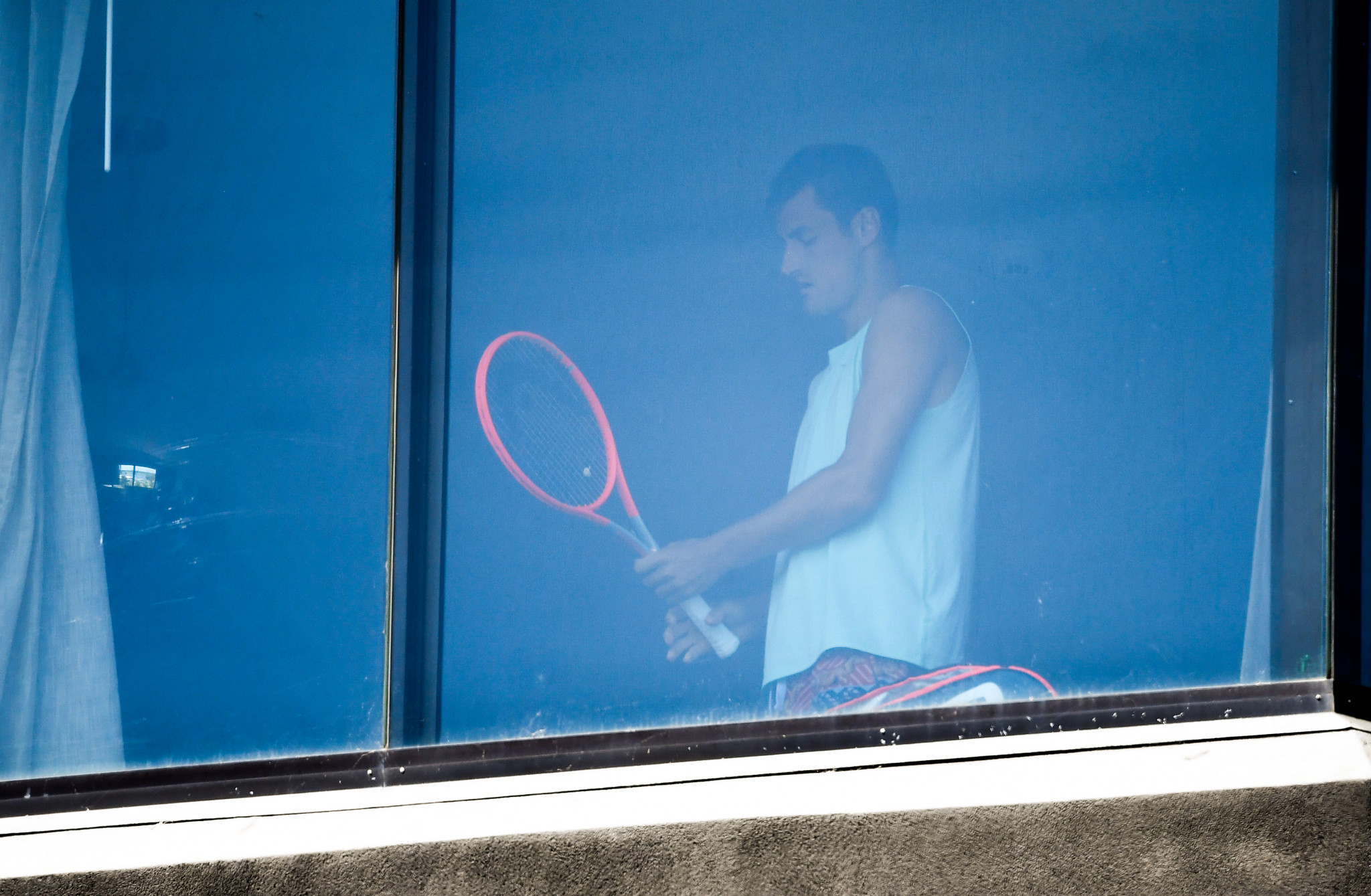 Hotel-bound players have been warned they could have a police officer outside their room or face fines if found to be "persistently breaching" strict two-week quarantine rules ahead of the Australian Open.

Her comments come after a fourth person who flew into Melbourne for the first Grand Slam of the season tested positive for coronavirus.

The latest case was a member of broadcast team who was among 67 passengers that travelled on the chartered flight from Los Angeles.

An aircrew member and a passenger had already been confirmed as testing positive, along with a tennis coach who was on a separate chartered plane from Abu Dhabi in the United Arab Emirates.

The cases have forced 47 players to be confined to their hotel rooms for two weeks, when they will be unable to train, and Cassar insisted they could be hit with fines if they do not adhere to the rules.

"We take all breaches really seriously," she said.

"For the players that is a fine of up to $20,000 (£14,718/€16,557), a warning from the police, but what we have also considered today is for those who are persistently breaching or not willing to remain in their rooms, our other option would be to transfer people to the complex care hotel where there is a member Victoria Police outside the door."

Wrong surface but that doesn‘t matter for us💪🏽 pic.twitter.com/R8FsdyGafy

Cassar said a player and a staff member had been warned over "challenging behaviours".

"(The player) opened his door to try and had a conversation with his training mates down the hallway," Cassar added.

"You can pick up the phone and use that instead of putting yourself and other people at risk.

"The other was another gentleman who shouted UberEats to some other people on the floor and was praising himself for his great efforts, and opened his door to do so.

"It is very low level, but they are dangerous acts that we cannot tolerate."

Several frustrated players have taken to social media, claiming they were unaware of the risks of being put under tough quarantine restrictions should anyone test positive on the plane.

Russian world number 28 Yulia Putintseva wrote on Twitter: "What I don’t understand is that, why no one ever told us, if one person on board is positive the whole plane need to be isolated.

"I would think twice before coming here."

Tournament director Craig Tiley said he understood players' anger but insisted the rules were made clear to them before taking the flights.

"It is unfortunate that we’re in an environment now where we’ve got to manage it."

The Australian Open is scheduled to run from February 8 to 21 after it was postponed by three weeks to allow for the period of quarantine after players arrive in the country.

Calls have been made for the tournament to be pushed back again, but Tiley stressed the competition would start as planned.

"The Australian Open is going ahead and we will continue to do the best we possibly can do to ensure those players have the best opportunity," added Tiley.

Sylvain Bruneau, coach of 2019 US Open champion Andreescu who was on board the flight from Abu Dhabi, tested positive for coronavirus.

He said he had returned a negative test within 72 hours of boarding the flight and had "no idea how I might have contracted the virus".

All players set to feature at the Australian Open are subject to a 14-day quarantine period upon arrival in Melbourne, although they would have been permitted to leave their hotels for up to five hours a day to train.

They are required to produce a negative coronavirus test before boarding chartered flights laid on by tournament organisers.

Fifteen chartered flights have been organised to bring around 1,200 players, coaches, entourage members and officials to Melbourne ahead of the Australian Open.

The arrival of players in Australia has been criticised by some citizens who find themselves struck abroad and unable to return to the country as only a limited number of people may enter Australia each week.