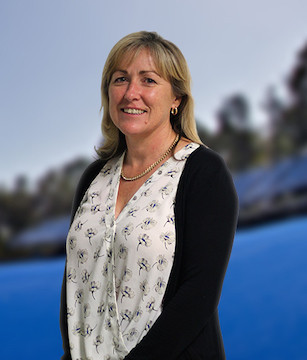 Hockey Australia high-performance director Toni Cumpston has resigned just over six months before the start of the rescheduled Tokyo 2020 Olympic Games amid an investigation into a the "toxic" culture in the women's set-up.

Cumpston, who took on the role in 2016, had faced widespread criticism from players and said in a statement that she felt she had lost the support of the Hockey Australia Board.

An independent inquiry into allegations of a toxic culture within women's hockey in Australia was launched in November by the governing body.

There were also individual complaints of bullying, body-shaming, the development of serious eating disorders and unfair team selections in the women's programme, throwing the sport in the country into crisis with the Tokyo 2020 Olympics fast approaching.

Cumpston claimed she had been "left with no choice but to resign from my position as it is untenable to continue in the present circumstances".

"I was brought into Hockey Australia to address many of the problems that have existed within the organisation for a long period, including serious allegations of bullying and behavioural issues," she said in a statement issued through her lawyer.

"I have worked assiduously to improve the culture of Hockey Australia and our national sides, and in doing so I have always received strong support and encouragement from management and the Board.

"However, in a very short space of time it has become evident that I no longer have the support of the Board of Hockey Australia to continue this work."

In a statement confirming Cumpston's departure, Hockey Australia said she had "been instrumental in making a raft of positive and significant changes to the delivery of the high performance programme".

"Under Toni’s tenure, and with support from the coaching and support staff within the high performance unit, both the men’s and women’s programmes have made significant improvements across the Tokyo cycle," said Hockey Australia chief executive Matt Favier.

"Toni has been a consummate professional throughout and worked tirelessly in creating an elite high performance environment in the pursuit of on field excellence and success.

"At the start of 2020 prior to COVID, the Kookaburras were ranked number one in the world while the Hockeyroos were ranked second, and Toni’s expertise and contribution was a major part of this.

"On behalf of everyone at Hockey Australia, I wish Toni all of the best in her future endeavours in whatever she chooses to do next."

The Hockeyroos also finished second in the inaugural edition of the Hockey Pro League in 2019.

Australia booked a place at Tokyo 2020, postponed to this year because of the coronavirus pandemic, through the Olympic qualifiers.