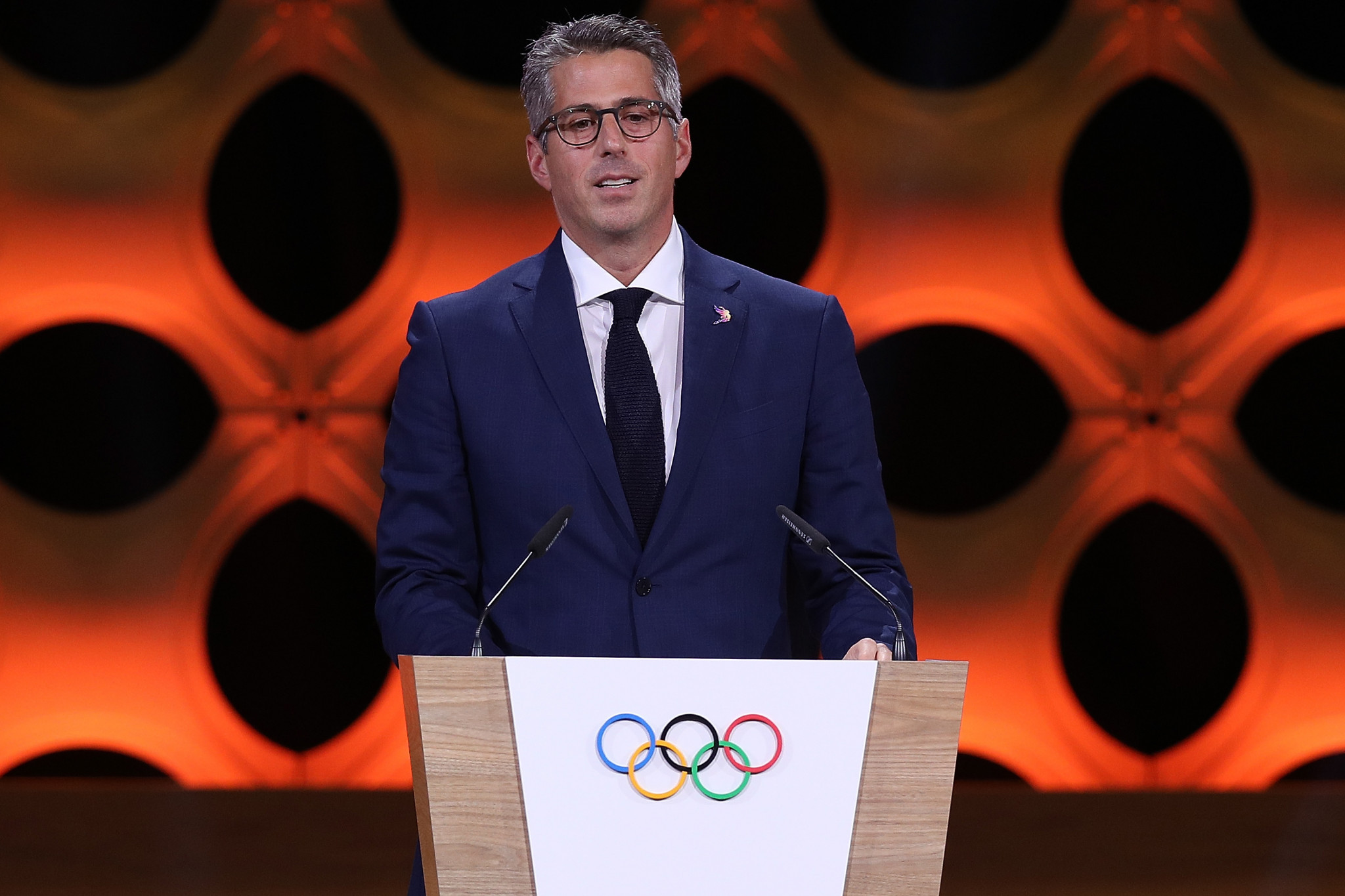 Los Angeles 2028 chairperson Casey Wasserman has spoken of his desire to launch a bid to become Governor of California following the conclusion of the Olympic and Paralympics Games in 2028.

Wasserman played an instrumental role in ensuring the Games returned to Los Angeles before being named head of the Organising Committee.

Speaking on the Extraordinary Tales in Extraordinary Times podcast, hosted by World Athletes President Sebastian Coe, Wasserman gave an update on Los Angeles 2028 preparations and revealed his ambition to stand for Governor of California.

The position was famously held by Hollywood actor Arnold Schwarzenegger between 2003 and 2011, while Gavin Newsom is the current Governor.

"I really take my responsibility with the Games incredibly seriously," said Wasserman, as reported by Sports Examiner.

"I believe I have a great desire to give back in many ways.

"I’m fortunate that I would have the means to not have a job if I wanted to do that, and so I view that post-2028, whether it’s running for office or giving back in some way to society politically beyond just running a business or helping to pull together the Olympic Games, is something I have a real desire to do.

"If I were leaning today, it probably would be Governor because I think the state of California is a really powerful economic and political and societal influence in the world given the size of its economy and the calibre of its resources and the quantity of its people and the opportunity to make a positive impact at that scale really energizes me and gets me excites.

"Whether I could ever be successful at getting elected or anything like that is something I would definitely intend to make a part of my future."

Wasserman revealed Coe, chair of the London 2012 Organising Committee, was key to him accepting the position as head of the Los Angeles' bid for the 2024 Olympic and Paralympic Games in 2015.

Following a deal with the International Olympic Committee (IOC), Los Angeles was awarded the 2028 Olympics in 2017, with Paris taking the 2024 Games.

"In Paris today, there is a group of people thinking of really innovative, sustainability, environmental, technology, all the things you would want to do if you are going to host an Olympic Games," said Wasserman.

"They are all great ideas, we’re all thinking about some version of the same, and then there is another part of that office that looked around and said, 'Wow, we haven’t broke ground on our Olympic Village and we have to host 17,500 residents in less than four years from today'.

"So all those good ideas, go out of the window because it’s all hands on deck to make sure that you have an Olympic Village that’s ready to open.

"The fortunate thing for us is we turn around and look outside our window and we look at UCLA, which houses 20,000 students today in dorms that are nicer than anything you could build and that means we get to turn around and focus on those ideas and so, sustainability, innovation in terms of delivery, how you even manage an Olympic Games."

Excited for the Olympic & Paralympic Games to come to Los Angeles! I loved being an #LA28Creator on this historic emblem launch. We are all a part of the LA story, and together, we demonstrate the magic of our amazing city. Every voice matters. #LA28 @LA28 pic.twitter.com/C24MTdYFfP

Wasserman said he was determined to create a "solid foundation" for the Games before increasing staff and volunteer numbers and launching an "aggressive" commercial programme.

"We’re in that fine line between how much do we do early because we have the time and how much do we wait to the end because things are going to change so much," Wasserman commented.

"But we are keenly focused on doing something special."

On the impact of the coronavirus pandemic, Wasserman added: "I think the days of flying to New York for an hour meeting are probably over.

"There’s going to be a new normal, but what we are in now is not the new normal and as you know better than I do, the pendulum always swings too far in both directions and you usually ends up in the middle."

Los Angeles 2028 was been praised for its "great progress" during the first meeting of the IOC Coordination Commission for the Games in October, with its brand launch, youth development funding and venue masterplan among the items discussed.