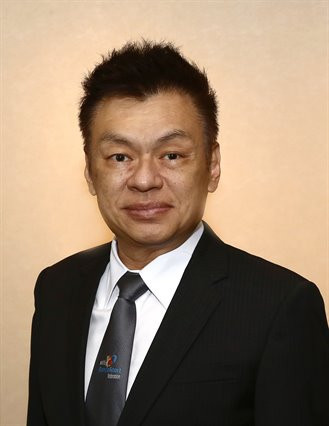 The quality of breakdancing’s Olympic debut at Paris 2024 - officially confirmed last month - will be critical in securing the event’s future place within the Games, according to World DanceSport Federation President Shawn Tay.

Asked about his hopes of breaking - as the event is known in its Olympic context - maintaining its place in the programme for the Los Angeles 2028 Olympics, Tay told insidethegames: "At this stage all of our focus is on organising the best possible breaking event at Paris 2024.

"Would we like to see it added to Los Angeles 2028 and beyond?

"Of course we would.

"But to make that a reality we have to put all our effort into making Paris 2024 a success, which is all that concerns us at present."

Acknowledging that the decision to include breaking in the Olympics was a controversial one in some quarters, and that some question whether it is a genuine sport, Tay added: "It is important to point out that we faced the exact same questions ahead of breaking’s appearance at the 2018 Youth Olympic Games in Buenos Aires but once the battles got underway there was no more concern about its sporting dimension or doubt about its appeal.

"There also appears to be some confusion among the uninitiated as to what breaking actually is.

"There are numerous forms of street dance, many of which are not competitive, and like any other sport breaking has practitioners who do it for fun as a hobby in addition to the elite-level athletes who do it professionally.

"Competitive breaking is both a sport and an art-form.

"In addition to Battle of the Year and Freestyle Session, today’s major international breaking events include The Notorious IBE (Holland), Outbreak Europe (Slovakia), the Red Bull BC One Championships (Global), the UK B-Boy Championships (England), The Silverback Open (USA), BIS (China), and The Undisputed World Finals (Global), among many others primarily in North America, Europe and Asia.

"The Olympic Games, while being the biggest stage of them all, is simply an extension of what has already been taking place in the breaking scene for 30 years.

"Breaking deserves its place at the Olympic Games and we have every confidence that Olympic fans around the globe will be won over by the competition in Paris."

Commenting on his aspirations for Paris 2024, where breaking is scheduled to take part with other "urban" sports in the Place de la Concorde, Tay added: "For dancesport to be showcased at the Olympic Games - the biggest stage in sport - is a massive honour and one that comes with great responsibility.

"We got a taste of the Olympic experience when breaking debuted at the 2018 Youth Olympic Games in Buenos Aires, and everyone involved, from the athletes to the judges to the organisers, all left wanting more.

"With Paris 2024 now on the horizon, the WDSF is excited for the challenge, humbled by the opportunity, and 100 per cent ready to organise a breaking event for the ages."

The full story can be read here.