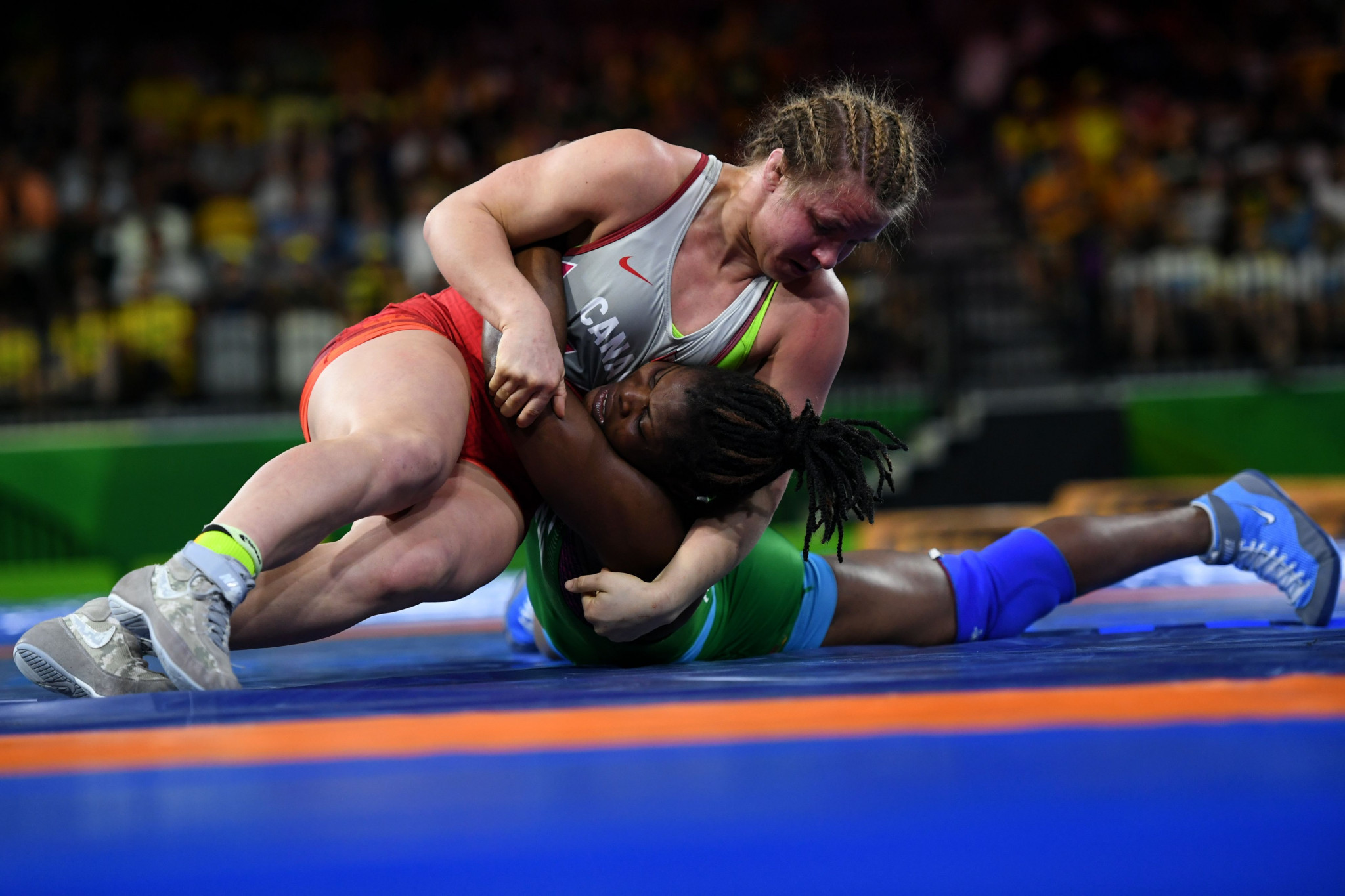 Olympic champion Erica Wiebe has said she would not want to be prioritised for COVID-19 vaccinations to enable the Tokyo 2020 Olympic Games to take place.

Pound suggested prioritising athletes for the COVID-19 vaccine would be the "most realistic way" of ensuring the Games can take place this year.

There was no suggestion from Pound that athletes should be placed ahead of the elderly, vulnerable and healthcare workers, with the official suggesting the prioritising of athletes in the months ahead.

"In Canada where we might have 300 or 400 athletes - to take 300 or 400 vaccines out of several million in order to have Canada represented at an international event of this stature, character and level - I don't think there would be any kind of a public outcry about that," Pound told Sky News.

"It's a decision for each country to make and there will be people saying they are jumping the queue but I think that is the most realistic way of it going ahead."

Wiebe tweeted in response to a CBC story asking "Do you think athletes should be given priority access to coronavirus vaccines?"

"I want to represent Canada in Tokyo," Wiebe wrote.

"I want to continue to inspire the next generation of young boys and girls.

"But I need my community to be safe first and that means a measured, risk-based vaccination plan."

The Olympic wrestling gold medallist later told CBC that she would not want to receive access to vaccines ahead of her parents, who are considered part of an "at-risk population".

"They're actually planning on going to Tokyo with me, and they hope to be vaccinated prior, but they're in an at-risk population," Wiebe said.

"So, if I had the choice, no I wouldn't want to be prioritised over them."

The IOC has repeatedly stressed it supports priority access for high-risk groups and healthcare workers.

The organisation has expressed its commitment to having as many foreign participants as possible vaccinated for COVID-19 before Tokyo 2020.

IOC President Thomas Bach in November encouraged athletes to have a COVID-19 vaccination before the postponed Tokyo 2020 Olympics but insisted it would not be an entry requirement for the Games.

He said this would be a "free decision" for athletes and others involved in the event, but added they should be vaccinated as a "sign of respect" for other competitors and the host nation.

The IOC has suggested it will shoulder some of the cost of vaccinating participants at Tokyo 2020.

The IOC says it will work with National Olympic Committees to encourage and assist their athletes, officials and stakeholders to get vaccinated before they go to Japan.