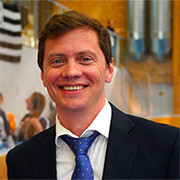 Boris Darlet has been elected President of the French Roller and Skateboard Federation (FFRS), and will lead the organisation into the Paris 2024 Olympics.

Skateboarding is due to make its second Olympic appearance at the Paris Games, following a debut at Tokyo 2020 later this year.

Darlet, previously an FFRS vice-president, had been the FFRS Interim President since March, following the resignation of Nicolas Belloir.

Belloir resigned after multiple allegations of sexual assault committed within the sport in France came to light.

Before the election, Darlet published a 12-point manifesto outlining his vision for the FFRS, with the organisation "at a turning point in its history".

Making the sport a safe place - by exhibiting a zero-tolerance approach to violence and discrimination, continuing to support victims of abuse and seeking to increase awareness of safeguarding issues - was among the pledges.

Darlet also vowed to aid the French team at both Tokyo 2020 and Paris 2024 to the best of the FFRS' abilities and to better support clubs.

Skateboarding was officially approved onto the Paris 2024 programme in December, as had been widely expected.