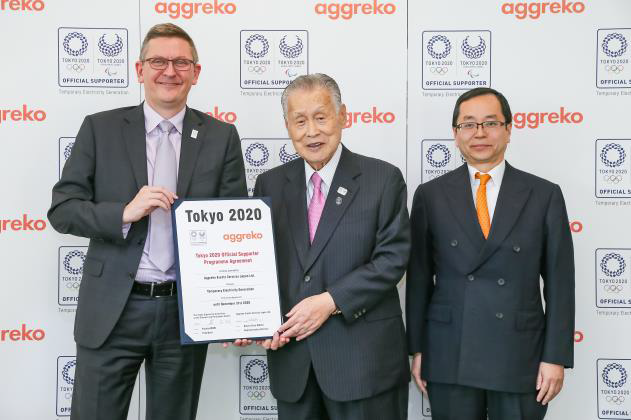 Aggreko Events Services has confirmed a revised contract for the Tokyo 2020 Olympic and Paralympic Games, which will reportedly be worth $315 million (£231 million/€256 million).

The Glasgow-based company became a Tokyo 2020 sponsor in December 2018 and was given the category of temporary electricity generation.

Aggreko is set to provide temporary electricity system to support the Games, including supporting operations at the International Broadcast Centre, the Main Press Centre and the Athletes’ Village.

It will also support functions such as broadcast, technology and sport lighting in 43 venues.

Aggreko confirmed it has revised its contract with Tokyo 2020 following the postponement of the Olympic and Paralympic Games to 2021.

The company said the contract will now have a revenue value of around $315 million (£231 million/€256 million) to the group, according to Scottish newspaper The Herald.

"As we confirmed in our third quarter trading announcement on 17 November 2020, our preparation work for the Games continues to progress well and we remain confident of delivering to the revised schedule," Aggreko said in an update.

The contract reportedly reflects the impact of the postponement, as well as scope changes.

The guidance "assumes the Games proceed as planned at this increased overall contract value".

Aggreko have a history of supporting international sporting events having supplied the power at Beijing 2008 and London 2012, as well as Pyeongchang 2018.

The firm recently supported the 2018 Commonwealth Games in the Gold Coast and the European Championships in Berlin and Glasgow.