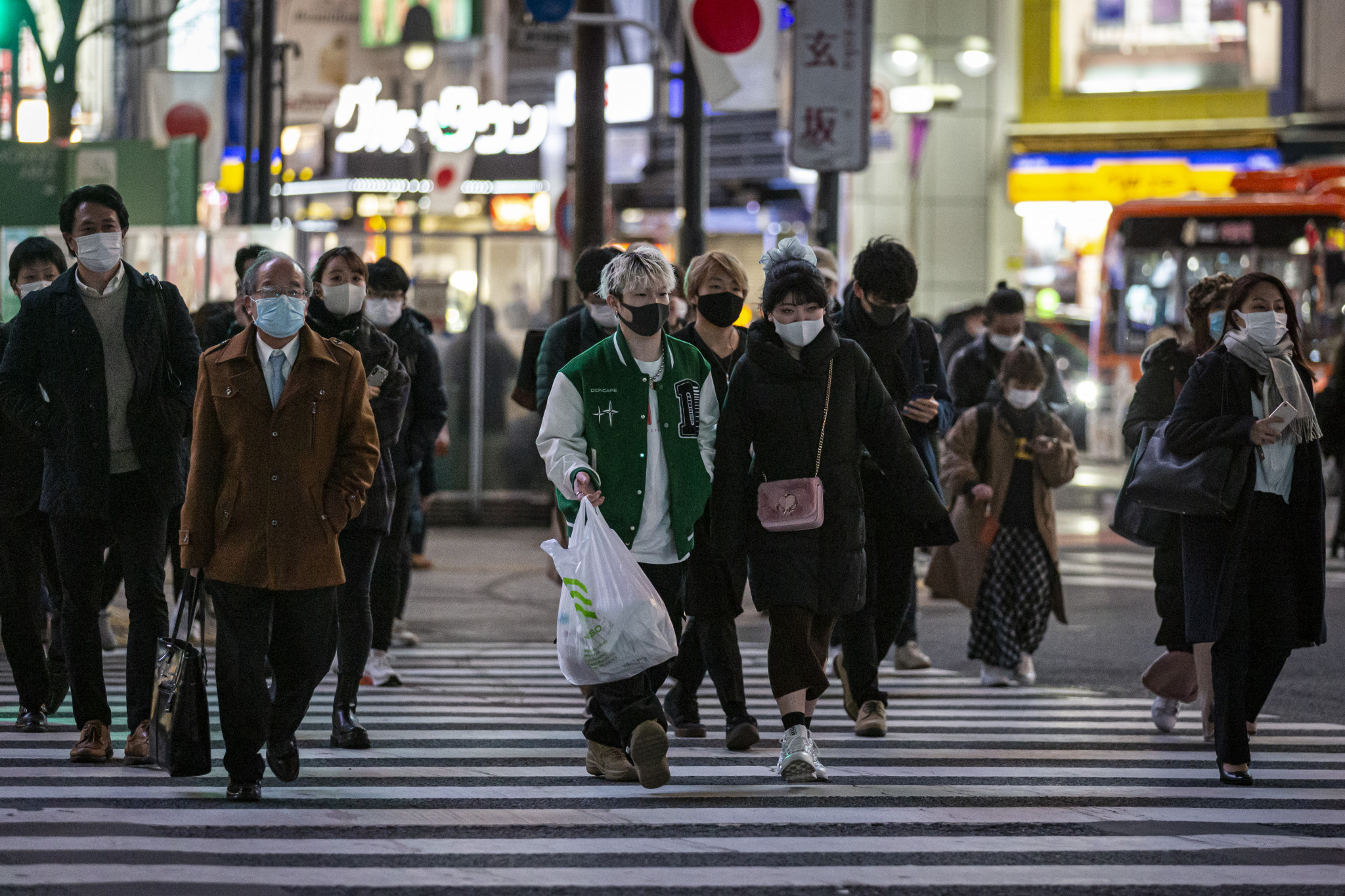 Tokyo has reported a record daily number of coronavirus cases as Japan’s Prime Minister Yoshihide Suga appears set to announce a state of emergency in several areas of the country tomorrow.

A total of 1,591 new coronavirus infections have been reported in the Japanese capital today.

A new national record number of cases has also been recorded, with a Kyodo News tally revealing there had been 6,004 further infections across the country.

Multiple Japanese media reports claim a state of emergency is likely to come into force either on Thursday or the following day.

The state of emergency could last for a month.

Tokyo Governor Yuriko Koike and her counterparts from three neighbouring prefectures are among key officials to have called on the Japanese Government to declare a new state of emergency.

"Even if we take strong measures immediately, it will be difficult to bring the Tokyo metropolitan area down to stage 3 by the end of January," Takaji Wakita, chief of the National Institute of Infectious Diseases, said following a meeting with Japan’s Health Ministry.

Since the coronavirus pandemic began, Japan has recorded 254,000 cases.

At least 3,548 people have died from the virus in Japan, with a daily record 76 deaths reported yesterday.

Several nations have been forced to increase restrictions following the detection of new variants of coronavirus which are considered to be more transmissible.

The variants have led to a surge in the number of cases in multiple countries.

The 501.V2 variant of the virus - thought to be 70 per cent more transmissible - has been detected in Japan, which prompted the nation to shut its border to foreign travellers until at least the end of January, and elite athletes are no longer exempt from the travel restrictions.

In an address to mark the start of 2021, Suga vowed to hold a "safe and secure" Olympics in 2021 despite rising concern over the infection rate.

International Olympic Committee President Thomas Bach also insisted the Games "will be the light at the end of the tunnel", and underlined the organisation's "determination" to stage the Olympics as planned.

Should they go ahead, they will do so with a series of COVID-19 countermeasures in place.

Former Prime Minister Shinzō Abe declared a state of emergency in Japan in response to the pandemic on April 7 last year - two weeks after the Olympics and Paralympic were postponed until 2021.

It was lifted at the end of May.