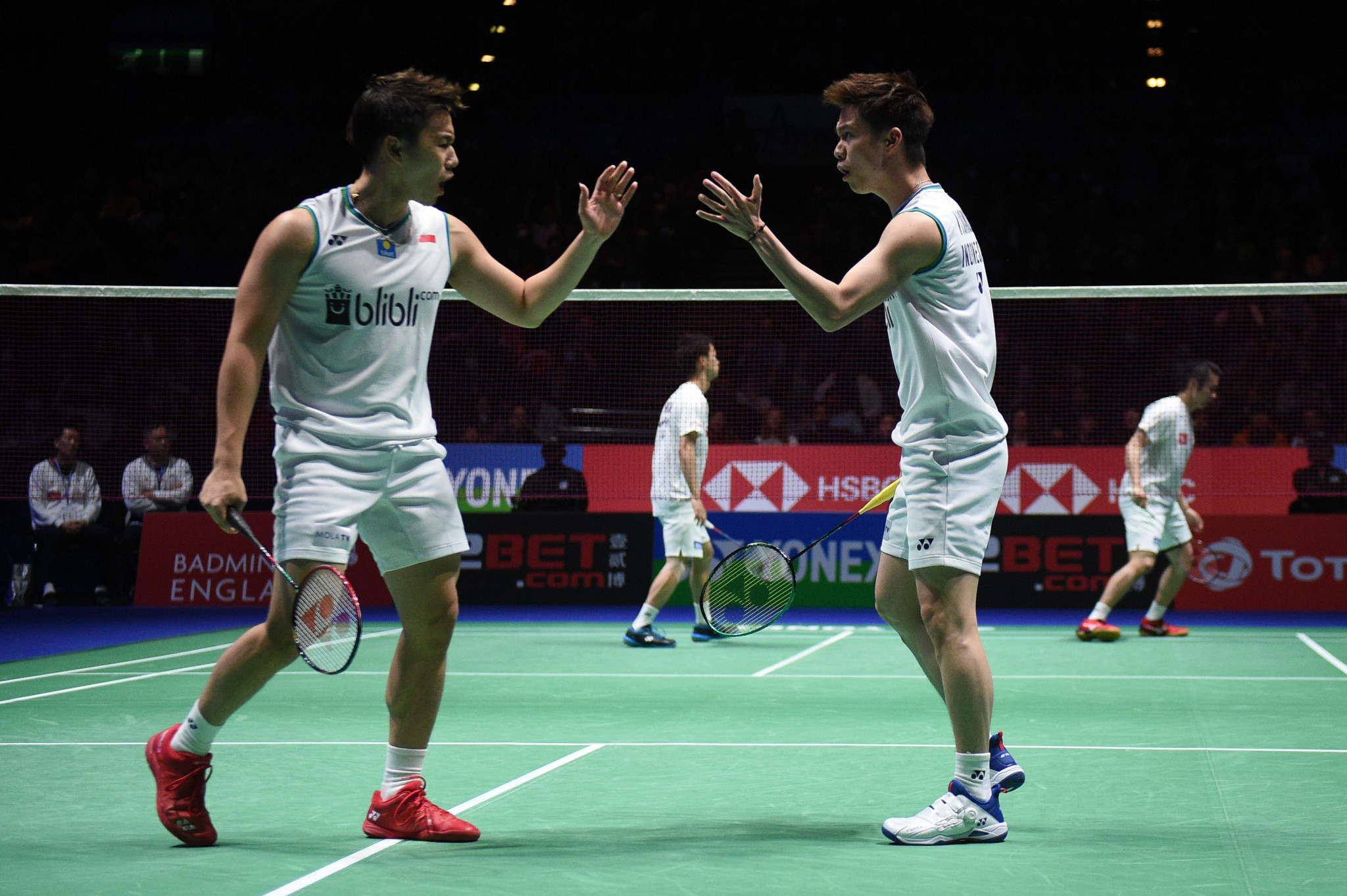 The Indonesian duo announced they had pulled out of the events after Sukamuljo returned three positive coronavirus tests, the latest coming on December 31.

He first tested positive on December 20 after losing his sense of smell and taste and then entered into a period of self-isolation.

His team mates were not informed of the news in order to keep morale high in the run-up to competition.

"Thank you for your prayers and support, I hope I can recover quickly and be able to train again as before," said Sukamuljo.

"This is also a lesson for me to always be vigilant in future."

They will also not be able to compete at the the BWF World Tour Finals, currently scheduled for January 27 to 31 in Bangkok.

Indonesian men doubles coach Herry Iman Pierngadi revealed Sukamuljo would not have competed at the tournaments even if his third test was negative.

"Even if he had tested negative, I wouldn’t have wanted him to compete at these three taxing tournaments," said Pierngadi.

"He wouldn’t have had enough time to prepare properly.

"Right now, his health is of utmost importance."

The three tournaments in Bangkok have been impacted by a number of other high-profile withdrawals, including the entirety of the Chinese team after they deemed it was unsafe to travel.

Home favourite Nitchaon Jindapol is another withdrawal after she was injured in a training session.