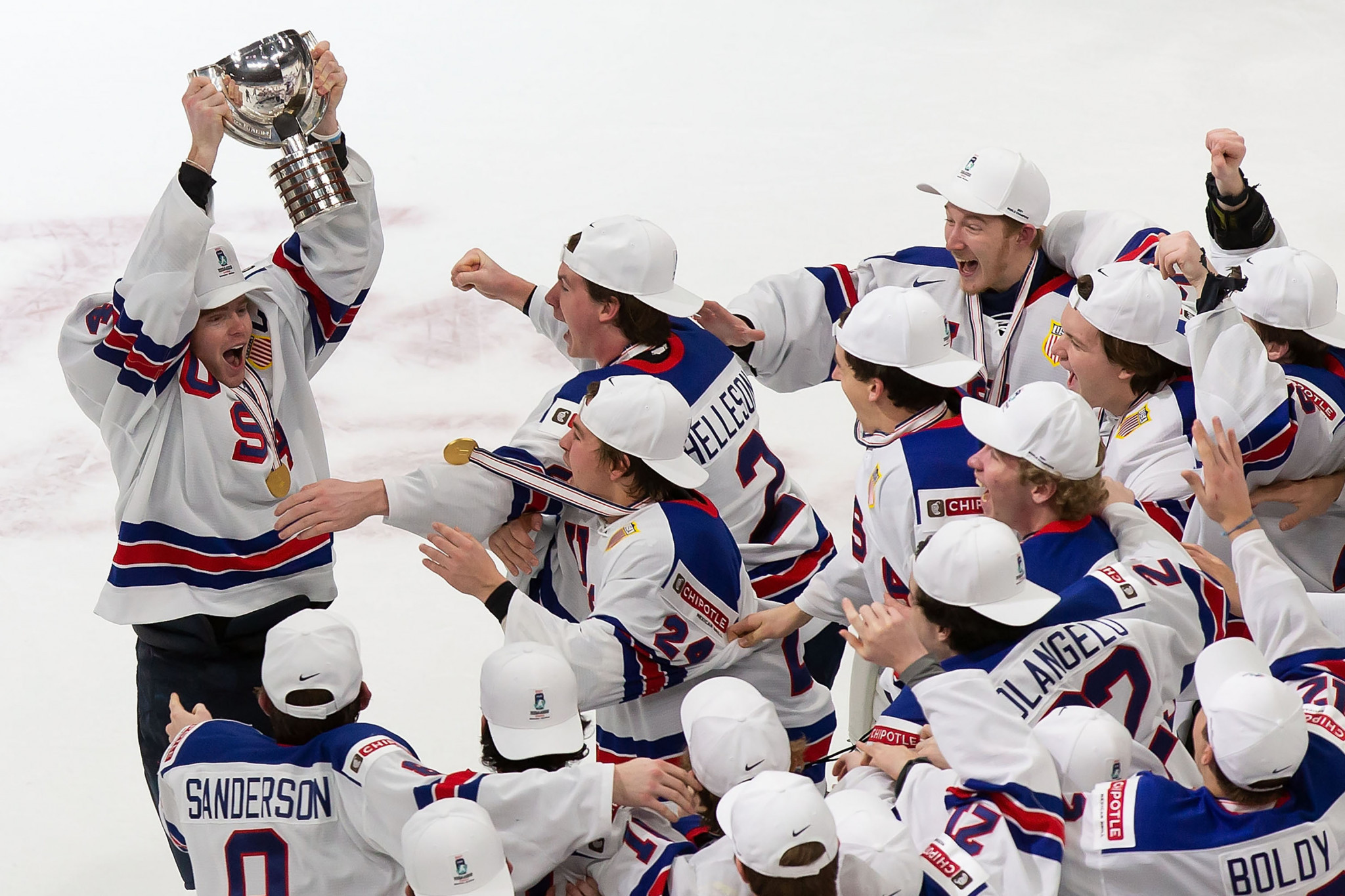 Alex Turcotte put the American side in front in the first period at Rogers Place in Edmonton.

Trevor Zegras, named most valuable player of the tournament, then made it 2-0 in the second period.

Canada were on the attack in the third period but Spencer Knight was superb in the American goal, saving all 15 shots from his opponents.

"We had a great start," US coach Nate Leaman said.

"We hadn't had great starts our previous games.

"We had a really good first and then an excellent start coming out for the second.

"That second goal was really big.

"It just made it that much harder for Canada.

"They're a great team - they pushed us in the third period, but we bent; we didn't break."

For 18-time winners Canada, it was a 10th silver medal.

Finland overturned a 1-0 deficit to beat Russia 4-1 in the bronze medal match.

Ilya Safanov opened the scoring in the first period, but a goal from Finland's Anton Lundell in the second levelled the match.

Lundell scored again in the third period, with Mikko Petman and Juuso Parssinen completing the comeback.

"We all knew that we wanted to win really bad today, and I think that showed in our game," Lundell said.

"We trust each other and just keep working.

"And we trust that if you work hard, there will be good things."

The IIHF World Junior Championship took place in a strict bio-secure bubble in Edmonton to allow competition to be staged during the COVID-19 pandemic.