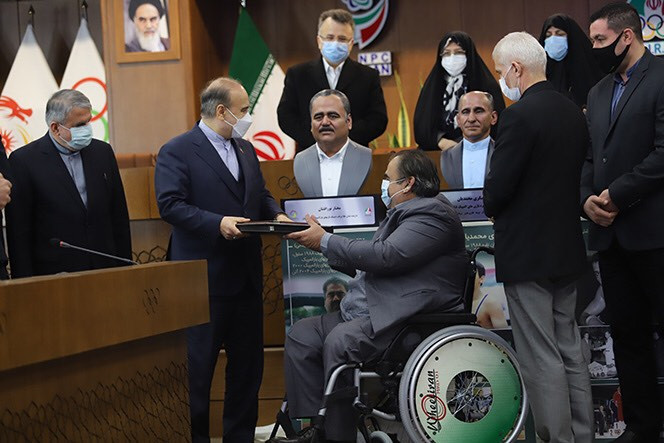 A bust of seven-time Paralympic medallist Mokhtar Nourafshan has been unveiled at Iran's Hall of Fame.

During his career, the Iranian mainly competed in the F53 category throwing events.

Nourafshan earned Paralympic gold in the discus throw at Seoul 1988 and Sydney 2000, also taking gold in the shot putt at the latter Games.

He also triumphed in the javelin and claimed silver in the discus throw and shot putt at Atlanta 1996.

Nourafshan returned to compete in the javelin at Athens 2004 and finished with a bronze medal.

More busts of Olympic and Paralympic champions had been revealed at the Hall of Fame in the Iranian capital in June, when it was inaugurated.