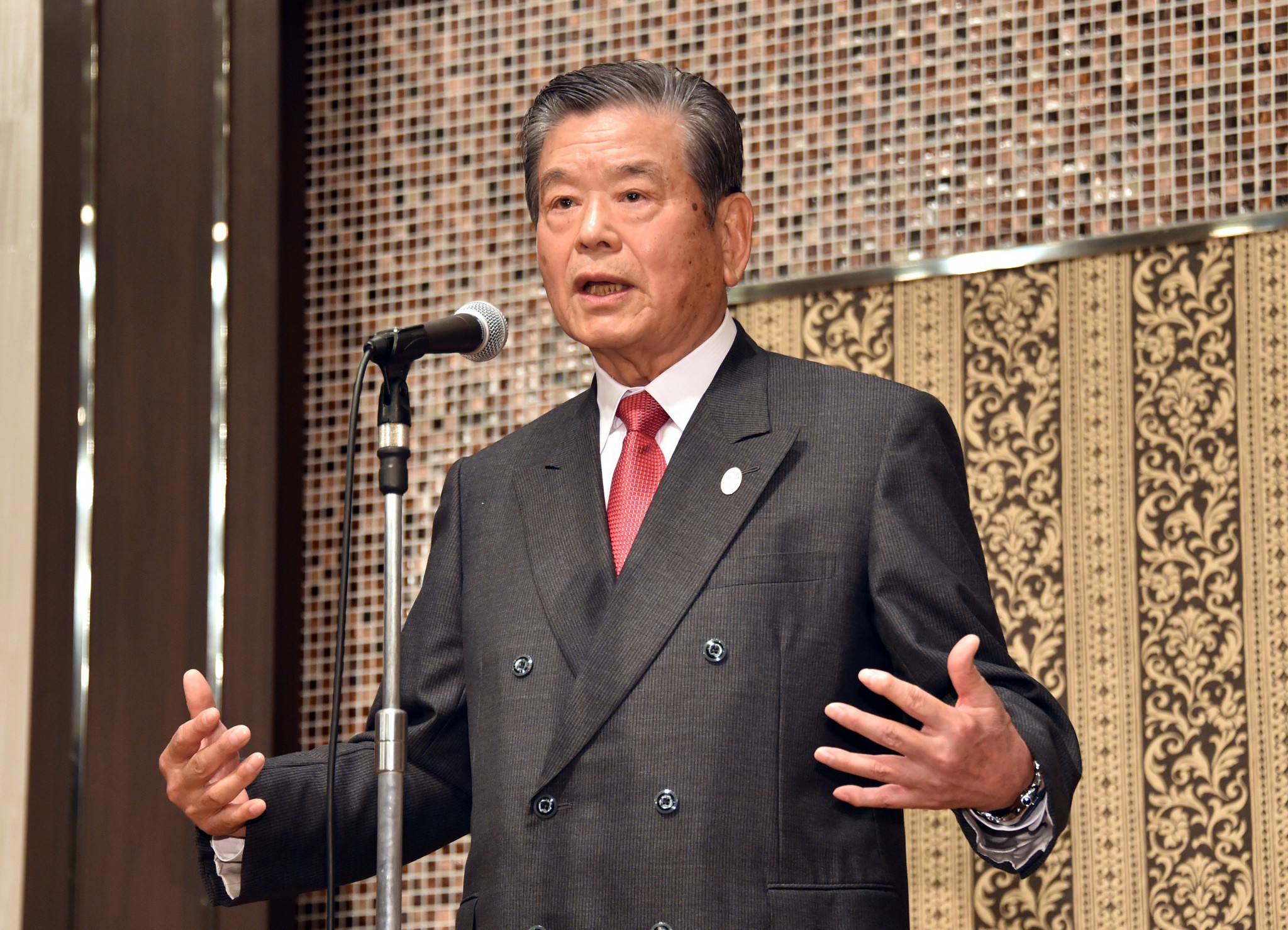 Tokyo 2020 Athletes' Village Mayor Saburō Kawabuchi claimed holding this year's Olympic and Paralympic Games with no spectators would be "like cooking a meal with no seasoning".

In an interview with Kyodo News, Kawabuchi discussed his role and his hopes for the postponed Tokyo 2020.

The Olympics are now scheduled to take place from July 23 to August 8, followed by the Paralympics from August 24 to September 5, but doubts over the staging of the Games continue due to the COVID-19 pandemic.

It is still uncertain whether spectators will be allowed to watch the competition unfold but Kawabuchi revealed he was strongly against holding Tokyo 2020 behind closed doors.

"Having the best athletes in the world competing without an audience would be like cooking a meal with no seasoning," he said.

"It's the fans who provide the excitement and make the athletes want to give their best.

"The fans give them the power to far exceed what we imagine possible."

As part of the measures set to be introduced to hold the Games safely, athletes have been told they will be expected to arrive in the Tokyo 2020 Athletes' Village five days prior to their competition and depart a maximum of two days afterwards.

Kawabuchi revealed he was concerned about the athletes missing out on the Opening Ceremony as a result.

The 80-year-old, the former Japan Football Association President, had played in the men's Olympic football contest at Tokyo 1964.

"As soon as we entered the stadium gate, we heard a loud cheer and the Olympic March," he said.

"I was so moved and excited, I couldn't express it.

"Nothing in life could beat that feeling.

"I strongly agree with reducing the numbers at the Village as much as possible, but the athletes competing in the second half of the competition can't attend the Opening Ceremony.

"I wonder if there's something that can be done.

"Athletes have a right to attend the Opening Ceremony."

Despite his disagreement with some of the measures due to be in place during Tokyo 2020, Kawabuchi emphasised the need for athletes to follow regulations to ensure a safe environment during the global health crisis.

This includes the avoidance of the "three Cs" - closed spaces, crowded places and close-contact settings.

"I want athletes to understand that avoiding the three Cs, while also wearing a mask, gargling and washing hands will be essential," Kawabuchi said, as reported by Kyodo News.

"We want to create a safe and secure environment for them to socialise.

"People around the world have come to recognize the measures taken by Japan against coronavirus infection, such as the three Cs, to a good degree.

"If the Olympics are held successfully, it will clearly demonstrate their importance."

Kawabuchi's comments came as the Japanese Government suspended entry conditions for athletes and team officials travelling from countries to have reported cases of the new variant of coronavirus.

This will be in place until at least the end of January.

The new variant of COVID-19 is thought to be 70 per cent more transmissible than other strains.

Japan is also experiencing a spike in coronavirus cases, with Tokyo reporting more than 1,000 daily COVID-19 cases for the first time yesterday.