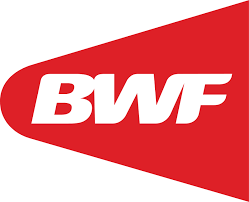 Doubles player Nikita Khakimov has been suspended for five years by the Badminton World Federation (BWF) for match-fixing and betting offences.

The BWF was made aware of the allegations against Khakimov by a whistleblower, who claimed the Russian messaged him on Facebook and asked him to manipulate a result at the 2018 European Teams Championship in Kazan.

Khakimov denied the allegations and claimed a team-mate had taken his phone to send the messages.

Despite this, an independent panel found the 32-year-old to be in breach of the BWF integrity regulations.

Khakimov was found guilty of approaching a player and offering money to manipulate a match at the European Teams Championship, betting on badminton matches, failing to properly cooperate with an investigation and deliberately destroying evidence of a corruption offence to conceal it from the BWF.

He may appeal the decision at the Court of Arbitration for Sport (CAS).

Khakimov was part of the Russian team that earned a bronze medal at the European Men's Team Championships in Liévin in February.

Previously, the CAS upheld the BWF's appeal against a decision made by the governing body's doping hearing panel.

The panel had determined in November 2019 that Mauritius badminton player Kate Jessica Foo Kune had not committed an anti-doping violation at that year's All-African Championships.

Foo Kune asserted that she had been the victim of deliberate spiking of her water during the event, with the BWF doping hearing panel concluding that the player bore no fault or negligence and would not have any period of ineligibility imposed.

The BWF decided to appeal the decision before CAS as it touched upon the interpretation of fundamental principles of the World Anti-Doping Code.

CAS cited that they accepted the breach was unintentional but concluded a plea of "no significant fault" was not admissible.

Foo Kune was handed a two-year suspension from December 15.

The reasoned decision will be published by CAS and the BWF early next year.