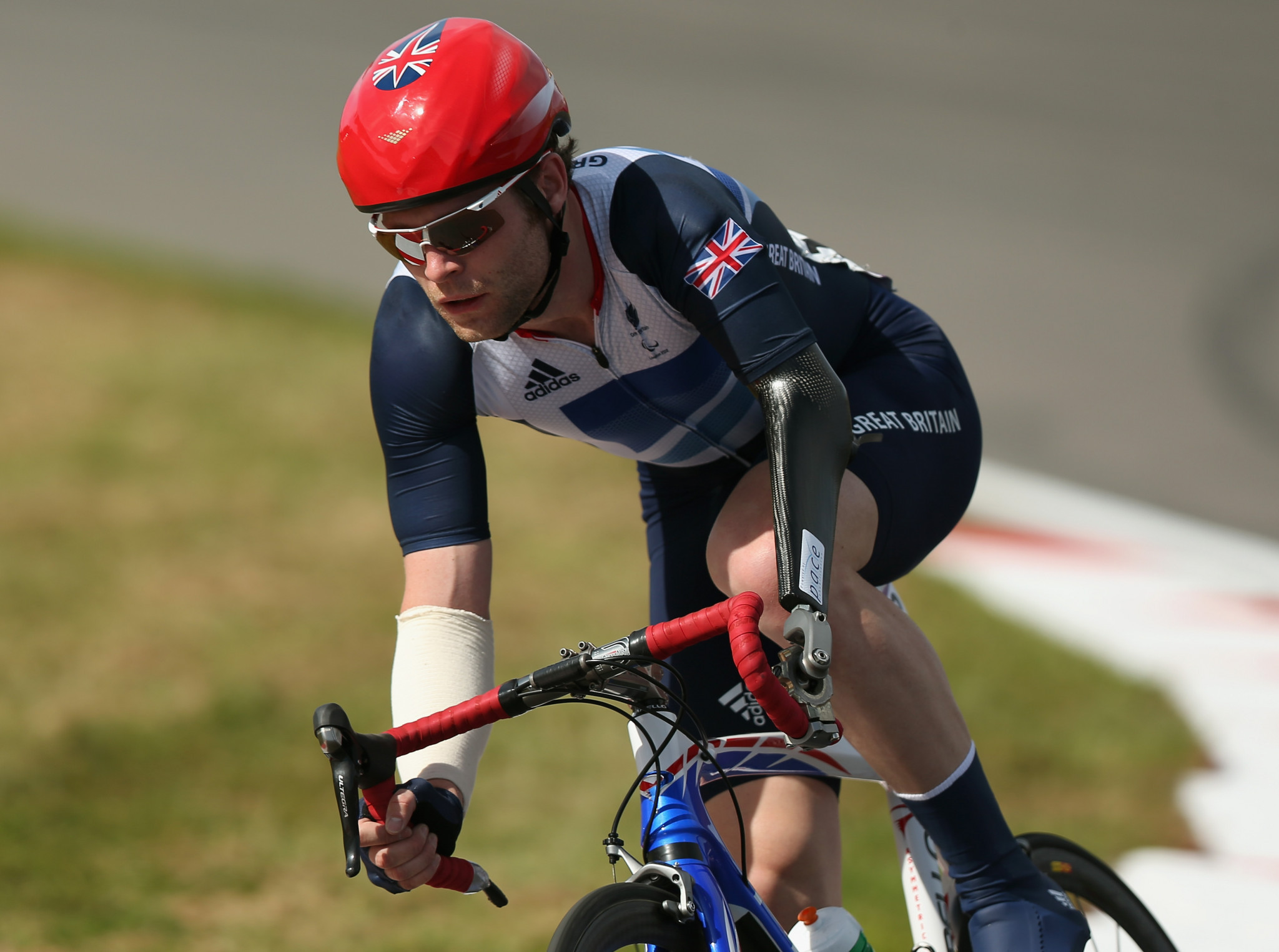 The 34-year-old became the first former British serviceman to win a Paralympic title when he topped the podium in the mixed team sprint at Rio 2016 alongside Jody Cundy and Louis Rolfe.

He made his Paralympic debut at his home London 2012 Games, winning a hat-trick of silver medals in the C4-5 kilo, C5 pursuit and mixed team sprint.

He began competitive cycling after attending a ParalympicsGB talent ID day in Loughborough, just 10 weeks after his arm was amputated following a rocket attack at Basra Air Station in Iraq in August 2007.

After being selected for the Para-cycling Talent Programme in 2009, he went on to set a world record in the C5 kilo less than two years later at the 2011 World Championships in Italy.

His four golds at World Championship level were complemented by six other medals.

He will now not continue towards the Tokyo 2020 Paralympics, which have been postponed to next year because of the COVID-19 crisis.

"I have enjoyed a long and successful career on the Great Britain cycling team," Butterworth said.

"My proudest achievement is becoming the first British ex-serviceman to win a gold in Paralympic history.

"I have had the pleasure of working with some truly amazing people who have helped make it all possible.

"On reflection at the end of this strange year, the time feels right to retire from professional cycling so that I can focus my energy on the next step of my career.

"I wish my team-mates all the very best in their preparations for Tokyo 2021 and I thank them for all the memories."

British Cycling's performance director Stephen Park added: "I'd like to offer Jon-Allan a huge congratulations on achieving all he set out to in his cycling career.

"To win four Paralympic medals and 10 World Championships medals is something to be proud of and is testament to his strong work ethic and athletic ability.

"Jon-Allan has played a big part in our team, inspiring others with his mental resilience and the level of focus which he has learned outside of sport but utilised with great affect inside of sport, which has resulted in his success at the top level of Para-cycling.

"On behalf of the Great Britain cycling team, I'd like to thank Jon-Allan for his contribution to the team and also to the sport of Para-cycling, and we wish him well for the future."