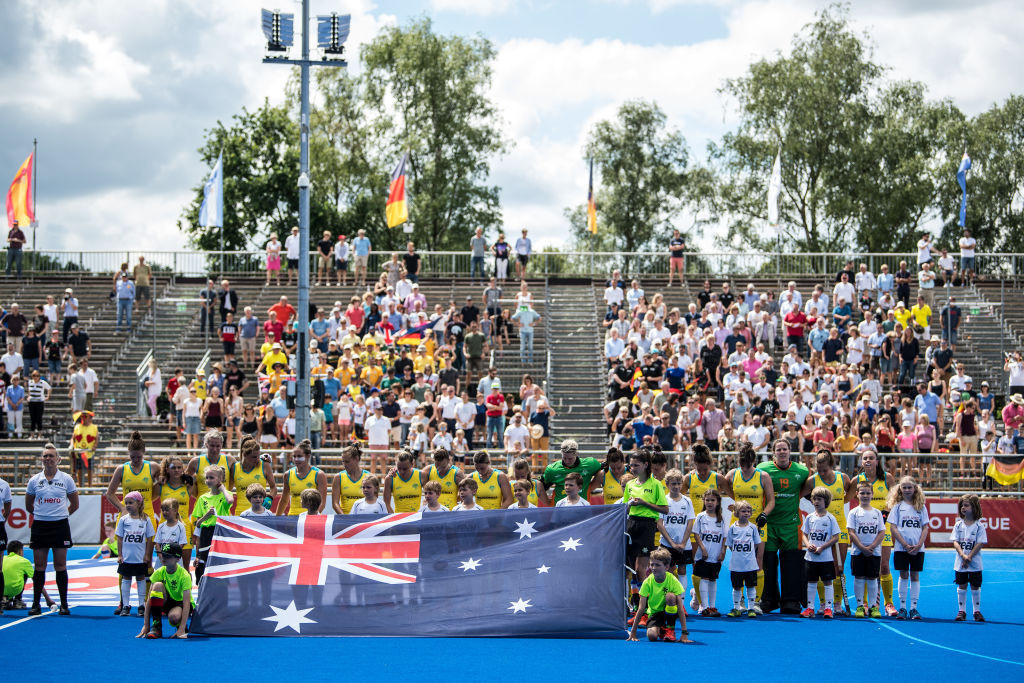 Up to half of the Australian women's hockey squad are reportedly considering a strike just eight months before the rearranged Tokyo 2020 Olympic Games are due to open amid a protracted dispute with senior team officials.

According to the Australian Associated Press (AAP), the axing of 2019 International Hockey Federation goalkeeper of the year Rachael Lynch and former captain Georgina Morgan from the 2021 squad is at the heart of the latest row between the team and management.

The AAP reported about half of the team were so aggrieved that they have threatened to refuse to play.

It has been reported the Australian side, ranked second in the world, have grown increasingly frustrated and angry at officials including high-performance director Toni Cumpston.

Hockey Australia has also begun an independent inquiry into allegations of a toxic culture within the sport in the country, according to the AAP.

Two-time Olympian Nicole Arrold has raised concerns regarding the culture, while claiming bullying allegations had been handled poorly and the leadership of coach Paul Gaudoin had been "chaotic".

Matt Favier, chief executive of the national governing body, has backed Cumpston and Gaudoin, despite the growing unrest within the team.

"We’ve had our challenges along the way to where we are at this time, and Toni is providing excellent leadership to this group," Favier told AAP.

"Look, I don’t expect every player to be sending Christmas cards to every member of the leadership team.

"That’s not how I think about things.

"In my opinion, her relationship is professional with the player group, as it needs to be.

The Hockeyroos also finished second in the inaugural edition of the FIH Hockey Pro League in 2019.

Australia booked a place at Tokyo 2020, postponed to next year because of the coronavirus pandemic, through the Olympic qualifiers.