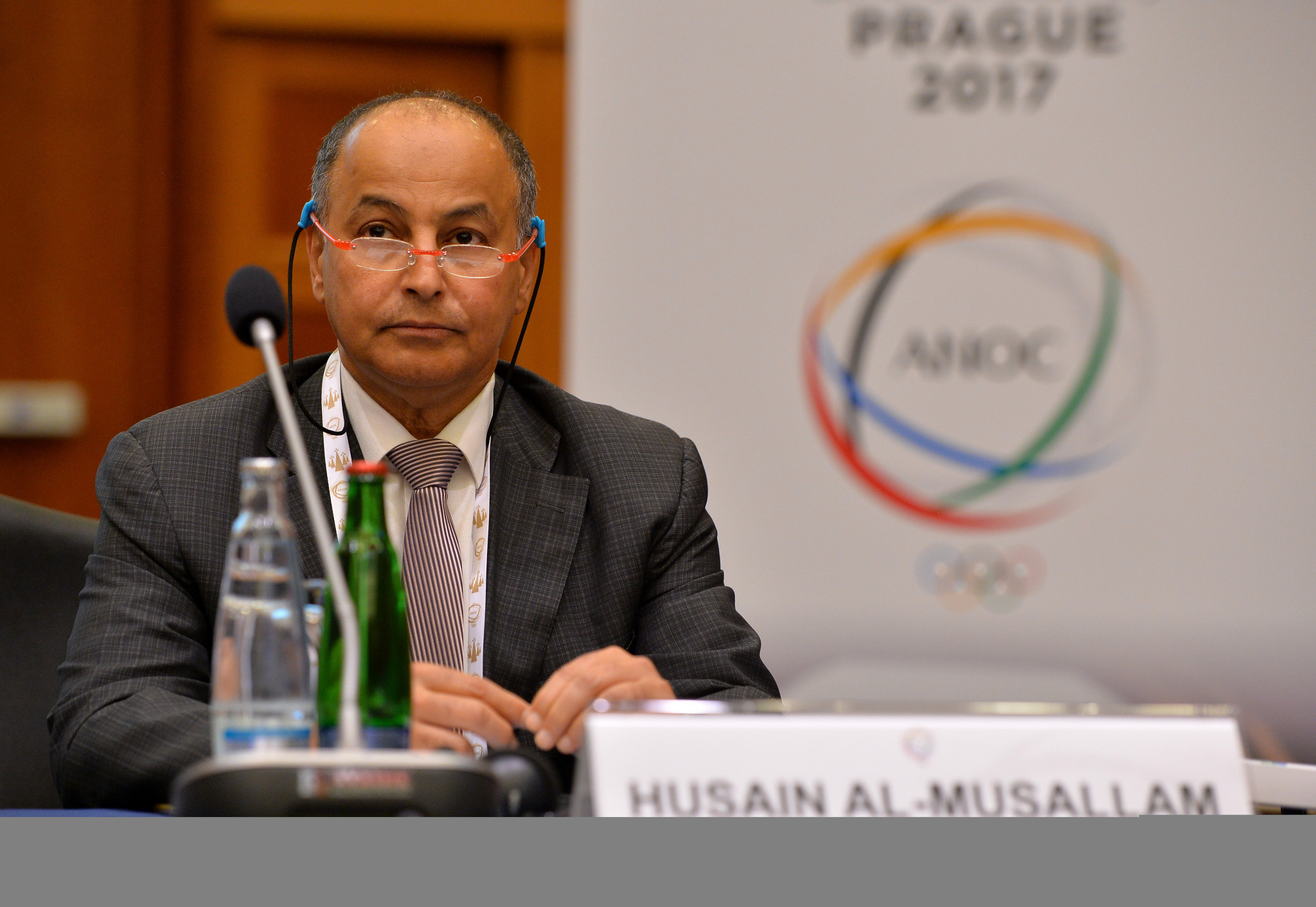 Al-Musallam is in the running to replace long-standing FINA President Julio Maglione after being named the Asia Swimming Federation’s (AASF) candidate last month.

Uruguayan Maglione, who recently turned 85, is due to step down next June after 12 years at the helm.

Al-Musallam of Kuwait is seen as a frontrunner for the role having been first vice-president of FINA since 2015 and has now received the backing of CANA.

Ramsamy’s speech was read out by Jace Naidoo, CANA treasurer general, who travelled to Oman to deliver his continent’s backing in person at the recent AASF General Congress.

"Husain has some very creative ideas to accelerate FINA into a new era - especially taking into consideration the various challenges that are presently arising globally both in the aquatics and economic environment," wrote Ramsamy.

"We were therefore very excited to hear of Husain’s nomination for the position of FINA President for the elections scheduled for 2021.

"Husain has the full support and endorsement of CANA for this post, as we believe his credentials over the last few years in FINA have clearly shown that he has the calibre of leadership to take FINA to greater heights.

Ramsamy was made an honorary member of the IOC after his term as a member concluded at the end of 2018.

The South African is also second vice-president of FINA.

If elected, Al-Musallam would be the first FINA President from Asia in the organisation’s 113-year history.

"As I begin my campaign for this important role, I feel humbled to be able to count on the support of my friends in Africa," said Al-Musallam.

"It is a continent that has made great progress in aquatics in recent years, and if I am elected FINA President I pledge that I will work tirelessly to unlock further potential in all the countries of the world."

"I congratulate Husain Al-Musallam as the first-ever Asian nominee for FINA President and look forward to future collaborations with him for the development of aquatics worldwide," said William Smith, USAS President.

Al-Musallam is a former swimmer and competed at events including the World Championships in the 1970s.

He joined the FINA Bureau in 1996 and became first vice-president in 2015 before being re-elected two years later.

Before the last election in 2017, Al-Musallam was cleared to stand despite being linked to a bribery case involving football's world governing body FIFA.

FINA dismissed the allegation as well as further claims against Al-Musallam concerning commissions allegedly sought from OCA sponsorship deals in 2012.

Aquatics' global governing body is due to stage the election at its General Congress, scheduled to take place on June 5 in Qatar.

The winner is expected to take office after the re-arranged Tokyo 2020 Olympic Games in August.

Dale Neuburger, currently a vice-president, has been backed by the AASF to become FINA treasurer from 2021 to 2025.

Neuburger has previously served as the President of USAS, USA Swimming, and Union Americana de Natación.